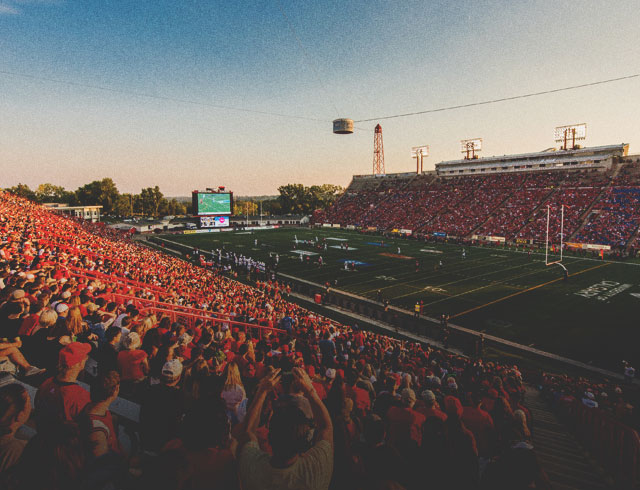 Headed to Calgary for the 107th Grey Cup to cheer on your team? Be prepared for the best party that our nation has to offer!

First a brief history lesson: Calgary invented the Grey Cup party. It was 1948 and the Calgary Stampeders were off to Toronto for the team’s first crack at North America’s oldest sporting trophy. Calgarians jammed trains full of fans headed east and swarmed Toronto in the days leading up to the game. They offered free pancake breakfasts to locals, started parades and dance parties wherever they went, and even rode a horse into the Royal York Hotel lobby. The Stampeders went on to win that game and the country hasn’t been the same since.

Every year, the CFL Family gathers at the site of the championship game. Fans from across the world descend on the host city and raise their collective glasses, bottles, and cans to the teams and the league they treasure so much. This year’s game will be no different.

What teams are in the 107th Grey Cup?

The Hamilton Tiger Cats lost their starting QB and yet ran off the leagues best record at 15-3 and are looking to end a drought that extends back to 1999, the last time the Ticats were able to hoist the chalice.
The Winnipeg Blue Bombers haven’t won a Grey Cup since 1990. They are also playing without their game one starter in Matt Nichols, replaced with the dual threat of Zach Collaros and Chris Strevelor.

Both teams in the 107th Grey Cup have so much riding on the game that the game stands to be a classic. 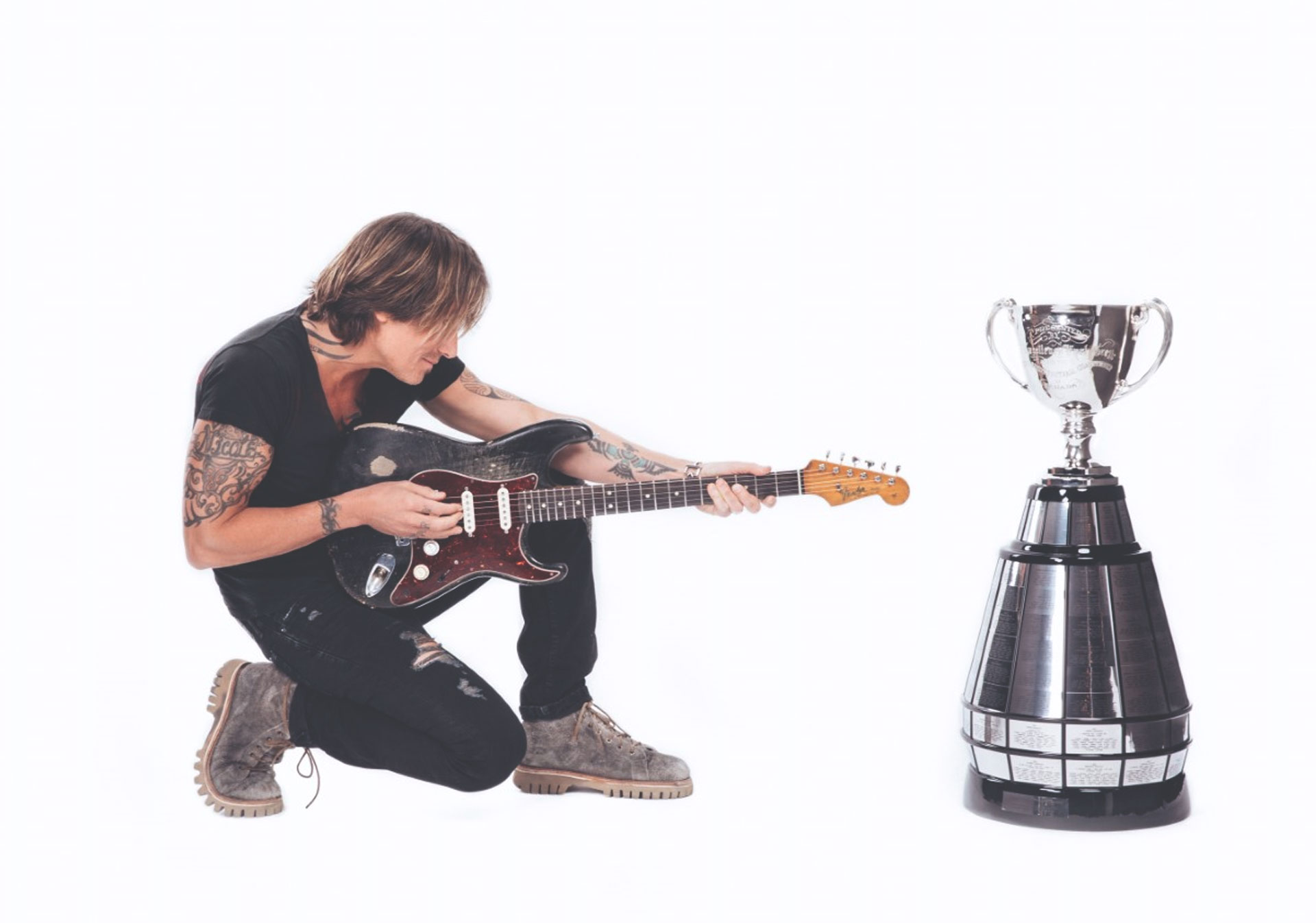 Who is performing at the Halftime Show?

The Freedom Mobile Grey Cup Halftime Show sets the tone for a spectacle, two halves sandwiched around a performance by Grammy Winner Keith Urban, one of the biggest names that has ever played halftime in the Grey Cup game.

For the fans the party starts much earlier than that!

What is the Tim Hortons Kickoff Party?

The Tim Hortons Kickoff Party is a free event at the Big Four Roadhouse on Wednesday night starting at 6:00 p.m. The event will feature special guests, live music, and the Grey Cup itself. This event serves as the opening ceremonies for what will be an amazing event!
This year’s Grey Cup Festival is on the Stampede Grounds and is free to attend. With events like nightly concerts from Canadian artists, indoor family fun zone, and the 17 foot high, 360 degree immersive experience that is the ATCO Stratosphere, there is a ton of ways to spend your time during the day in a family friendly atmosphere.

What is the first ever Grey Cup Rodeo?

One of the biggest attractions this year will be the first ever Grey Cup Rodeo on Saturday at 5:00 p.m. Anyone that is in town that has never been to a rodeo event should definitely check this out. A one-of-a-kind event in which every CFL fan will have a rooting interest as the nine cowboys in each event will be wearing a team’s CFL jersey and representing their team.
Supress from menu
No 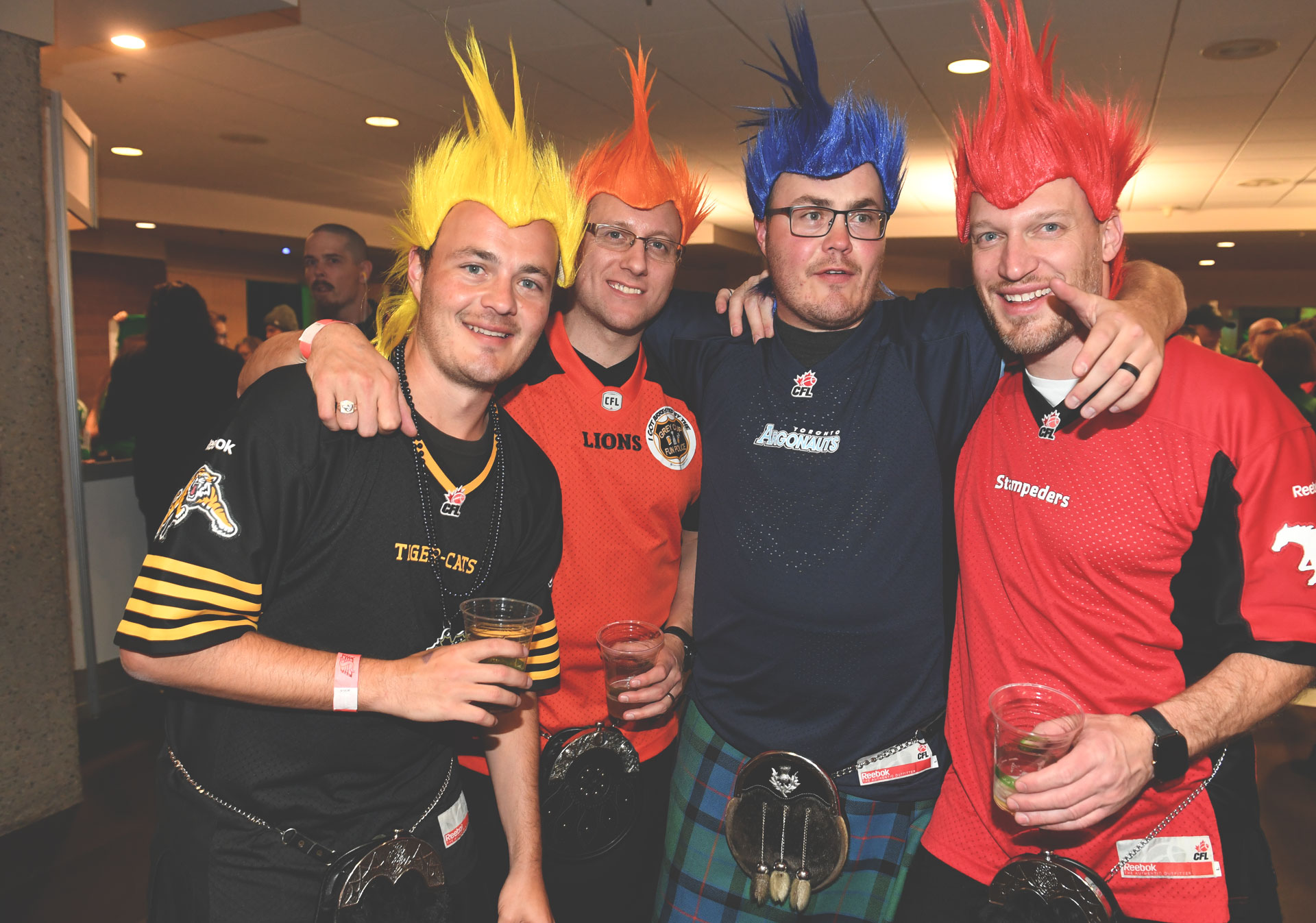 Fans from across the CFL celebrate the Grey Cup.

Where can I find the CFL Team Parties?

Then there are the team parties. Located on the Stampede grounds, each team has a party area to call their own. Whether it’s sociable time in the Spirit of Edmonton Team Party, or a licking of wounds in Riderville Family, or a desire to see into the future of the Atlantic Schooners Team Party, every team party is always filled with friends you haven’t made yet.

What’s the best way to get around Calgary?

Calgary Transit has extended the free fare zone to include the stop at the Stampede grounds as well. This means that you can travel free to the Festival site from any downtown stop on the LRT and service has been extended Friday to Sunday until 2:30 a.m. which means there is a very easy way to get back to your hotel or a friend’s house you are calling home during your stay.

Where should Winnipeg Blue Bombers fans go to eat?

If you are a fan of the Winnipeg Blue Bombers looking for a taste of home, I’d suggest any of a number of good Shawarma places in the downtown core including the Falafel King, just one block off the LRT downtown free fare zone. It may help scratch that IGF Shawarma Kahn itch you are having. Most of the Mediterranean places in the downtown do close before the night really gets going but make for a great stop on the way down to the party.

Where should Hamilton Tiger-Cats fans go to eat?

Ticats fans on the other hand would do well to find any of the excellent steakhouses that Calgary has to offer and get some of the best beef in the world. Give yourself a treat you won’t be able to resist!
Supress from menu
No 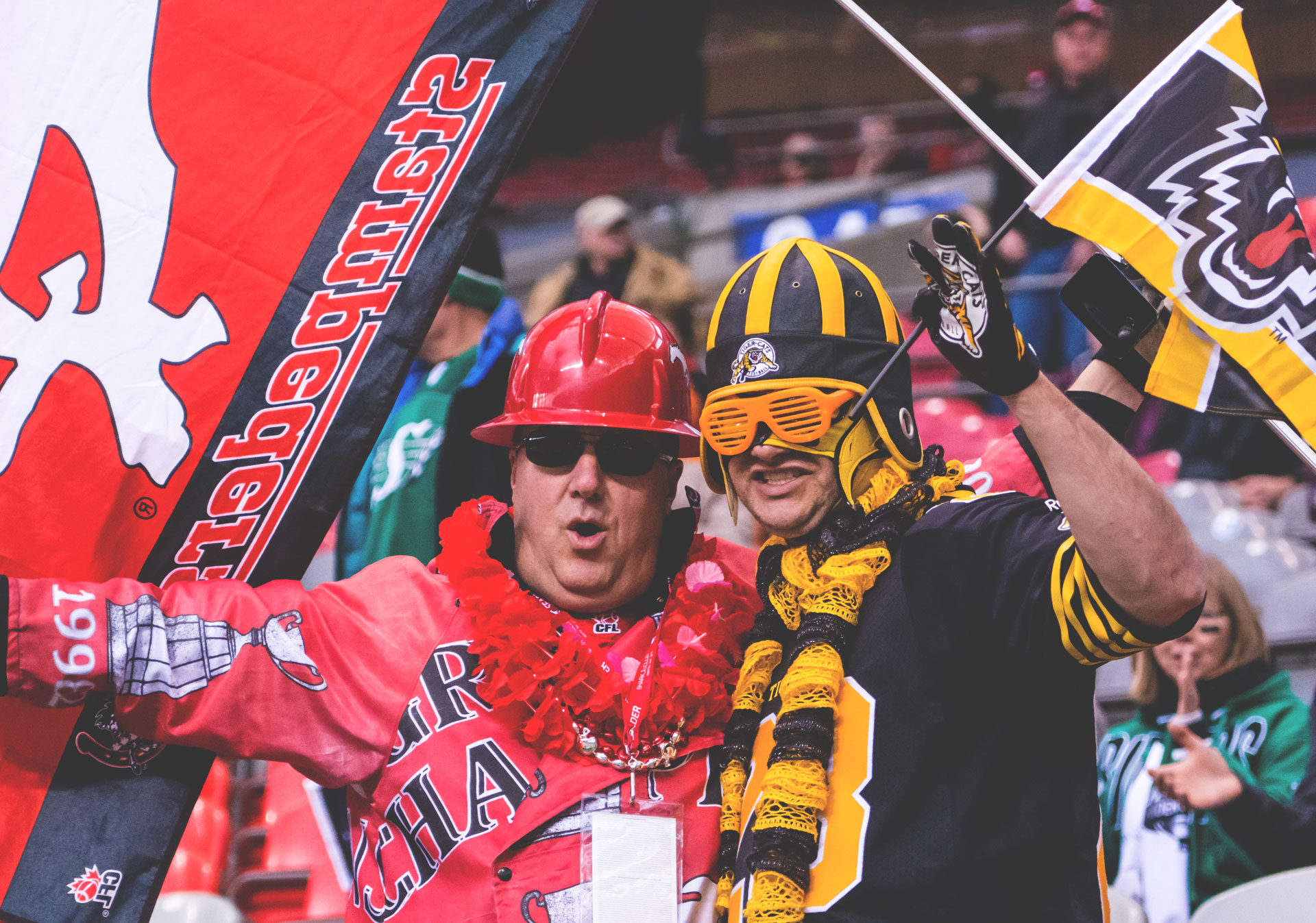 What else should I do to celebrate the Grey Cup?

Here’s some other things you should add to your Grey Cup bucket list.

Get a ticket from the Grey Cup Fun Police. A mainstay throughout the CFL, these officers of CFL law will cite you for any number of violations. A ticket from the fun police means you are doing Grey Cup right!

Take a picture with the Wandering Glenns. New to the Grey Cup scene this year, this troupe pays homage to retired player Kevin Glenn and his unique achievement of having played for every single team in the league. The Travelling Glenns will also be distributing the 2019 version of the Canadian Football Podcast Network trading cards.

Find the Stallions fans and say hello. There used to be American teams in the CFL. While the expansion didn’t last, the Baltimore Stallions are the only team that managed to win a Grey Cup Championship and ever since a few diehards from Baltimore make the trip. You can’t miss them in their floor length dusters and cowboy hats.

Pick a team to root for and stick with them. Whether it’s the rivalry that encourages you to root against a team or just a willingness to see one streak come to an end, sports are always more fun when you are rooting for someone. So, pick a team and cheer them to victory!

What about the Grey Cup game?

Finally, we have the big game itself. It’s not too late to get tickets to the 107th Grey Cup as there are always some made available during the week. You will get to see the pageantry that is the Grey Cup. You will get a ticket to a Keith Urban concert and from the looks of the current forecast, it will be comfortable evening at the park as well.
Bundle up a little and let the magnificent views from every single seat at historic McMahon Stadium show you the best football the CFL has to offer, from the pregame tailgate party to the final whistle.
Supress from menu
No
By
Ryan Ballantine is CFL fan and a proud member of the CFL Horsemen.