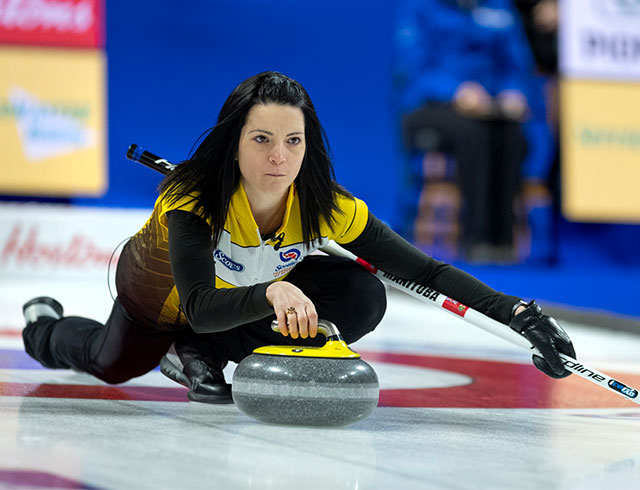 Everything you need to know about the curling bubble in Calgary in 2021.

Curling returns with a series of 2021 championship tournaments at WinSport’s Markin MacPhail Centre in Calgary. Each tournament will take place in a bubble with no fans in attendance, but you can still watch all the action from home. Check out the events to see, what key draws to watch, and all the health and safety protocols keeping the participants safe. You can even celebrate the tournaments with curling-themed beverages from local craft breweries while you watch from home.
Here’s everything you need to know about this historic collection of curling majors in Calgary from two-time Canadian Olympic curler and Alberta Sports Hall of Fame inductee Cheryl Bernard.
Supress from menu
No

What curling tournaments are being hosted in Calgary?

Why are these tournaments important?

The Scotties, Brier and the Canadian Mixed Doubles Championships crown our Canadian champions and those teams go on to represent Canada on the world stage later in the year. The world championships have even more riding on them this year as the top six countries at each event will lock up berths in the 2022 Winter Olympics. Canada needs to place in the top six to be represented at the 2022 Winter Olympics. The Grand Slam events allow teams to acquire critical points toward the Olympic Trials qualifying process.

How can I watch each tournament?

TSN will broadcast the Scotties, Brier, Canadian Mixed Doubles, and the World Men’s events. Check out the draw and broadcast schedule before each tournament starts.

Sportsnet will broadcast the final two Grand Slam events. Check out the draw and broadcast schedule before each tournament starts.

Visit the Curling Canada website for all the info on this year’s tournaments in Calgary.

What is the format of the Scotties Tournament of Hearts and Tim Hortons Brier?

The Scotties & Brier normally include 16 teams, but Curling Canada has expanded the field to 18 teams this year. 14 of those teams come from provincial member associations plus Team Canada and three Wildcard teams. This expansion to 18 teams will make it one of the deepest fields ever seen in a Canadian Men’s or Women’s curling championship.

From the first draw of both the Scotties and the Brier until the final draw on Thursday is defined as the “round robin” and broken into two pools of nine teams. You play eight games in the round robin with the goal of being one of four teams in each pool with the best record to qualify for the Championship Pool.

Friday morning to Saturday evening is the Championship Pool games and they are intense. Your goal? Get into the three-team Playoffs which start Sunday morning. And even better? Get first place in the Championship Pool and you will earn your spot directly to the final and that elusive Canadian Championship title and a trip to the World Championships. Second and Third will play earlier on Sunday in a one-game Semi-Final.

Like what you are reading? Stay connected with us to receive updates with inspiring stories and unique ways to stay connected with our communities and local businesses. Plus exclusive offers, contests, and more! 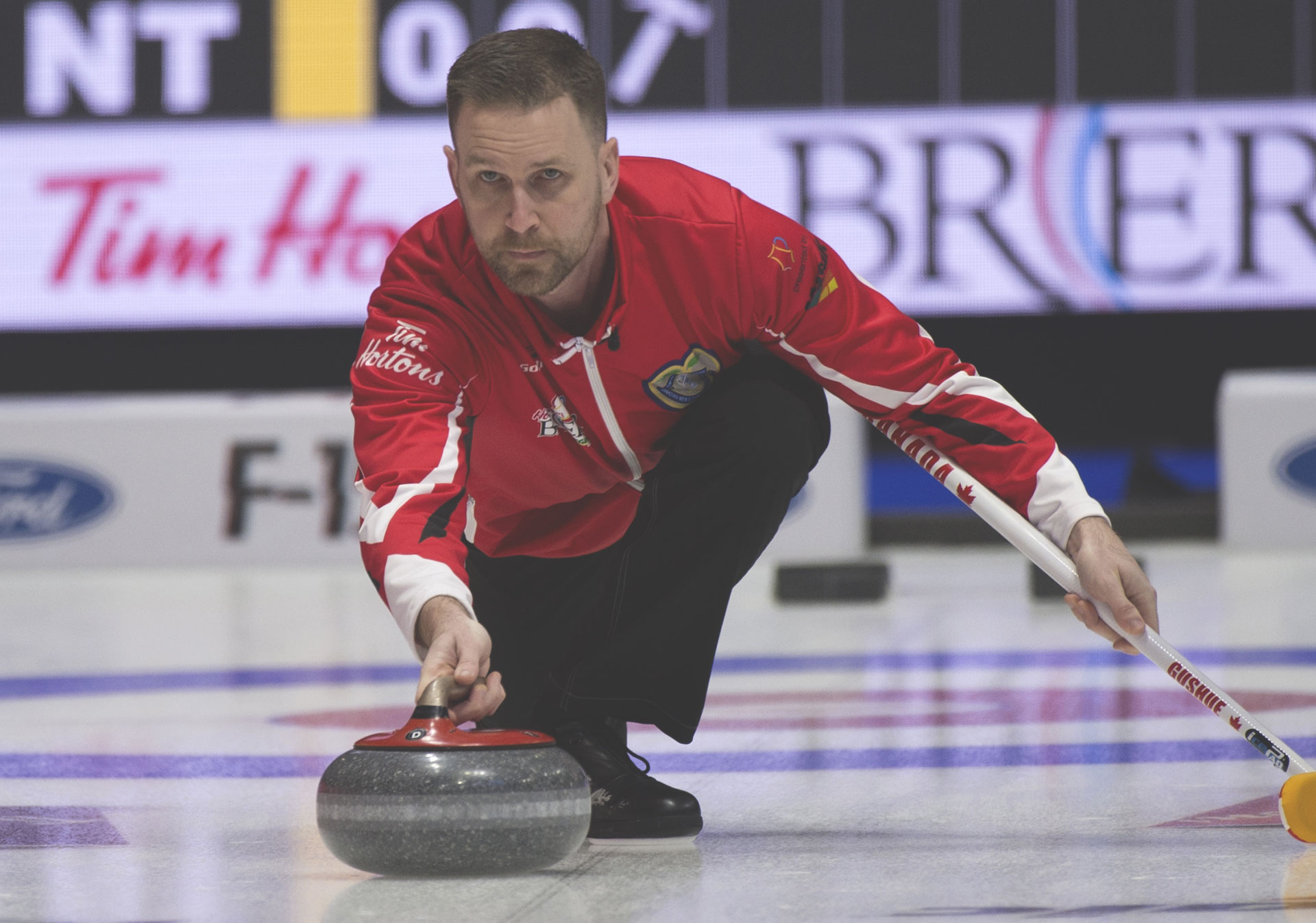 What are the key draws to watch?

Team Canada (Einarson) vs any team will be great curling. They’re the reigning Canadian Champions and hungry for a World Championship experience as the 2020 Worlds were cancelled due to COVID-19. Their draw versus Team Ontario (Homan) is a rematch of last year’s Scotties Final. Don’t miss this one.

Team Manitoba (Jones, 2014 Olympic Gold Medalists) vs Team Ontario (Homan, 2018 Olympic Curling team) is a must watch. These two teams combined, hold Canadian, World, and Olympic titles and will entertain every draw. Manitoba fans are in for a treat and great odds that Manitoba could win the Scotties Tournament of Hearts with at least four Manitoba teams at the Scotties Tournament of Hearts.

If you are an Alberta fan then your defending Alberta Champions, Team Walker is the team to root for. This is their second trip to the Scotties, and they will look to move up into a playoff spot.

Team Canada (Gushue, three-time Brier Champion, World Champion and Olympic Champion) will be a great team to watch on any draw but slate the rematch of the 2020 Brier final vs Team Alberta (Bottcher) into your calendar.

If you are an Alberta fan, you have two great opportunities to win the Brier. Team Alberta (Bottcher) is a three-time Brier finalist and the defending Alberta Champion. Team Koe should be one of the three Wild Card teams. Koe is a two-time World Champion and represented Canada at the Winter Olympics in 2018. Koe has a higher ceiling than most when it comes to shot execution and will be a serious contender.

Team Northern Ontario (Jacobs, 2014 Olympic Gold Medalists) are high octane, high intensity and always in the playoff round. Team Ontario (Epping) is currently ranked second on the Canadian Team Ranking System and just missed the Brier playoffs last year. They will want a chance to return to the playoffs.

What are the key safety measures for the tournaments hosted in Calgary?

Curling Canada has built on models that have already demonstrated success, including the NHL, NBA, World Jr’s. Anyone coming into the bubble will be required to self-isolate for at least a week or longer before they enter.

The venue will be separated into Red, Blue, and Green Zones, with green representing people who have access to the field of play, like players. Anyone in the Green Zone will have to stay in a single room at a hotel where they, and they alone, will be allowed to enter or leave. Anyone in the Green Zone will also need to provide a negative COVID-19 test within 72 hours before their departure to Calgary and they will be tested multiple times during their stay.

Indoor-mask-wearing and social distancing will be mandatory along with daily temperature and symptom checks for all participants entering the zones. Every person in the bubble will have to download the Federal Government's COVID Alert App as well as the Alberta Trace Together App.

Supress from menu
No
By
Cheryl Bernard 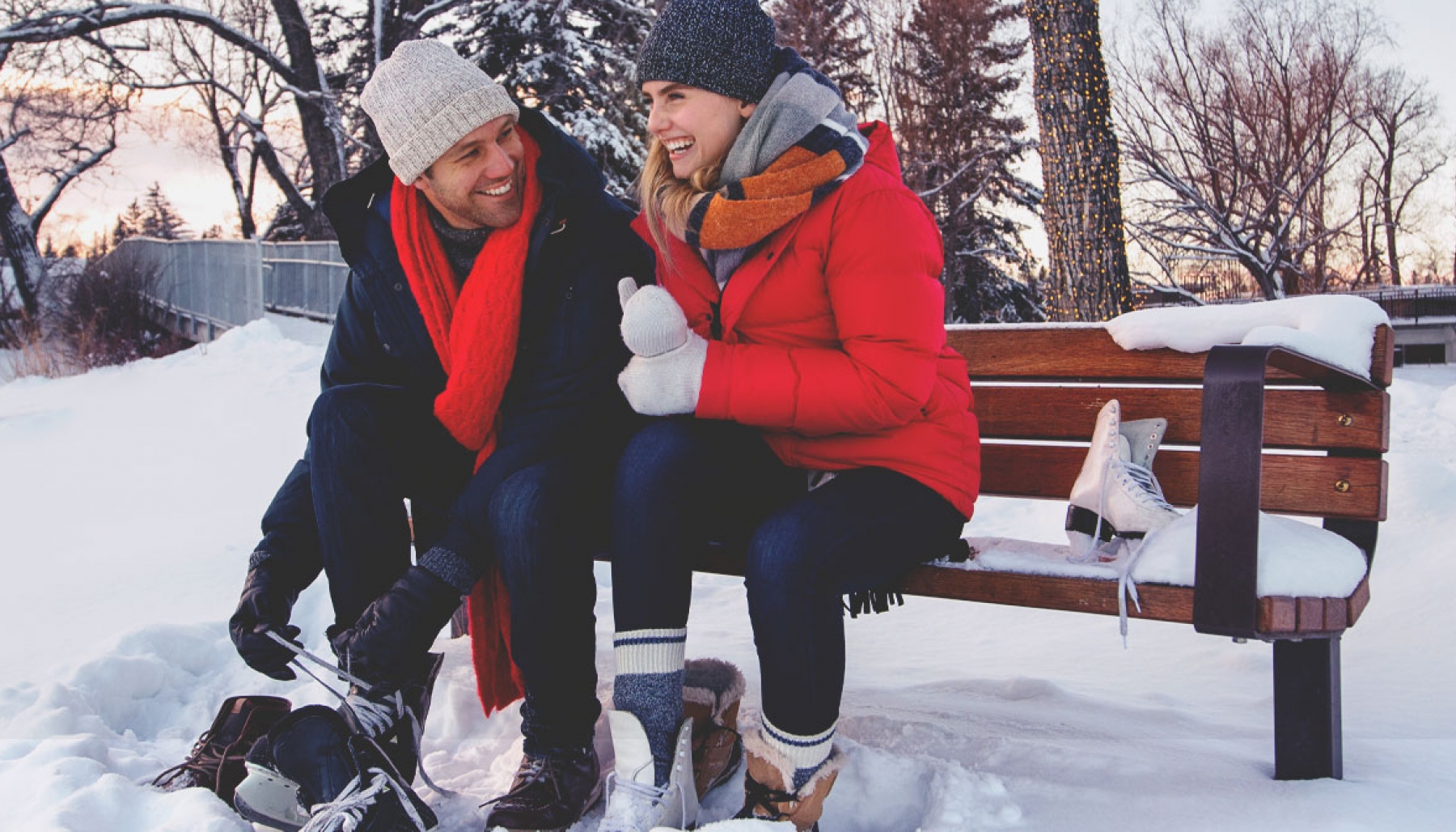 Best Outdoor Activities in and Around Calgary

Parks, hiking trails, ski resorts and more make up the top things to do outside near Calgary