A Torontonian’s Guide to Calgary

Visiting from the GTA

A Torontonian’s Guide to Calgary

Local tips for anyone visiting Calgary from Toronto.

When I first moved from Toronto to Calgary, here’s what I knew: There were going to be cowboys and the mountains were close by.

Literally, that’s all I knew – yes, I admit that I probably should have done more research.

Seven years later, I can officially confirm that both of these assumptions were true, although you tend to see a whole lot more cowboy hats in Calgary than actual cowboys or cowgirls.

But here’s what I was missing - there’s so, so much more to Calgary than what the stereotypes suggest. As a born-and-bred, Drake-loving, long-suffering Toronto sports fan, I wouldn’t lasted long if cowboys and mountains were the only things Calgary had going for it. All these years later, though, I'm still here!

When friends and family from the GTA come to visit, their final destination is inevitably going to be the Rockies. I get that, and I don’t blame them. But if you’re coming to Alberta from the Toronto-area, your trip’s not going to be complete without at least a day or two in Calgary, and here’s why. 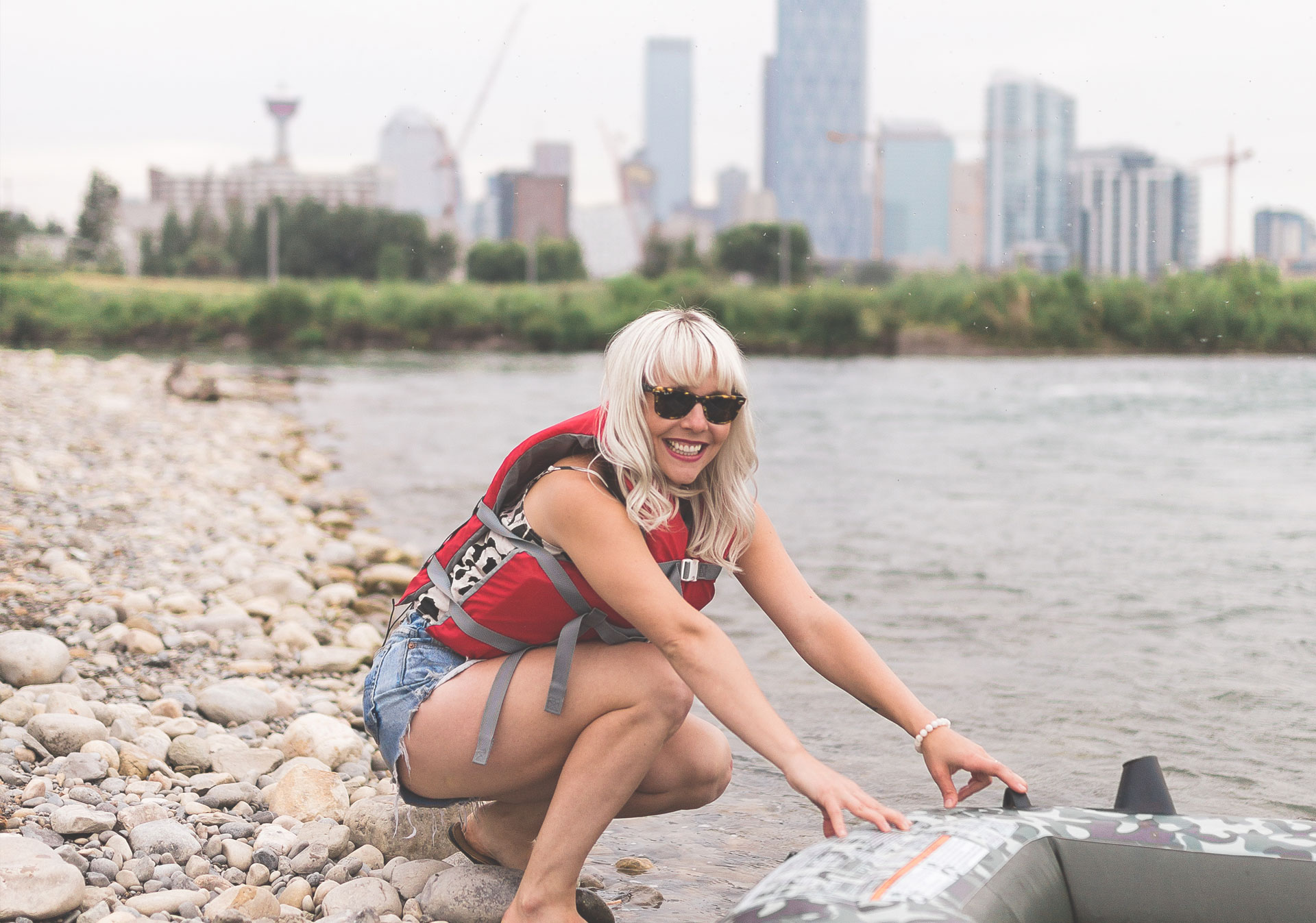 You have to float the river when you visit Calgary! (photo: @Davey_Gravy)

Growing up, it seemed like the number one rule my parents had to repeat whenever I left the house was “Don’t swim in the Don River.” In Calgary, it’s different. The rivers here aren’t just toxic sludge like some other cities.

Both the Bow River and Elbow River weave their way through the city. Even in downtown, the rivers are right there, providing a reminder of the wonders of the mountains they flow from.

Floating down either the Bow or the Elbow in the summer is almost a right of passage for new Calgarians and visitors, and you’ll find surfers and kayakers taking advantage of the pristine water throughout most of the rest of the year.

The banks of the Bow offer a perfect way to explore the city, too, as there are bike and pedestrian paths that follow the river for almost its entire journey through Calgary, connected to the extensive system of bike lanes that make getting around the city easy for cyclists.

Every time my sisters come to Calgary, we have to reserve a day for them to visit consignment shops.

For reasons that I don’t totally understand, the city is apparently a goldmine for second-hand women’s clothing that looks great when my sisters are strolling through the Annex back home.

Whether it’s Vespucci in the Southwest, Feisty Consignment in Mission or the Lavishly Yours Boutique downtown, Calgary seems to be a fashionista’s paradise – and you don’t need to worry about running into someone with the same outfit once you get back home.
Supress from menu
No 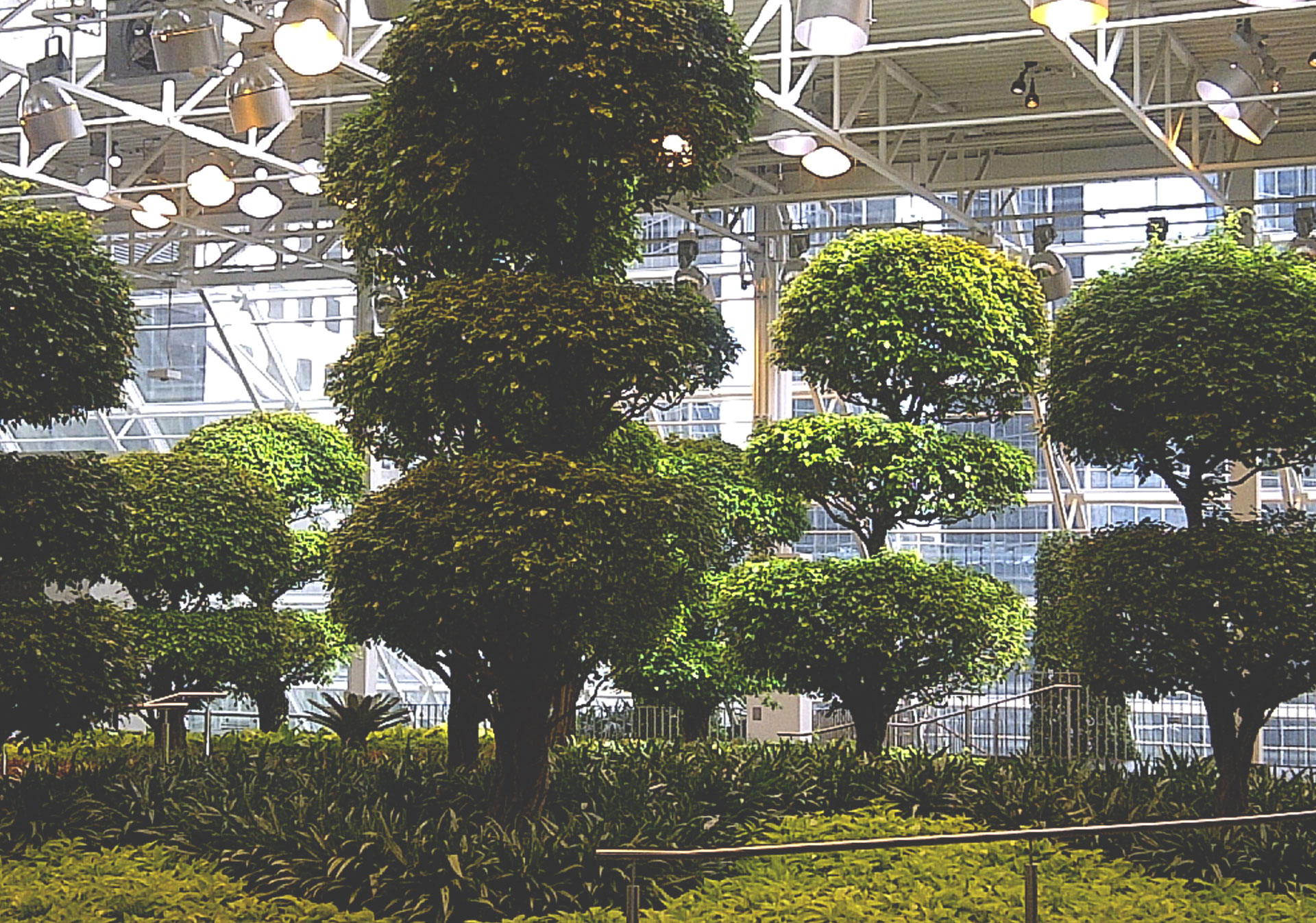 The Plus 15 – an extensive indoor walking system – connects all of downtown Calgary, and locals are definitely grateful for all the amenities it provides during the deepest, darkest depths of winter. Think of Toronto’s underground PATH system in the financial district, but, well … above ground and with a whole lot more natural light.
There are some hidden gems in the system, including Devonian Gardens, an indoor botanical garden that is maintained by the City of Calgary itself and will make you feel like you’re far from all the urban madness that surrounds you.
Supress from menu
No 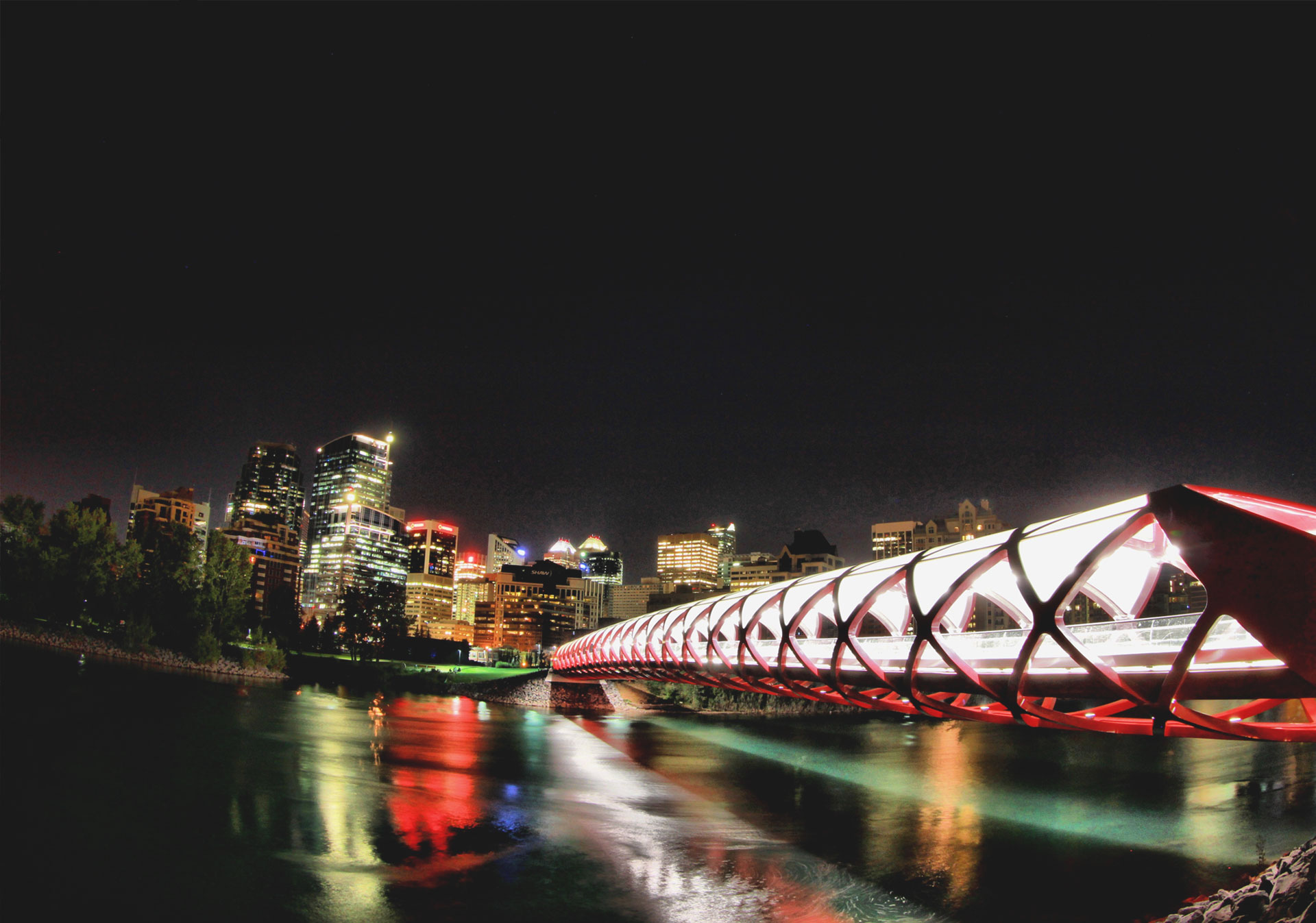 The Peace Bridge at night

Like Toronto, Calgary has dramatically changed over the past 15 years, and the proof is in the architectural pudding.

The Peace Bridge is a stunning piece of pedestrian- and cyclist-only urban design that connects downtown to the Kensington and Sunnyside neighbourhoods. Designed by Spanish architect Santiago Calatrava, it is a genuinely stunning piece of public space and not a bad spot to snap an Instagram picture, either.
When you’re done there, head to Calgary’s new Central Library. Opened in late-2018, the library might be Canada’s most breathtaking piece of new urban infrastructure. Located just east of City Hall and in the quickly growing East Village neighbourhood, the library’s modern exterior is matched only by what’s inside: a brightly-lit, innovative public space that offers a futuristic interpretation on what libraries can be.
While you’re in the area, stop by the Studio Bell, home of the National Music Centre or grab a drink at the King Eddy, one of the city’s best destinations for live music or just putting your feet up with a pint.
Supress from menu
No 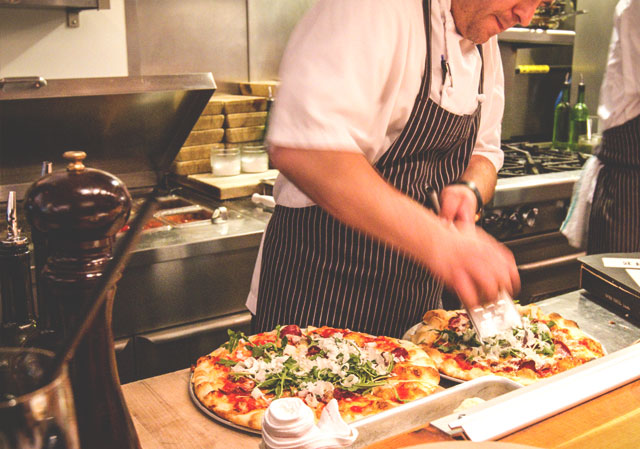 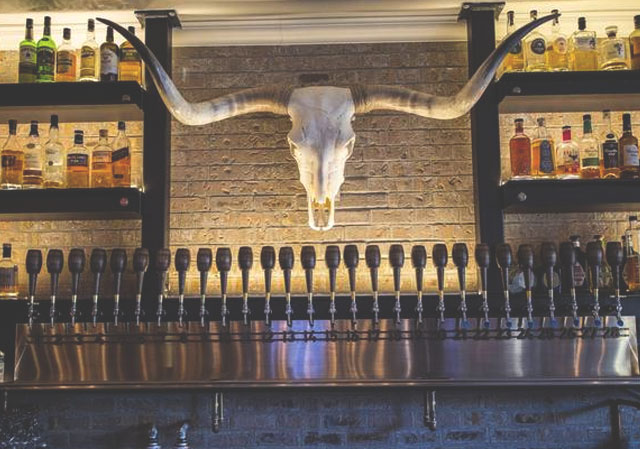 Get the Local Neighbourhood Experience

Remember how back before glass condo towers started popping up on every corner, people used to talk about Toronto as a city of neighbourhoods?

That’s sort of what Calgary is like these days, and they’re all worth exploring.

The Beltline is the densely-packed area just south of downtown where you’ll find all the locally-owned bars, restaurants and shops you can dream of, especially along 17th Avenue SW. Everyone will tell you this, but the pizza at UNA is sublime and the roti at Simply Irie is as good as anything you’ll find back home.
Head over to Kensington, though, and it’s a whole other world. Hayden Block has some of the best barbecue in town, the Oak Tree Tavern has everything you could possibly want on tap, while the Higher Ground Café has some of the best baristas in the city and plenty of food options. It’s all just a quick walk from downtown, too.
A little further to the east, you’ll find Inglewood. One of the oldest neighbourhoods in the city, Inglewood is bursting with life these days and it’s probably worth just walking up and down 9th Avenue SE and exploring it all. But if you’re looking for recommendations, Cold Garden Beverage Company is one of the best places to grab a drink – or a few – in the entire city, while the meatball sandwich at Spolumbo’s Fine Foods & Deli is spectacular and any meal you get at The Nash is going to blow your mind. The Calgary Zoo is nearby, too, so that’s an added bonus.
Supress from menu
No 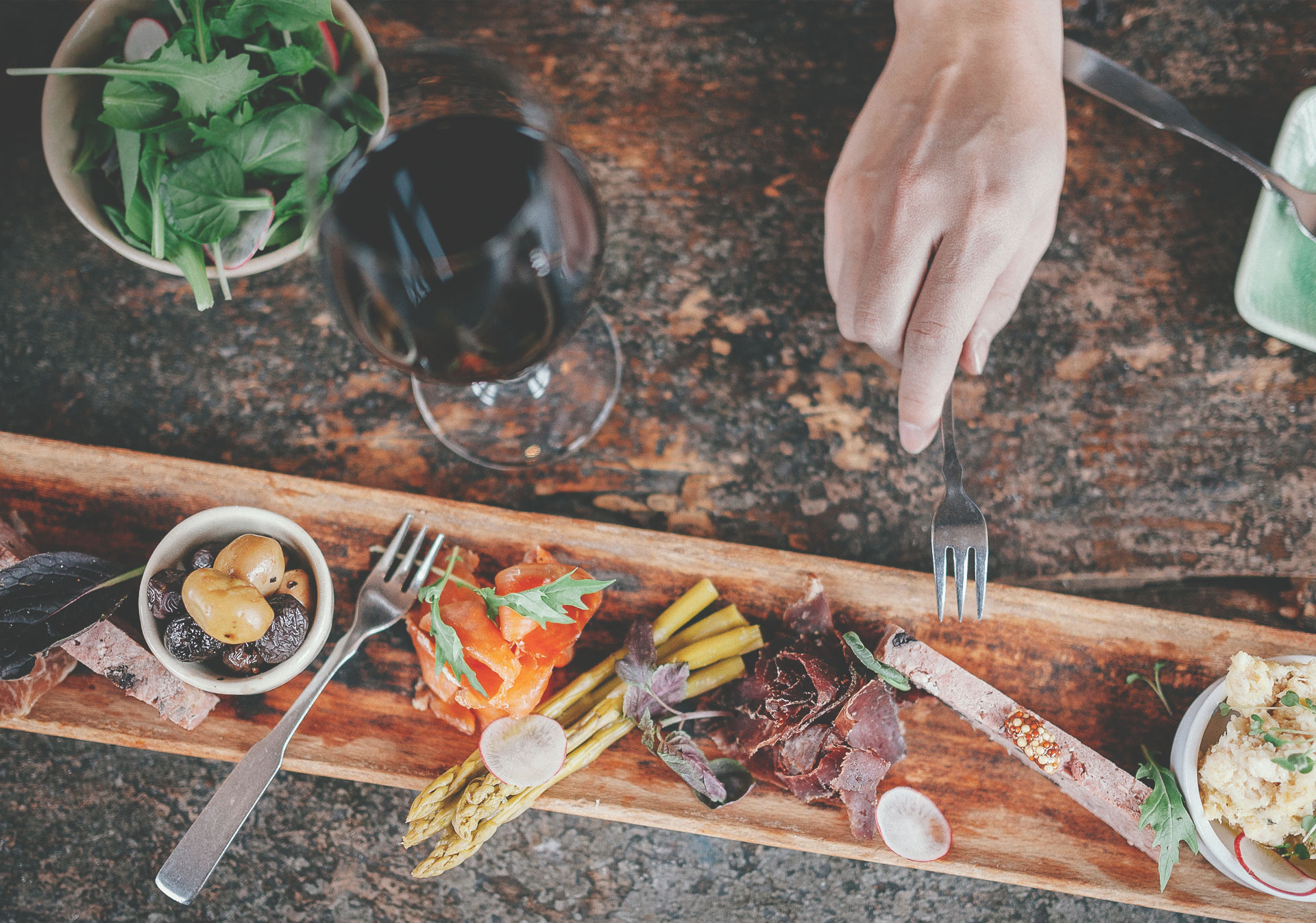 River Café is a long-time favourite in Calgary

You might not have heard much about Calgary’s food scene, but you’ll likely make sure people know about it once you’ve tried it out.

The River Café on Prince’s Island Park is a long-time favourite nestled into one of Calgary’s most beautiful parks, while the wait for brunch at Vendome in Kensington or the Blue Star Diner in Bridgeland are always worth it.
Lunch at Alumni is a new favourite – try the Turkey & Brie sandwich is incredible – while the vegetable-anchored menu at Ten Foot Henry is the sort of thing you’ll come back for.
We could name so many more – Model Milk is consistently ranked among the best restaurants in Canada, for example – but the point is this: You want to head to the mountains with a full stomach, and Calgary can compete with any city in Canada when it comes to making sure you get a world-class meal.
Supress from menu
No

If you’re feeling like finishing your time in Calgary off with a little night cap, you’ve got a whole lot of options.
The Ship & Anchor is unlike any bar that you’re going to find in Toronto, and is a genuine community hub for people in the Beltline, while Milk Tiger has classic cocktails and a laidback scene just around the corner.
The city’s LGBTQ scene is booming, too. The dancefloor at Twisted Element is packed on the weekends and The Backlot is a hidden gem.
Need more recommendations? Try the Unicorn on Stephen Ave if you’re looking for an East Coast vibe. Also on Stephen Ave is the National on 8th, which has the largest rooftop patio in Western Canada and is a great spot to enjoy the sunshine in the summer while looking at the buildings surrounding you in the Downtown Core.
There might be more bars in Toronto overall, but trust me, there are some things that are just better in a smaller city, and finding somewhere that’s packed is one of them.
Supress from menu
No
By
Danny Austin

10 Must Do Calgary Experiences

Memories you will never forget with 10 must do experiences in Calgary. 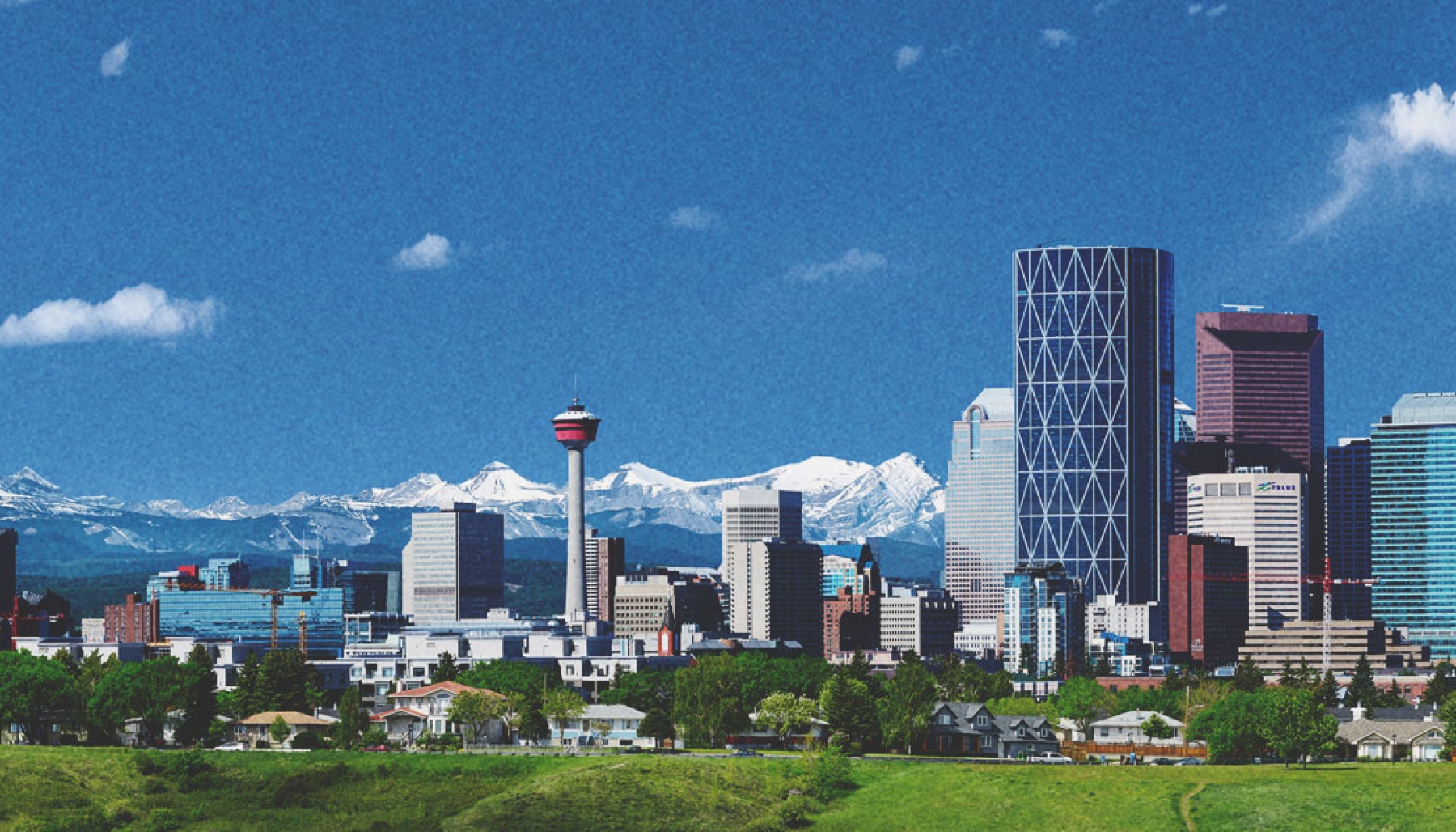 Travel on a Budget

Visit Banff & Calgary on a Budget

Budget friendly tips and tricks from Calgary to Banff.