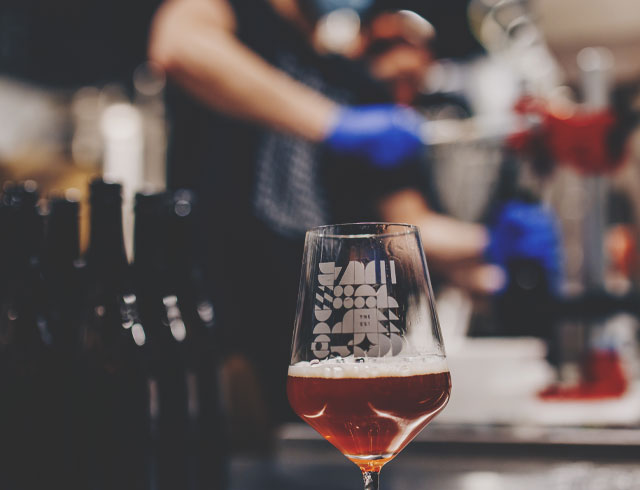 Hemp. Horchata. Seaweed. Calgary’s craft brewers are having a blast and no ingredient is off-limits. Calgary’s craft brewery scene is young, adventurous, and ambitious. Home brewers experimenting with wild and wacky ingredients now get to play with large commercial systems and share their weird creations with the world. You may not find these oddities in the beer style guidelines, but they will find a place in your heart. Some call these experimental beers odd. We call them delicious.

Please verify the status of all activities and refer to our COVID-19 Traveller Update for more information.
Supress from menu
No 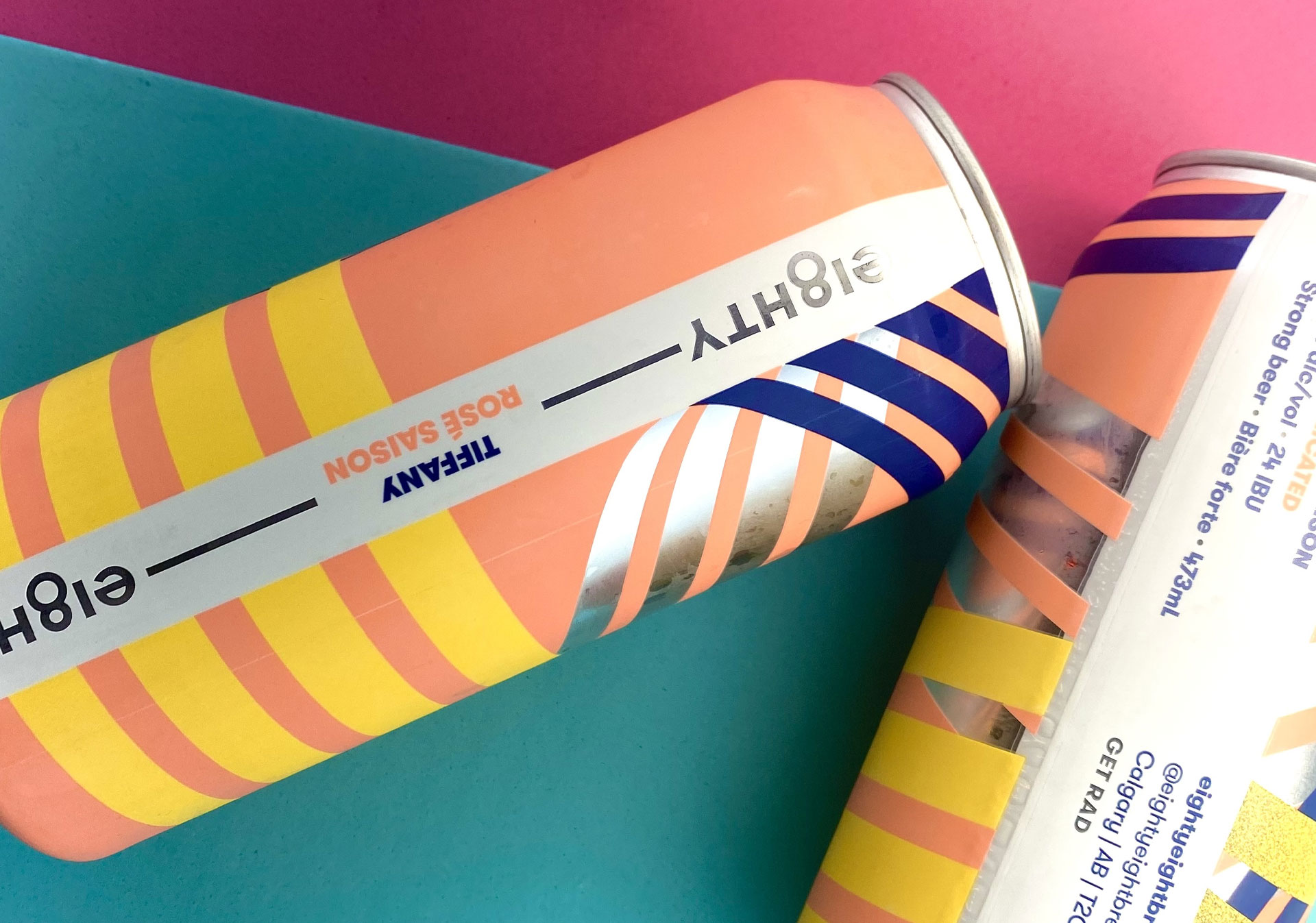 The Tiffany Rose Saison from Eight-Eight Brewing Company in Calgary.

1988 was a golden year for Calgary - the ‘88 Olympics, the hair, the music, the neon. The Tiffany Rose Saison encapsulates those wild times, blending old and new with wanton abandon. It’s a French-style farmhouse beer, blended with Pinot Noir grapes. It’s pink, tart, bone dry and all sorts of fun. It’s a sure-fire way to help you get rad!

Mint. It’s great in cocktails. You wouldn’t brush your teeth without it. But in beer? When blended with raspberry and a full wheat beer body, that’s a big yes! Hi Cutie is a surprisingly refreshing and well-balanced ale and it’s gotta be good for your breath, right?

There’s a very special ingredient in this highly popular beer from Wild Rose Brewery. The tropical hop blend in High Harvest sure is good, but it is the velvety hemp flour that gives it its cloudy appearance and luscious mouthfeel.

Made as a collaboration with local Japanese restaurant Shokunin, this easy-drinking rice ale is infused with fermented rice leftover from sake production to give a unique, funky flavour and aroma. You’ll definitely want to pair this with food from one of Calgary’s amazing Japanese restaurants. 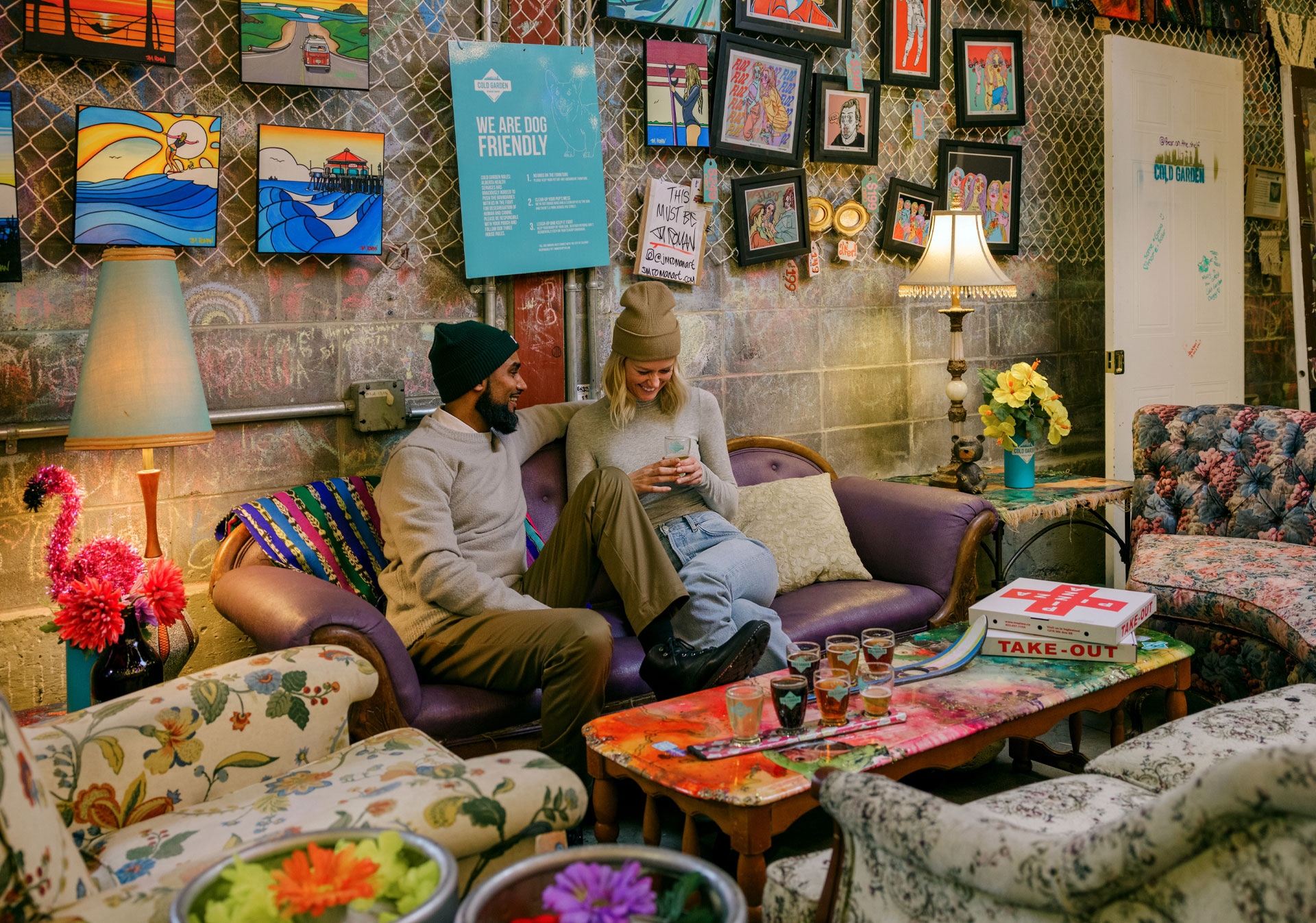 Cronk is the drink! Cold Garden underwent a wild experiment in 2020 to recreate a mysterious beverage unearthed in an 1883 edition of The Calgary Herald, with ingredients such as sassafras, sarsaparilla, hops, chamomile, cinnamon, ginger, green tea and molasses. It has since become legend. Enjoy it at the similarly eclectic Cold Garden taproom, where pool noodles and glitter balls in the shape of pineapples and garden gnomes adorn the room. Is it beer? Is it soda? Is it magical? You decide.

Cream ale is normally a “safe” beer style, but when the death metal-driven brains behind New Level Brewing Company get their hands on it, it is anything but! Loads of lactose (New Level’s hallmark ingredient), cinnamon and almonds make this horchata-flavoured beer taste like a dessert in a can.

Outcast has made a name for itself by brewing sour beers that contain a ridiculous amount of fruit, so much so, that you’d swear you’re drinking a fruit smoothie instead of a beer. With flavours such as blueberry pie, cherry cheesecake (with whole blocks of cream cheese added to the brew) and strawberry milkshake, your taste buds won’t know what to think!

Most breweries in Calgary don’t have to worry about how their beer pairs with food, but when you’re a brewpub like Prairie Dog (home to Clifford the big red smoker, capable of smoking 1,800 lbs. of meat in one go) the two become intertwined. Their sweet stout is spiked with cacao nibs, ancho chiles, guajillo chiles, and morita chipotle chiles to make a beer that tastes like a Mexican hot chocolate or a mole sauce and pairs perfectly with their Baja-inspired Champurrado Brownie. 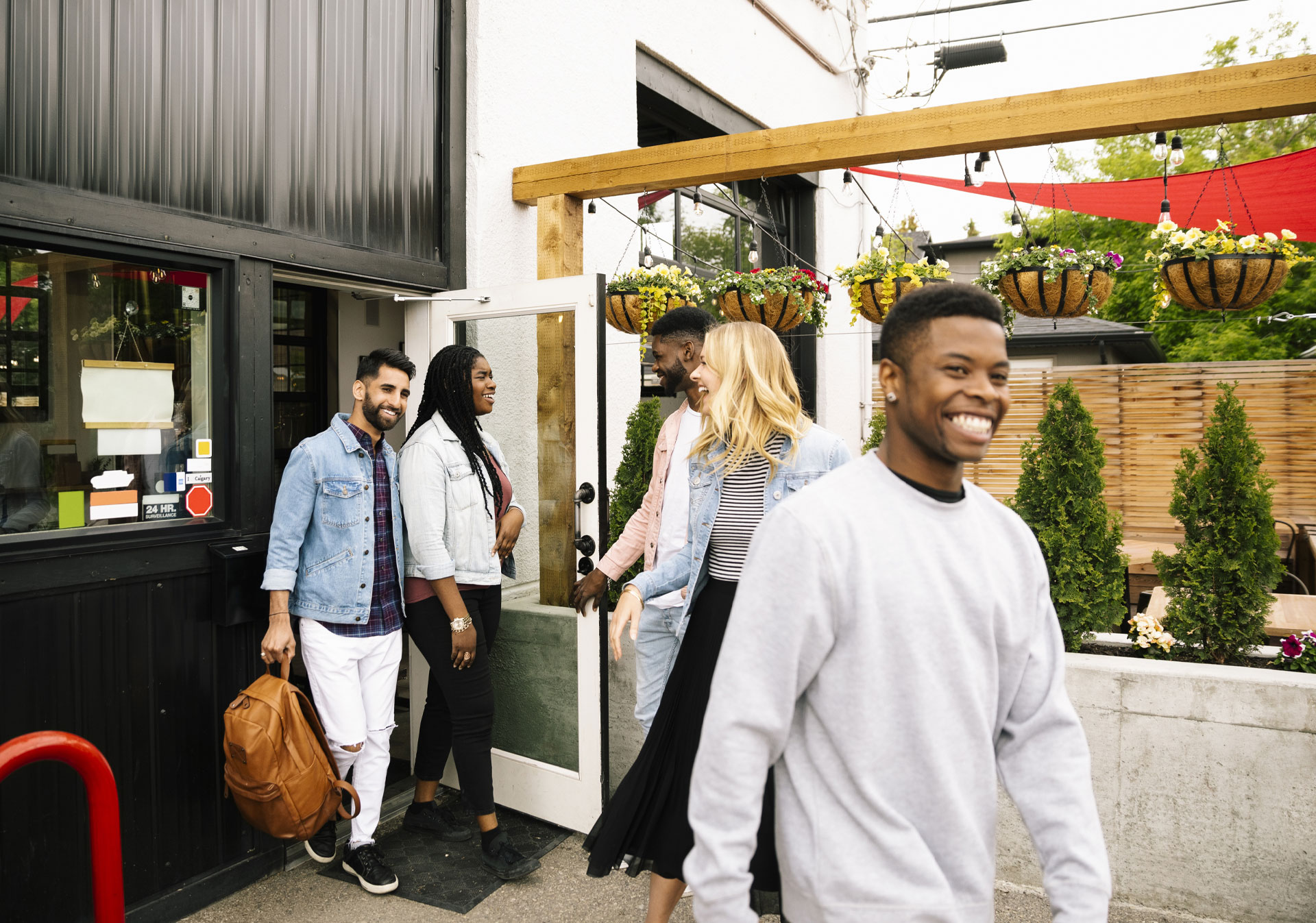 Tucked off trendy Inglewood’s main street is High Line Brewing Company, which makes small-batch brews with kooky ingredients including cucumbers, yerba mate, molasses, watermelon, and seaweed! Their Seaward Gose, a sour, salty German style features kelp as a key ingredient to emphasize the saltiness of this historic beer style. Tastier than a day by the seaside and just as refreshing. 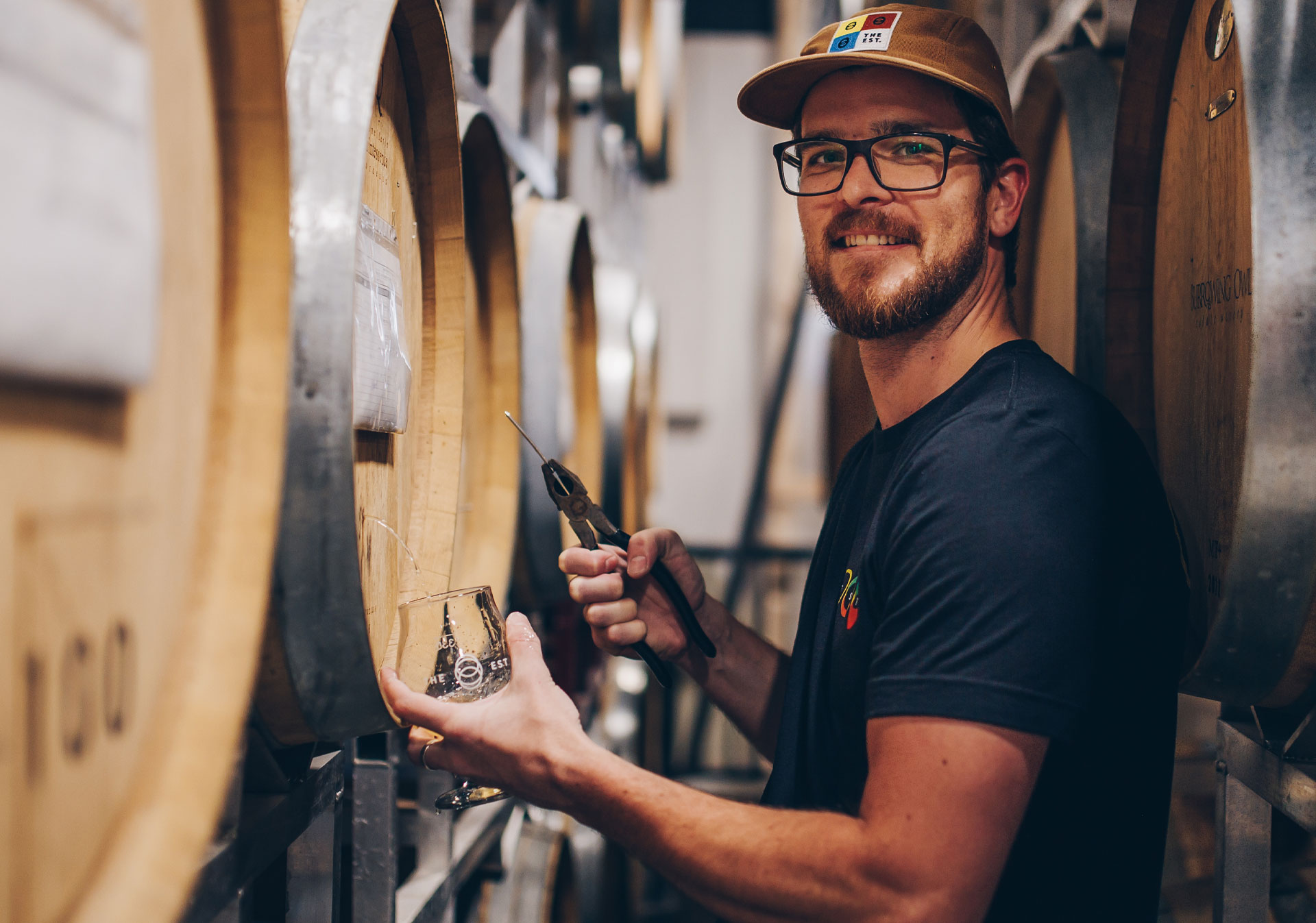 Establishment is Calgary’s first brewery focusing on European-style barrel-aged mixed fermentation beers and is always releasing one-off limited edition bottles. Their barrel program uses their own wild yeast cultures which have been developed and maintained over the years and see unique and fun fruit and spice additions such as ginger, plums, rhubarb, bergamot, black tea, and passionfruit.

As a landlocked city, any taste of the tropics is warmly welcomed in Calgary! Brewsters, one of Calgary’s oldest operating breweries, unleashes a whopping amount of toasted coconut into their English porter to infuse it’s dark, rich flavours. With notes of milk chocolate and cocoa, this beer is like sipping on a liquid Bounty bar. 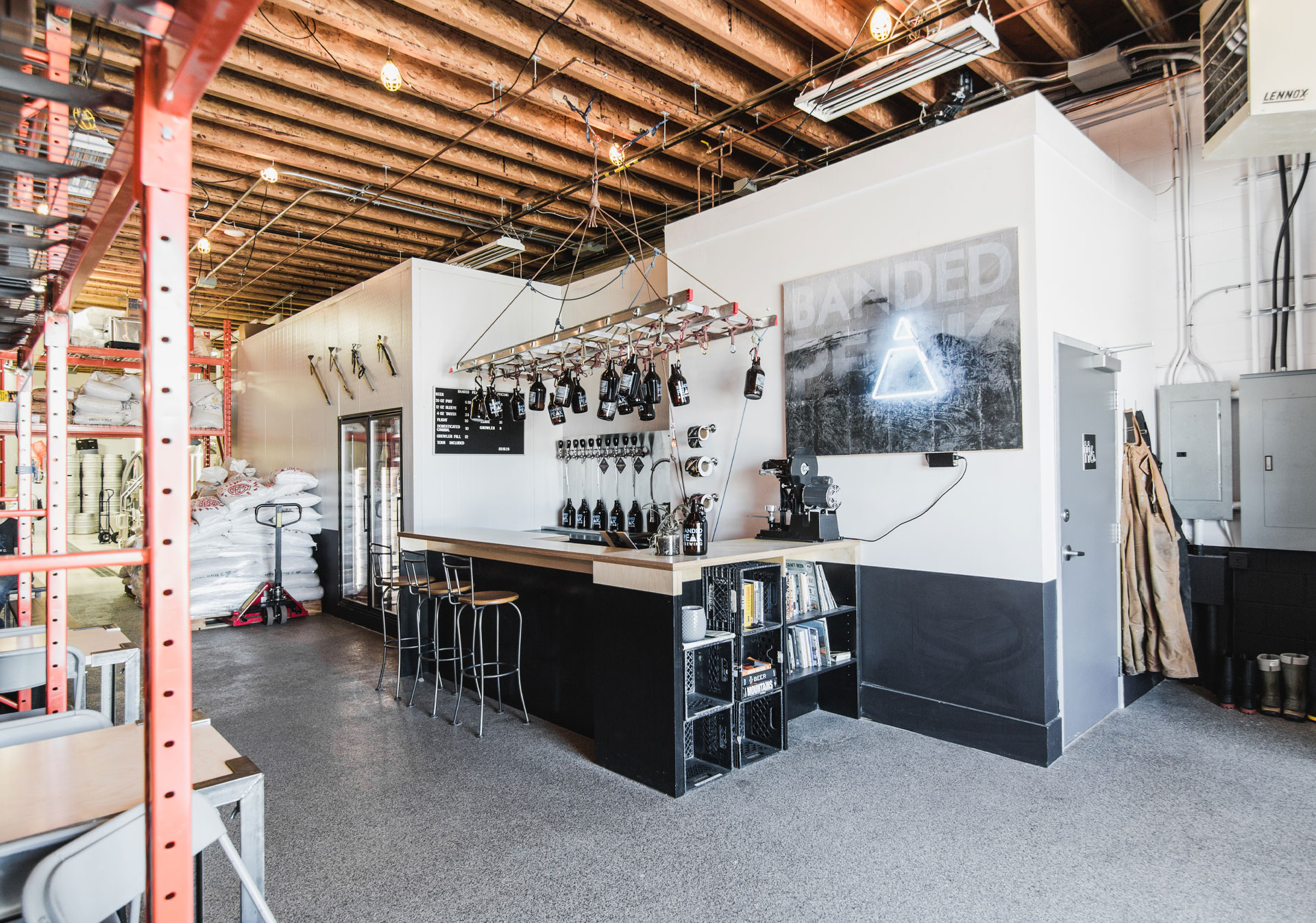 Dubbed Calgary’s breakfast beer, this 3.4% sessionable milk stout is dark and sweet with notes of chocolate and cocoa but conditioned with a mountain of whole coffee beans to give you a real Java kick, day or night.

Supress from menu
No
By
Haydon Dewes

Haydon Dewes is a Certified Cicerone, beer judge, beer writer and columnist whose home brewing hobby got well out of hand. He is now co-founder at Calgary’s Cabin Brewing Company. 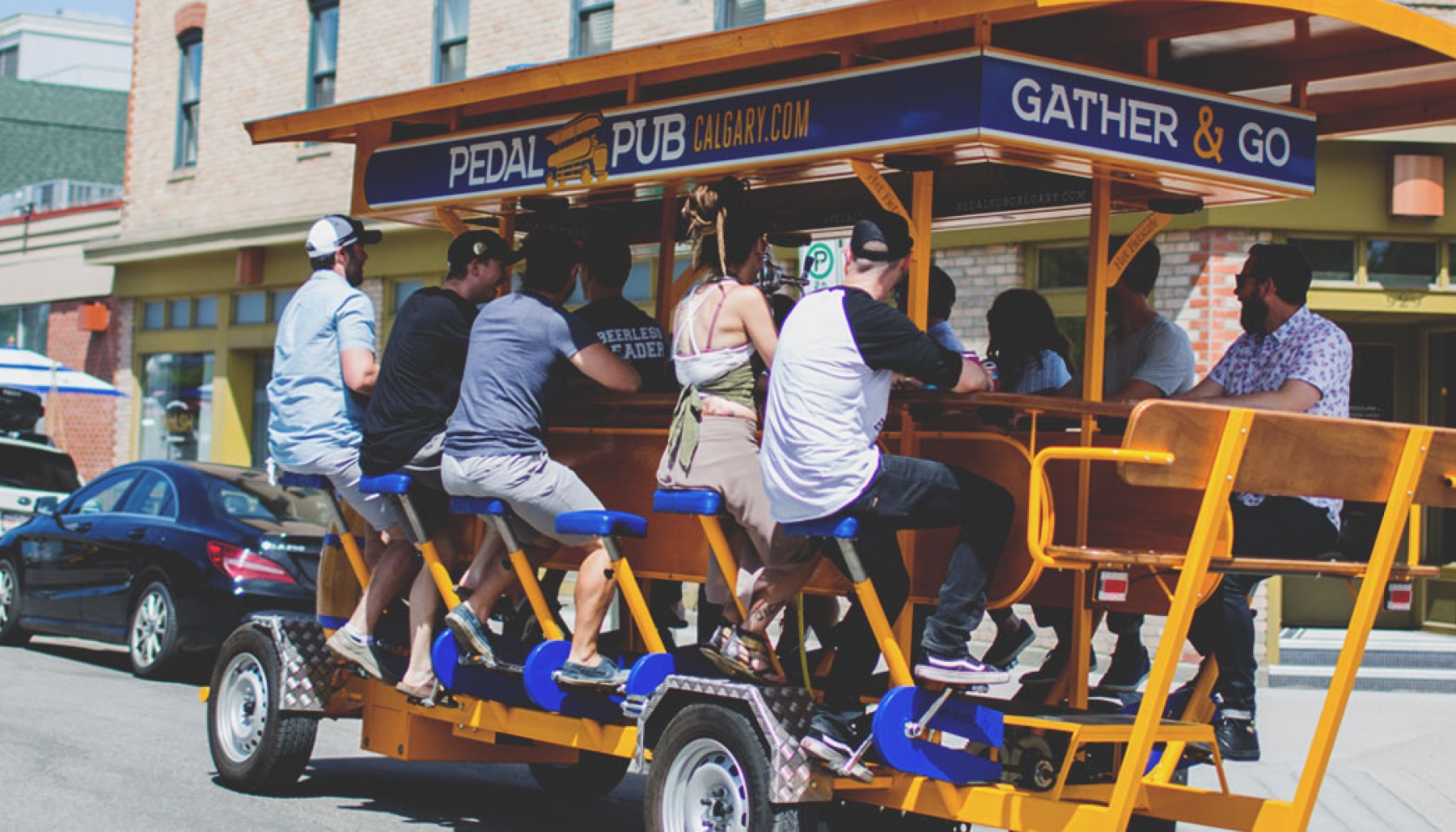 Check out the best brewery districts in Calgary

Find the craft brewery serving up your favourite style of beer in Calgary.