LGBTQ+ Travel In and Around Calgary 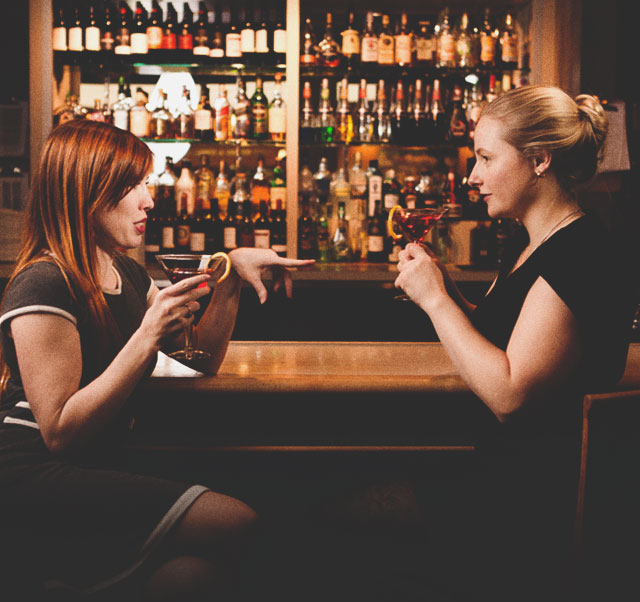 LGBTQ+ Travel In and Around Calgary

A guide for members of the LGBTQ+ community coming to the city.
Info List Page Menu

As one of Canada’s largest cities, Calgary is a cosmopolitan centre with plenty to offer any traveller. The Western Hospitality the city is known the world over extends to those of us in the LGBTQ+ community. Gay, lesbian, bisexual, or transgendered visitors should feel more than welcome to explore the city without concern.

What to expect in Calgary as an LGBTQ+ visitor

Any traveller coming to the city should expect to be welcomed with open arms. Although there may not be as many physical and visual reflections of Calgary’s LGBTQ+ community as there are in other cities, travellers should feel comfortable in the area to explore the city safely and without issue. The LGBTQ+ scene in Calgary is less segregated than many other major centres in North America, which, at times, may feel like it doesn’t exist, but the community is strong and is assimilated into the general population. This feeling of inclusion extends to travellers and know that you will feel like any other visitor to Calgary.

Navigating the city and personal safety

Unlike other major centres, there is no gaybourhood or gay village where the LGBTQ+ community congregates. The main areas of interest around the city centre (Downtown, the Beltline, 17th Avenue SW, 4th Street SW, and the East Village) are all pedestrian-friendly areas with plenty of recreation, restaurants, and window shopping, similar to what you’d find in the queer districts of other cities. There is no area to avoid as an LGBTQ+ traveller. Like any other city, it is best to use your discretion on personal safety, though you should feel confident to explore any corner of our community without harm, including holding hands with your same-sex partner.

Although Calgary is often viewed as a very conservative city, many residents consider themselves socially liberal and are very welcoming to LGBTQ+ travellers. The most you should anticipate in terms of discomfort is an odd look from someone who is still not comfortable with the queer community, but this is rare in most places tourists would visit.

Same-sex marriage has been legal in Alberta since 2005 and foreign travellers entering the border in Canada should not face any difficulties or prejudice when entering via YYC Calgary International Airport or at any road border crossing in the southern portions of Alberta. Calgary Police have made tremendous efforts to build bridges with the city’s LGBTQ+ community. If you run into any issues while in the city that require law enforcement intervention, you should feel confident that you will not face discrimination through this process. Similarly, if you require medical services for any reason while in Calgary, you should not expect to face discrimination from Alberta Health Services (AHS) at major facilities, including the city’s hospitals. More information on AHS policies for LGBTQ+ individuals can be found on their website.

Families with either LGBTQ+ parents or children should feel safe to travel the city and visit attractions without running into any issues. It is not uncommon to see families with same-sex parents in Calgary, and families should feel at ease roaming the city without unwanted attention.

Calgary offers several world-class attractions, tours, and recreation activities for families, many of whom have a history of offering LGBTQ+ related programming, such as TELUS Spark Science Centre, WinSport, The Paddle Station, and the Central Library. Most attractions in Calgary and surrounding area have undergone extensive efforts to ensure they are welcoming LGBTQ+ families specifically. Some of the best places to spend a day with you family that are LGBTQ+ welcoming include Heritage Park, the Calgary Tower, and Studio Bell, home of the National Music Centre.

Nightlife in the City

If you’re looking to party, Calgary has several options for fun after the sun sets. Calgary’s staple LGBTQ+ nightclub is Twisted Element in the Beltline, where you can hear dance music, see drag performances, and meet locals. Other queer bars include The Backlot, which is more a neighbourhood pub, and the Texas Lounge, which is a more intimate space and offers cheap drinks.

Though there is no LGBTQ+ neighbourhood, many of Calgary’s nightclubs and bars are queer-friendly. The four National locations and Broken City are some of the main spots you’ll find Calgary’s LGBTQ+ community. Hot Mess is a series of pop-up dance parties that are held at bars throughout the city.

Many clubs will host LGBTQ+-centric events. The infamous Cowboys Dance Hall frequently welcomes some of the world’s top drag queens to perform in our city, and all are welcome for a great time. Lolita’s Lounge on the Music Mile in Inglewood is the home venue of Carly’s Angels, a local staple of drag performers that have been wowing audiences for over 10 years (it’s advised to book this in advance as the shows sell out weeks ahead of schedule).

Events in Calgary for LGBTQ+ travellers

Calgary has several cultural events that celebrate our queer community. The largest is Calgary Pride, taking place the last week of August, culminating with the Pride Parade on the Sunday of the Labour Day Long Weekend. Calgary Pride is very welcoming to families and celebrates both the LGBTQ+ community and our allies. The Calgary Queer Arts Society organizes the annual Fairy Tales Film Festival in the latter part of May, showcasing films on LGBTQ+ topics. Other film festivals, such as the Calgary Underground Film Festival and the Calgary International Film Festival, will feature LGBTQ+ programming in their main festivals. Each spring, the Apollo Friends In Sports hosts the annual Western Cup each spring, a multi-sport festival that also features our city’s largest LGBTQ+ dance party and drag brunch.

Many festivals and events are especially focused on building safe spaces for all attendees. Both the Calgary Comic & Entertainment Expo and Sled Island have very strict, no tolerance policies for fostering safe spaces in all venues.

An unofficial pride celebration takes place at Nashville North during the Calgary Stampede, though travellers should feel comfortable in any space at the Greatest Outdoor Show On Earth.

Dining and Date Nights in Calgary

Though you won’t run into an issue at most restaurants in Calgary, it’s difficult to guarantee you’ll feel comfortable 100% of the time. For the most part, restaurant establishments in Calgary treat LGBTQ+ couples and families without any discrimination. The worst you should expect to face is that a restaurant may mistake you for two friends, or else put you in a corner in the back of the establishment. Though very rare, you are perfectly within your right to ask for a different table.

You should not anticipate much attention as an LGBTQ+ couple on a date in the city from other patrons. Because the city is not segregated with an LGBTQ+ centre or gaybourhood, queer couples are seen in every corner of the city in every establishment, and most Calgarians are not sensitive to seeing a same-sex couple or transgendered individual.

Many hotels in Calgary have made efforts to welcome LGBTQ+ travellers. The Hyatt Regency Calgary, Calgary Marriott Downtown, Hotel Arts, and Executive Royal Hotel are especially eager to welcome queer visitors to the city and are some of the area’s best allies within the business community.

While most hotels, hostels, and campgrounds in and near the city have global training programs to welcome LGBTQ+ travellers, the biggest issue you may face is being mistaken for two friends instead of a same-sex couple. If your accommodation assumes you are looking for two beds instead of one in your room (i.e. assuming you made a mistake in your booking), you should feel comfortable to correct this situation at check-in without issue.

One of the best things about Calgary are the day trips around the city. Whether you’re looking to find dinosaurs at the Royal Tyrrell Museum or see the real Heartland in High River, these small towns near Calgary provide memories to last a lifetime. Most of these communities share a similar culture to Calgary where you should not expect much difficulty as a visitor. Banff, Canmore, Waterton, High River, Drumheller, Okotoks, and Cochrane, as well as major attractions and parks including Dinosaur Provincial Park, Kananaskis, Head-Smashed-In Buffalo Jump, CrossIron Mills, Aspen Crossing, and Bar U Ranch are all very welcoming and safe spaces for LGBTQ+ travellers. You may face more puzzled looks when visiting very small hamlets outside south of the city, but using common sense is all you need when roaming outside the city.