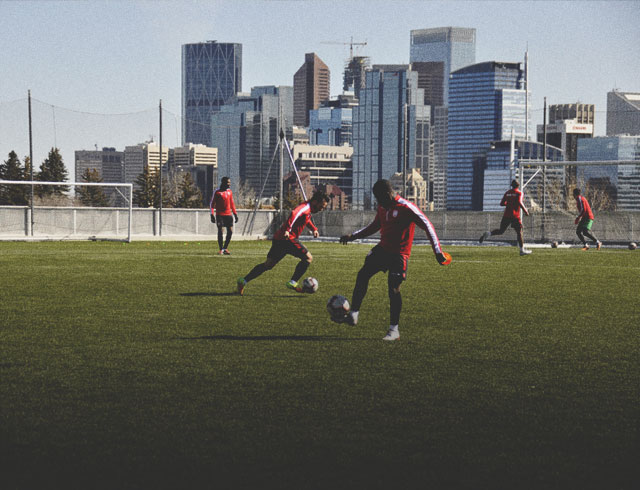 Everything you need to know about the inaugural season of the Cavalry FC of the Canadian Premiere League.

Here's what you need to know about the team. 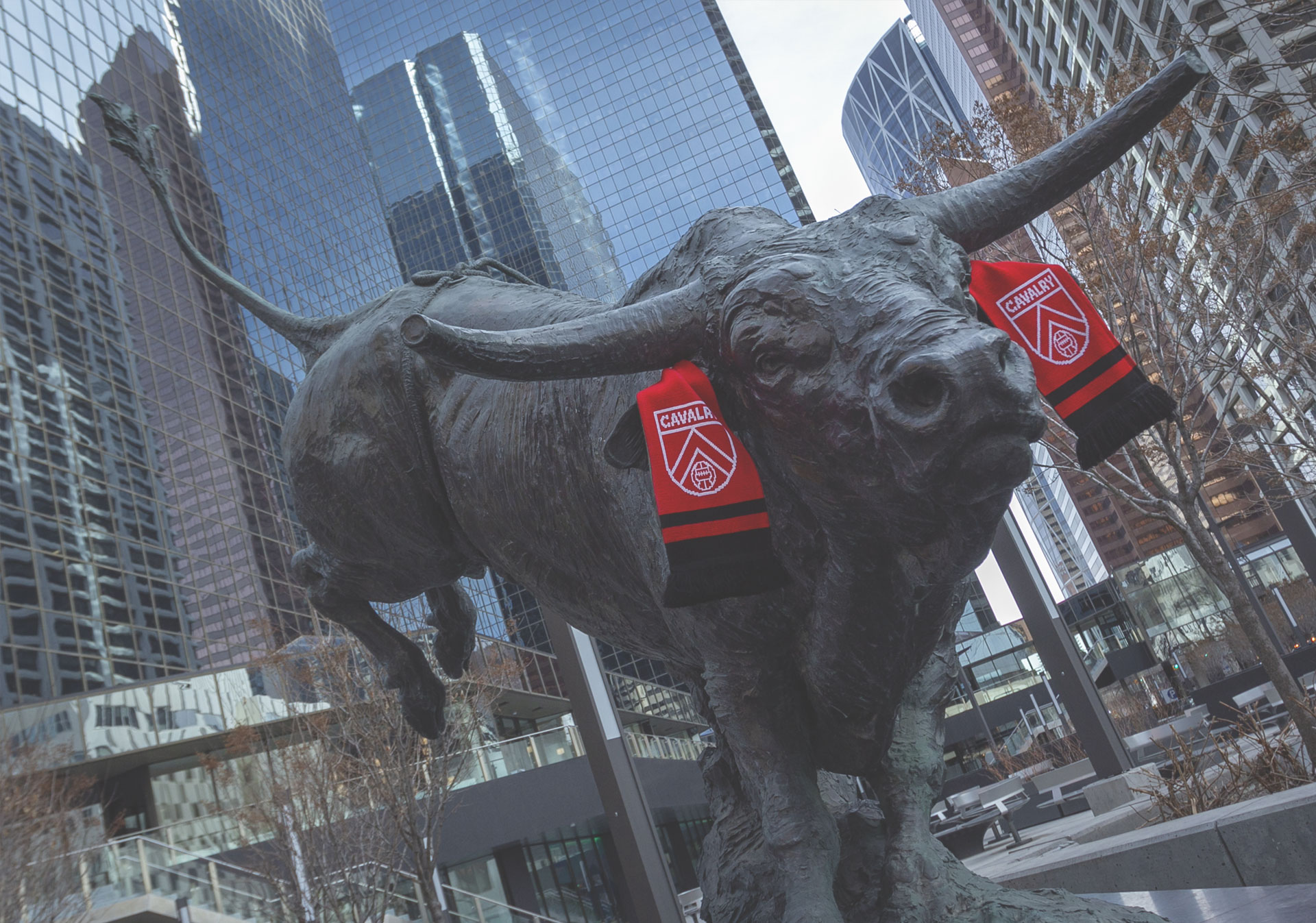 The Cavalry FC are part of the Canadian Premier League.

What is the Cavalry FC?

Well, they’re Calgary’s professional soccer team. The Cavalry FC is playing in the Canadian Premier League, a pro league launched in the spring of 2019 with seven teams playing across the country. The team is heavy on local talent and play at Spruce Meadows, one of the most unique venues in the entire country.
Supress from menu
No

Where do the Cavalry FC play their games?

Spruce Meadows has been one of the premiere destinations for equestrian competition in the world for over 40 years, but they’ve opened up their ground this year to the soccer-loving public. ATCO Field seats 6,000 fans and is surrounded by 160 hectares of land that has traditionally been used to host some of the best showjumping horse-rider combinations on the international scene.

Make no mistake, when ATCO Field is focused on soccer and is packed with fans singing and chanting, it feels like there’s no other sport that could possibly be played there. It’s purpose-built for soccer, and with construction finishing in the spring of 2019, the field’s got all the modern amenities fans have come to expect. Don’t be surprised to see a few horses walking around once you get to the stadium. 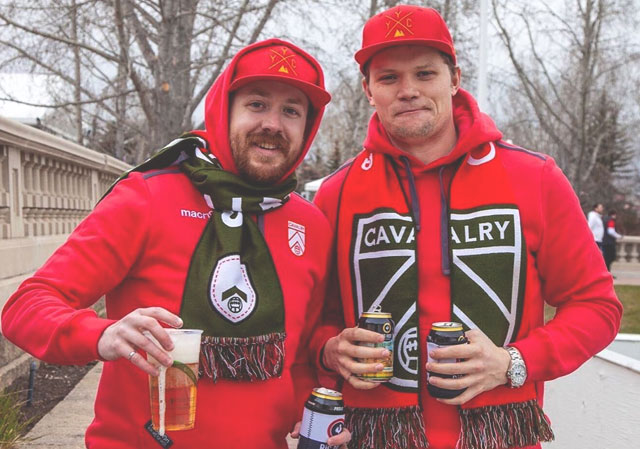 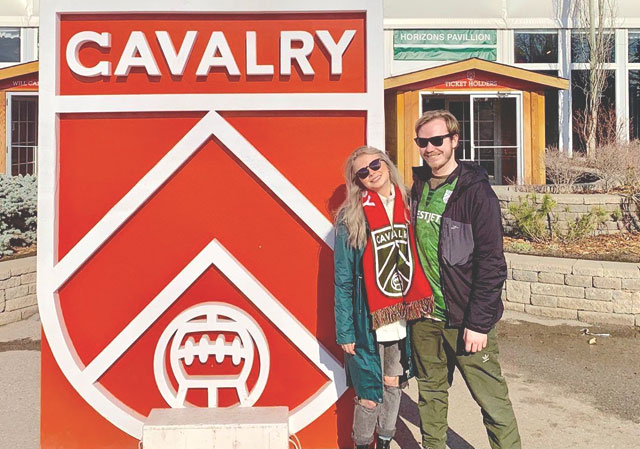 Cheer on the Cavalry FC at Spruce Meadows (Photo credit: @c_onnorjack on Instagram).

The longer answer is still yes, but it’s worth noting that there’s a lot more going on at the games than just a soccer ball getting kicked around. Gates to the facility open up two hours before games, and the 90 minutes leading up to kickoff are sort of like a big tailgate party, but basically in a park and not a parking lot.

For families, the facility has a carousel for the kids and a ton of soccer balls and nets set up so that kids can emulate their heroes on the pitch and get a little practice in themselves. For adults, you can find some of the best deals on beer in the city as well as a DJ at every single game. This is a family-friendly party, and the club’s official supporters come armed with songs and chants to get everyone in the stadium in the mood for a good time.

Spruce Meadows is on the southern end of the city, but there are a lot – and we mean a lot – of ways to get out to watch a game even without a car. The easiest is probably to take Calgary Transit, and Cavalry FC has set up free shuttle buses to ATCO Field from Somerset-Bridlewood Station that start two hours before every game.
There are also bars around town offering drink-and-bus specials. The Pub Bus Service will take you from the Rose and Crown and Kildares Ale House in Silverado to Spruce Meadows for home games. You can contact Kildares Ale House directly (403-719-0256) to arrange a spot on the bus. Taxis from the southern end of the LRT line are an inexpensive option, too.
Supress from menu
No 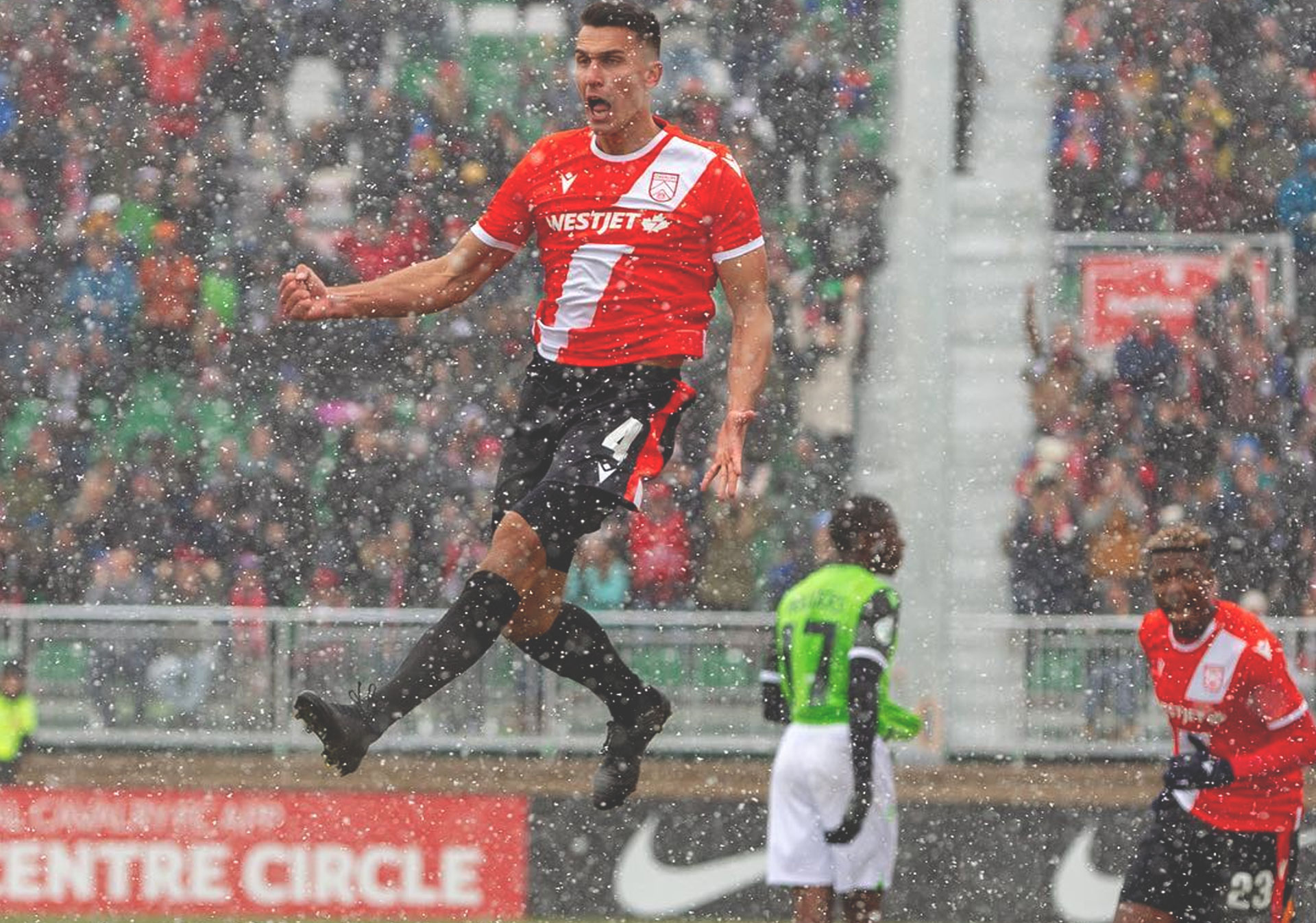 For a long time, there have been whispers that Western Canada is one of the last untapped markets for soccer talent, and Cavalry FC is out to prove it. The Cavalry FC roster is heavy on local talent, and the core of the team comes from a Foothills FC squad that won the Premier Development League – the top under-23 league in North America – championship in 2016. There are also players that have played professionally in Germany, England, France and Major League Soccer (MLS), and a number of young prospects who could find themselves competing at the highest levels of European soccer soon, too. These guys are for real and Cavalry FC are tapped to be a contender for the Canadian Premier League title from day one.
Supress from menu
No 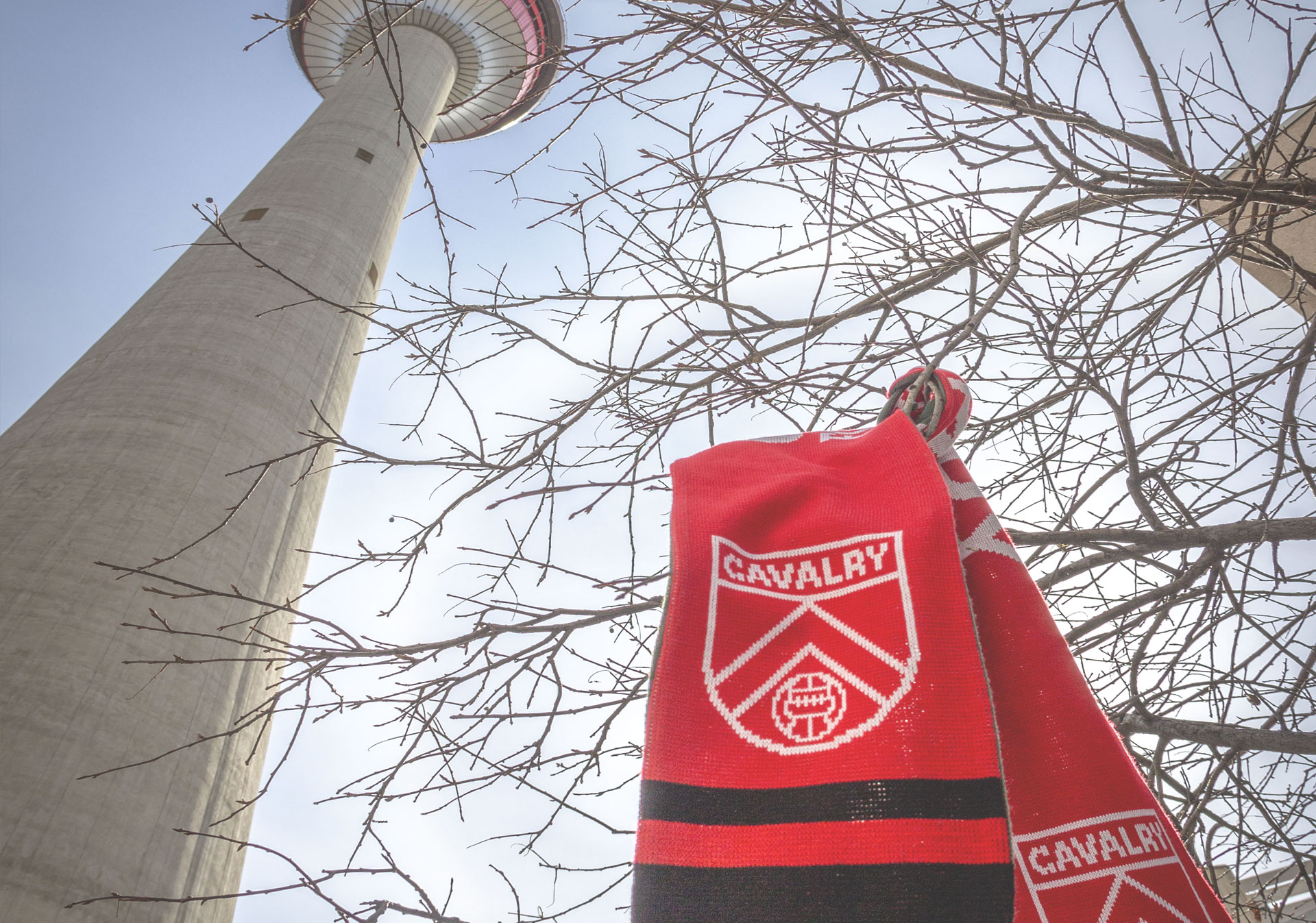 Get your tickets to cheer on the Cavalry FC.

You can buy tickets at the door, but it’s probably smarter to visit the Cavalry FC website for the latest available tickets and season ticket info. The team has 28 games throughout their CPL season, with 14 at home games.
Supress from menu
No
By
Danny Austin 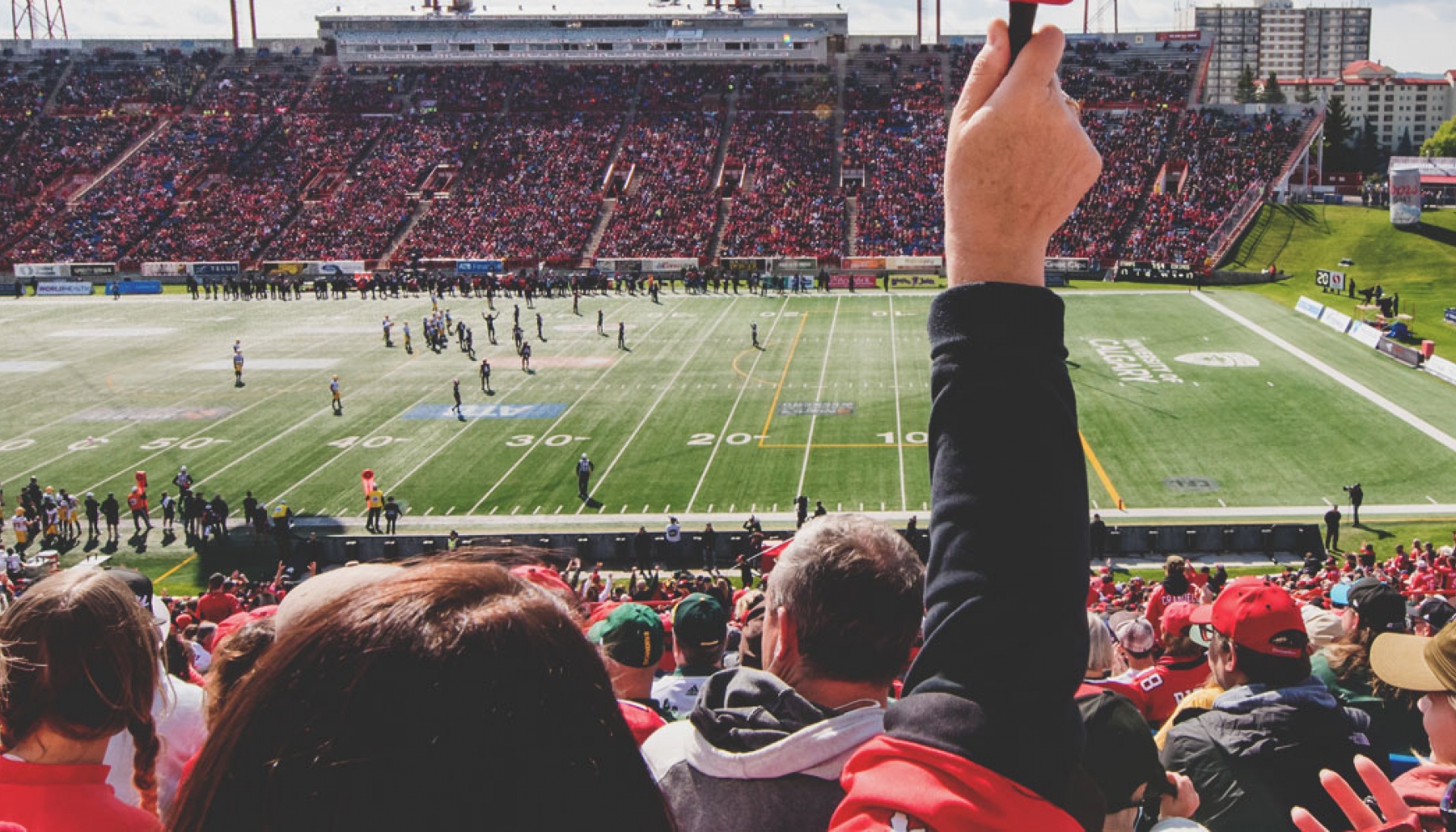 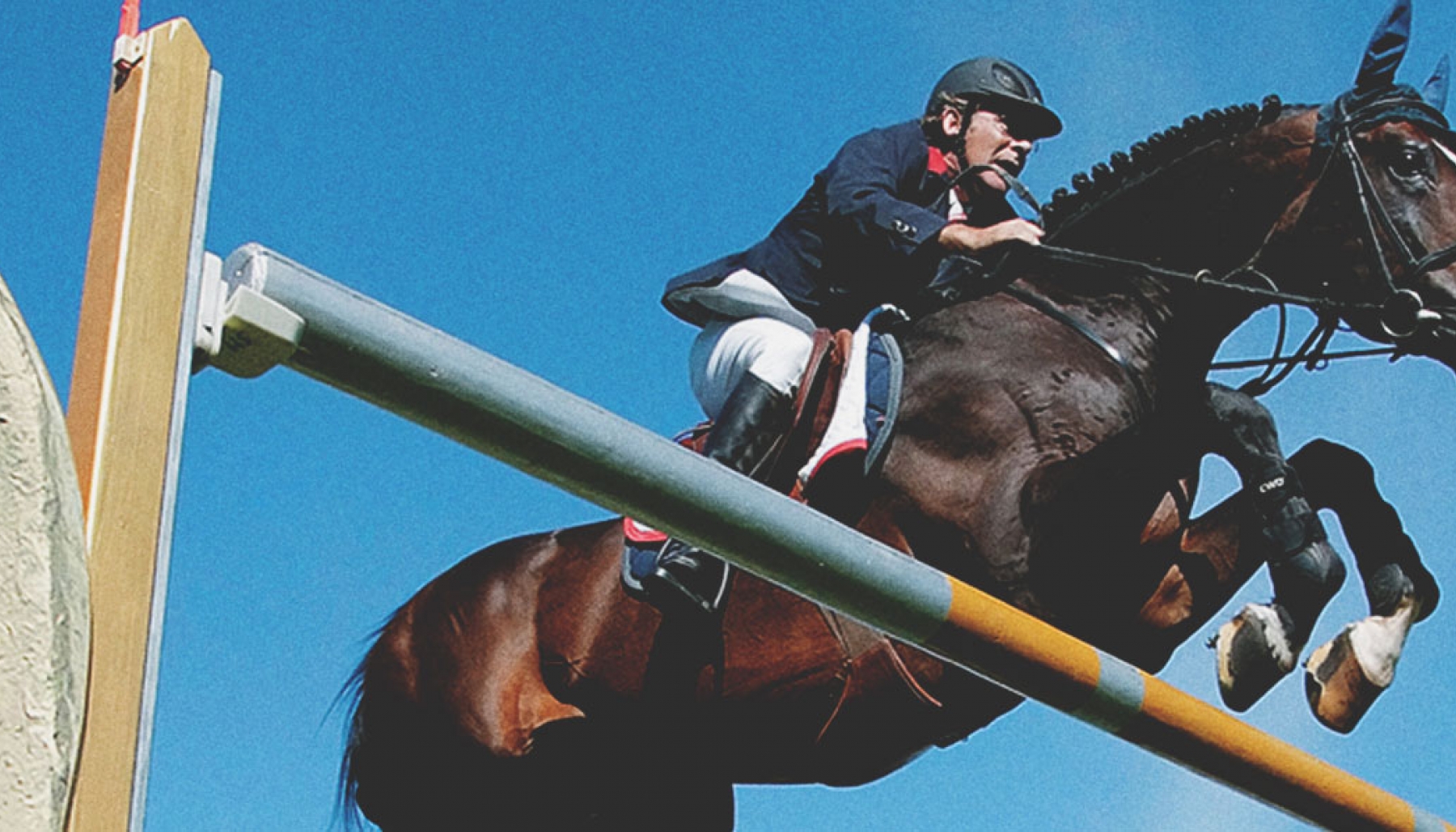