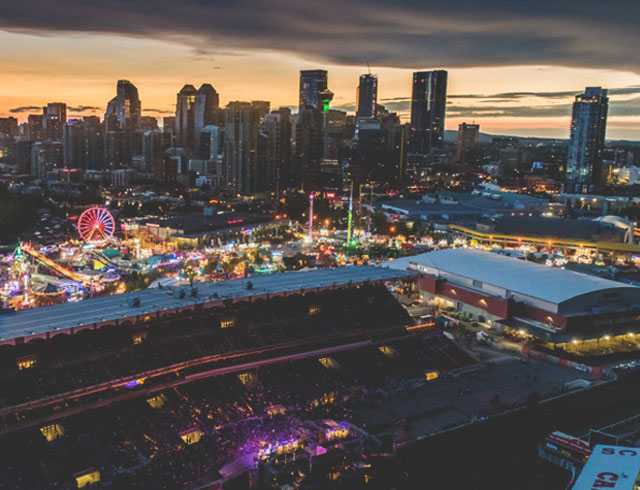 What do you call a microbrewery you started in your backyard? “Tool Shed”, naturally! Graham Sherman launched Tool Shed Brewery in 2013 and hasn’t looked back. His passion for beer making has helped to forge Calgary’s micro-brewery scene. While his brew is no longer made in his backyard, Sherman’s down to Earth personality and passion for supporting entrepreneurs runs deep. 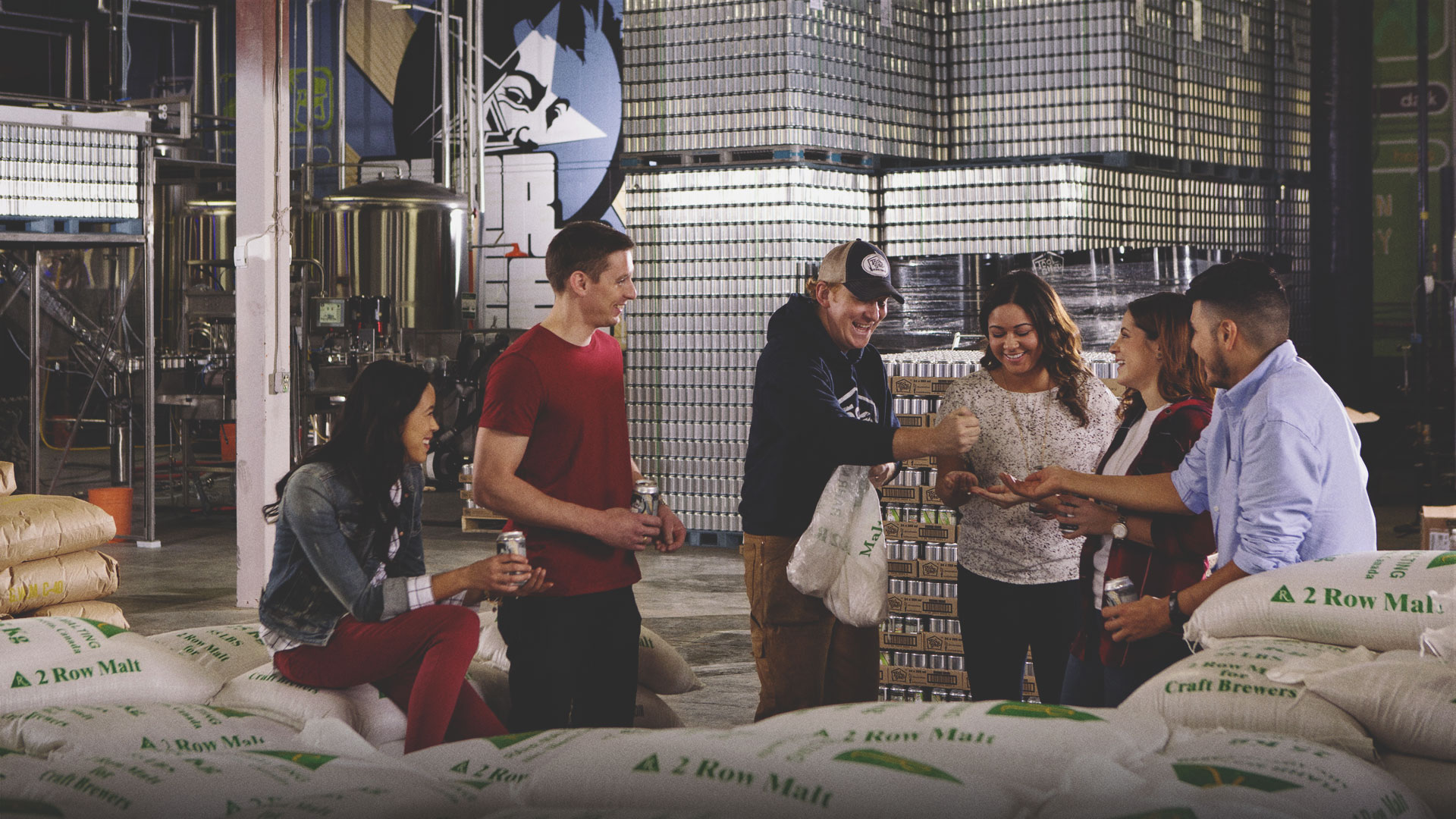 Brandon’s office is Calgary’s Bow River. He grew up in Colombia but has been in Calgary since 2006 and operates Topwater Flyfishing. Alberta is home to some of the best fly fishing in the world, with access to thousands of kilometres of rivers, creeks and tributaries cascading from the Rocky Mountains. Whether you’re an avid angler or have only connected with the fish on your plate, Brandon’s knowledge and passion for our river systems is unparalleled. 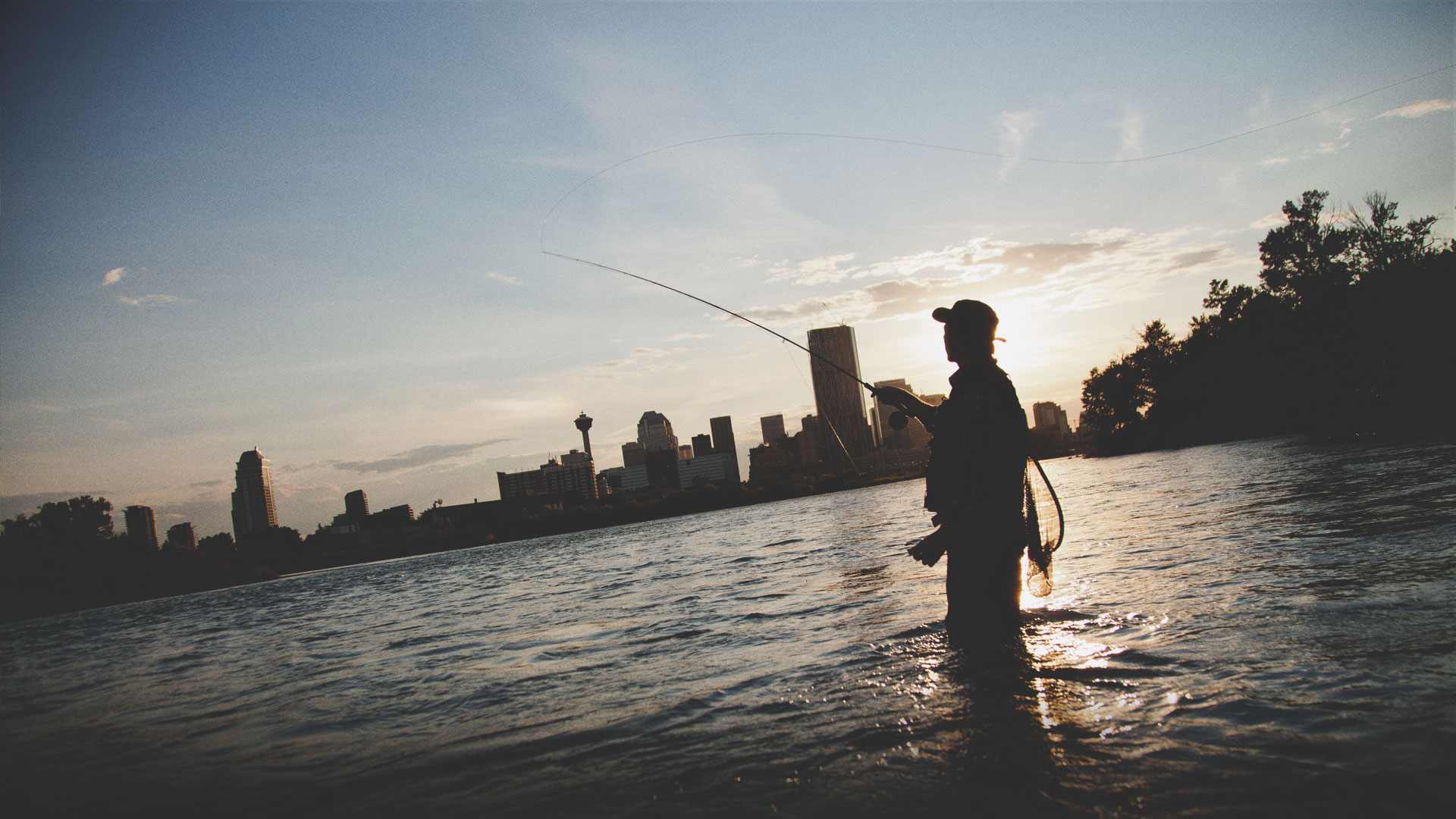 Fishing on the Bow

Go Fish – In Calgary, you can cast from your office

Ok, so you might have to leave your desk, but Calgary’s Bow River, which runs right through the downtown core, is home to some of the best blue-ribbon fly fishing in the world, and the river valley within the city limits offers plenty of places to catch rainbow trout. It’s not uncommon to see rafters and paddlers navigating the river, a surfer catching a wave and fishermen wading into the water - all within a few hundred metres of each other.

Calgary has a number of local fishing operations that can set you up with gear and a meal, then take you to some of the best places on the river. Check out one of Calgary’s great local restaurants to sample freshly caught, western Canadian fish paired with unforgettable Prairie fare.

Beakerhead is Calgary’s Stampede for Geeks

Calgary’s engineers aren’t just in the energy sector. Every September, a smash-up of art, science and engineering convenes in Calgary to spark imagination, curiosities and creativity.

The city comes alive with workshops, shows and activations throughout the city, culminating in an evening Spectacle. Whether it’s a robot rock band, an octopus trying to escape a building, a massive walking spider or pyrotechnics, Beakerhead turns Calgary on its head for three action-packed days. 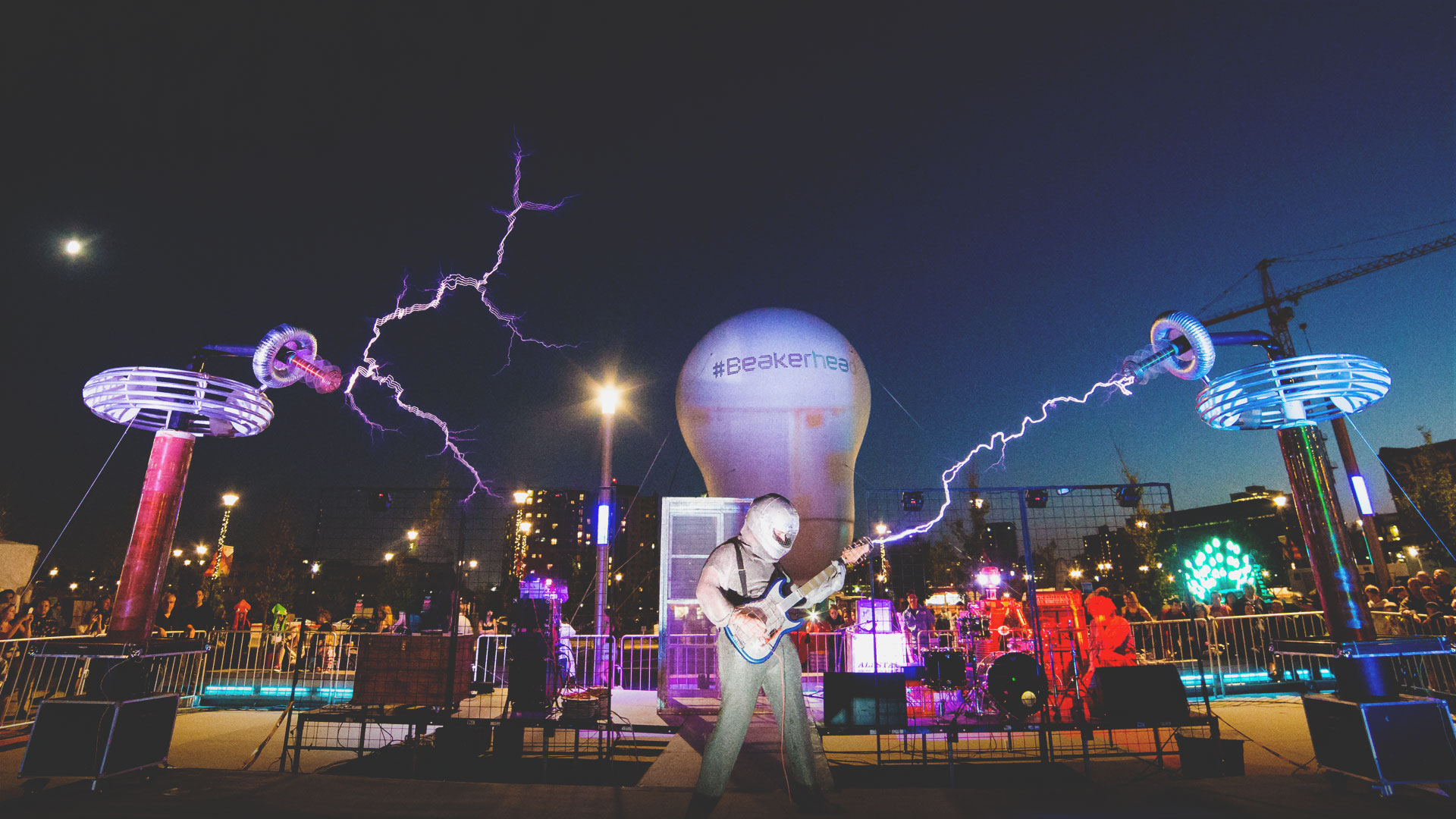 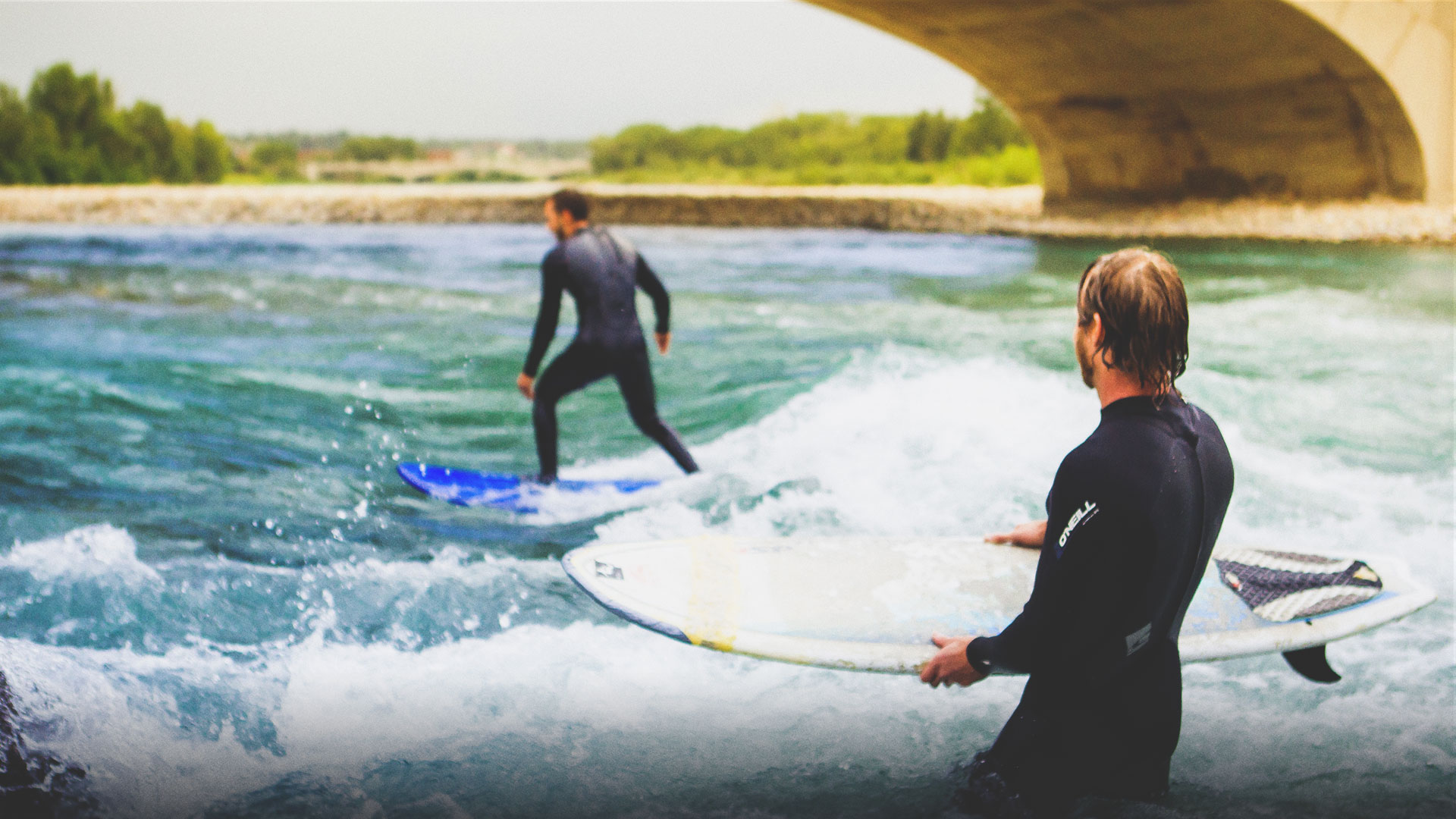 Surfing on the Prairie

You might make a double-take if you see someone clad in a wetsuit, carrying a surfboard along the pathway on the banks of the Bow River near the 10th Street Bridge. No, they didn’t make a wrong turn on their way to the west coast, they’re river surfing in downtown Calgary. A permanent wave in the river makes it the perfect spot to hang ten.

Over the summer months, on any given warm day, you’ll see bright yellow and orange rafts line the Bow River, meandering through the river valley and downtown. “Floating the Bow” has become a Calgary summer tradition, just don’t dip your toes too far – while the turquoise water may seem refreshing, the glacial-fed river is cold!

Paddle and sail the city

Calgary’s Glenmore Reservoir supplies much of the city’s drinking water supply, and its calm waters are a perfect spot for kayaking, canoeing and sailing. Located just 15 minutes from downtown and easily accessible from the Glenmore Reservoir pathway, this lake is an oasis in the city.

Just east of downtown, a channel on the Bow River called Harvie Passage has been designed as a white water course for experienced river kayakers, with areas for both beginners and experts to work on their skills. For landlubbers, pack a picnic and head to the river shore to watch paddlers in action as they navigate the turquoise-blue currents.

Our Music Scene Hits All the Right Notes

In Calgary, it starts at ground zero, the beautifully designed Studio Bell, home of the National Music Centre, located on the east end of downtown. As the home of Canada’s music icons, a visit to this architectural wonder lets you visit a number of permanent and feature exhibitions, as well as interactive programs that let visitors pluck an instrument or record a song.

Heading east from the Studio Bell, it’s a mile walk to The Blues Can in Inglewood, with more then 20 live music venues along the way. Restaurants, shops, galleries and homegrown music connect the East Village to Inglewood, where you’ll find plenty of live entertainment throughout the year.

Just north of the downtown core, perfectly perched in the Bow River, is Prince’s Island. Home to Calgary’s River Café, pathways, green spaces and water, it’s also home to the Calgary Folk Music Festival, which has been taking place every July for more than 40 years. World-renowned folk artists take the stage while thousands of Calgarians stake their spot with a tarp and enjoy Calgary-crafted beers and local food vendors.

Another Kind of Island Festival

In June, Sled Island takes over the city, an independent music festival featuring more than 250 bands, comedy, film and art enjoyed by 40,000 attendees at more than 30 venues. 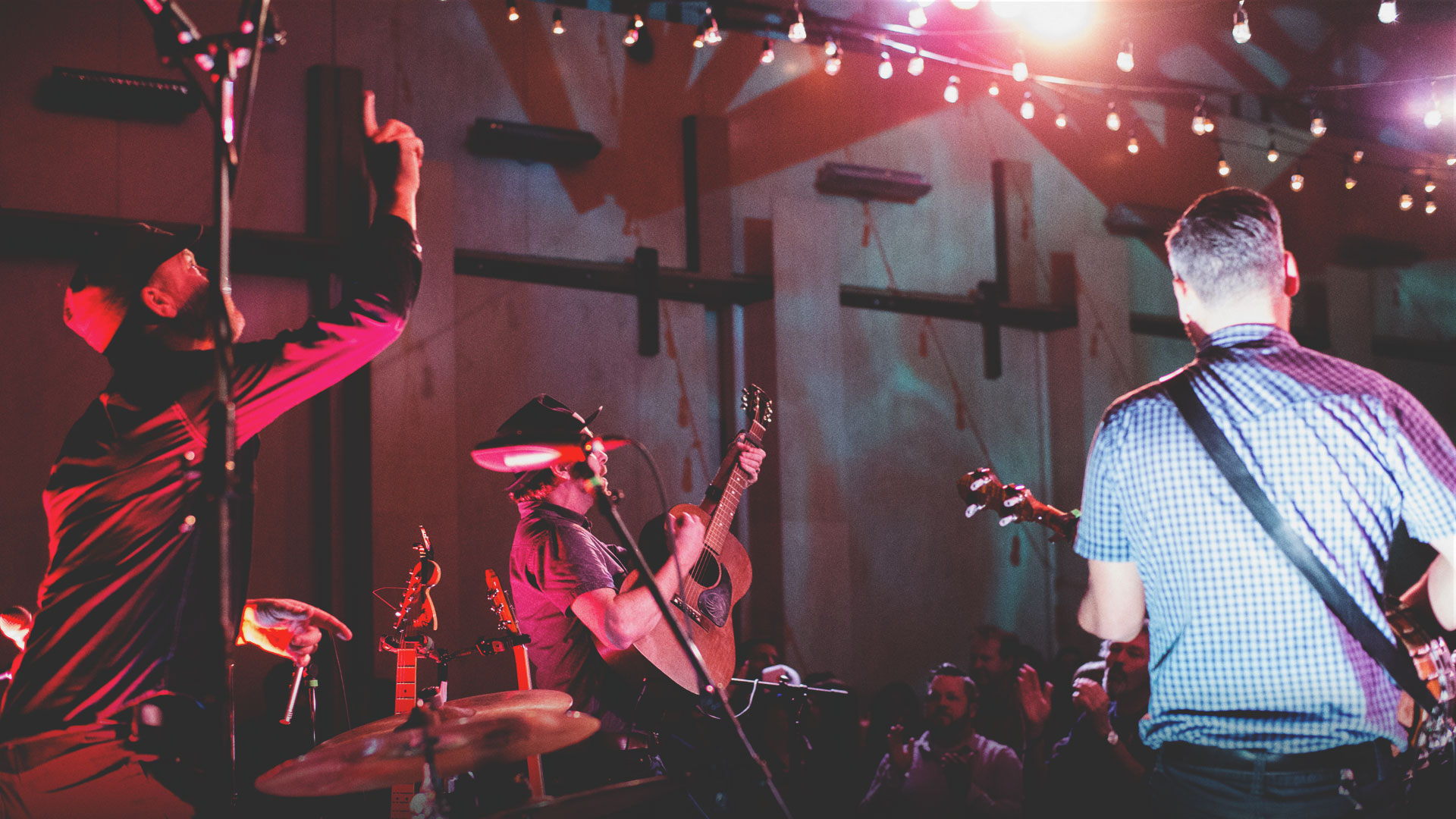 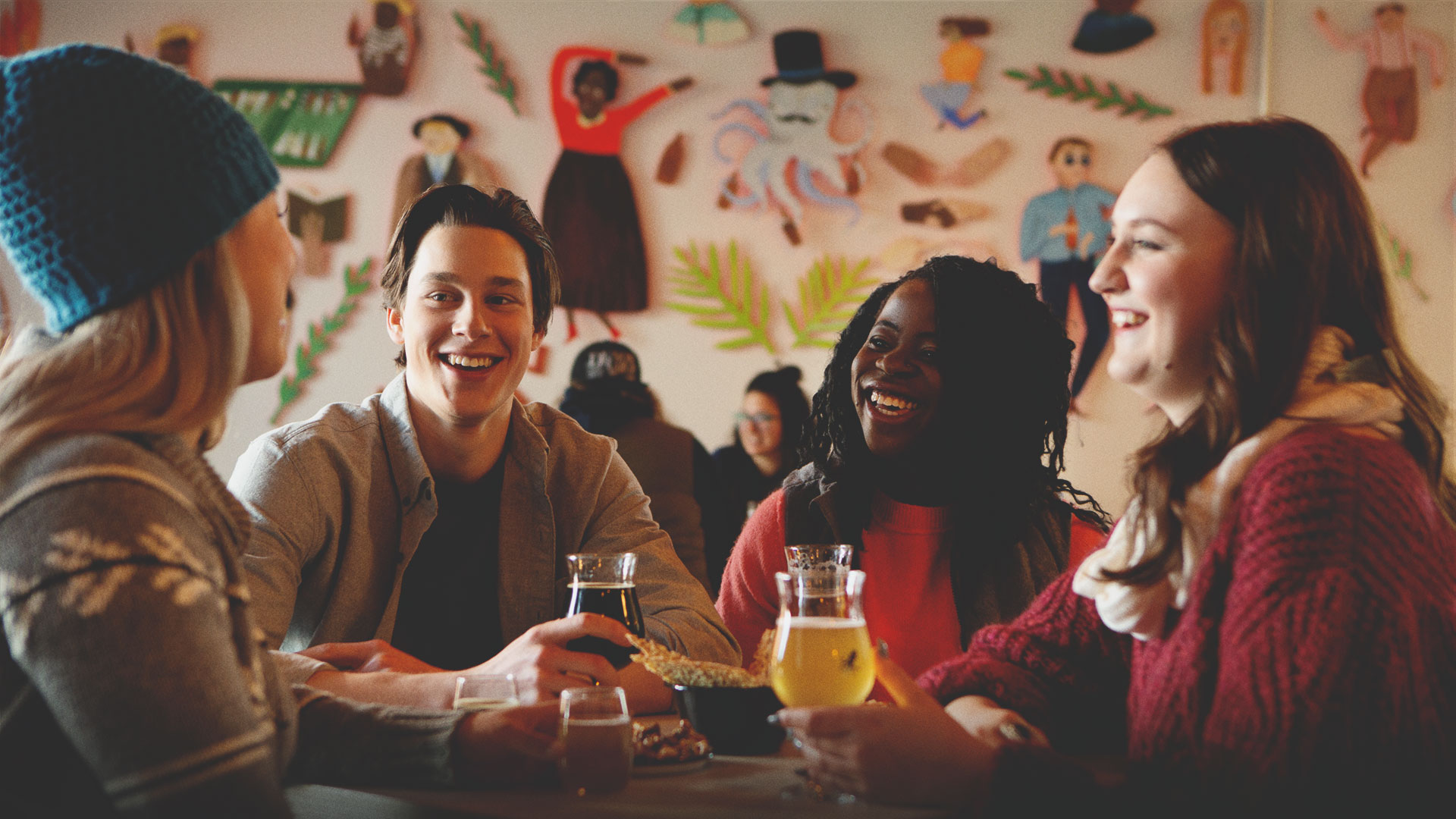 Brew Up Your Own Adventure in the Barley Belt

A relative newcomer to Calgary’s exploding microbrewery scene, the Barley Belt is home to a variety of microbreweries, each with their own distinction and flair. A two-wheeled approach by bike is favoured by most Calgarians, sampling flights and chowing down on BBQ along the way.

The Barley Belt extends from the neighbourhood of Inglewood, south through Ramsey. Try Cold Garden, with kitschy décor, vintage couches and a dog-friendly environment and laid-back vibe. You can even bring your own potluck dinner with you, if you like. Eighty-Eight Brewing Co. pays homage to a classic decade, a throwback to the year Calgary hosted the Olympic Winter Games.

And don’t forget the BBQ

Alberta’s beef is world-famous, and Calgary’s BBQ joints could likely compete with its famous counterparts in the South. Many of the city’s BBQ restaurants feature long, family-style picnic tables, which might prompt you to sample a deep fried pickle from a neighbour or offer to share your beef brisket with the group next to you. Check out Hayden Block, Comery Block or Paddy’s Barbecue & Brewery to get your fill.