Where to See Dinosaurs near Calgary and Drumheller 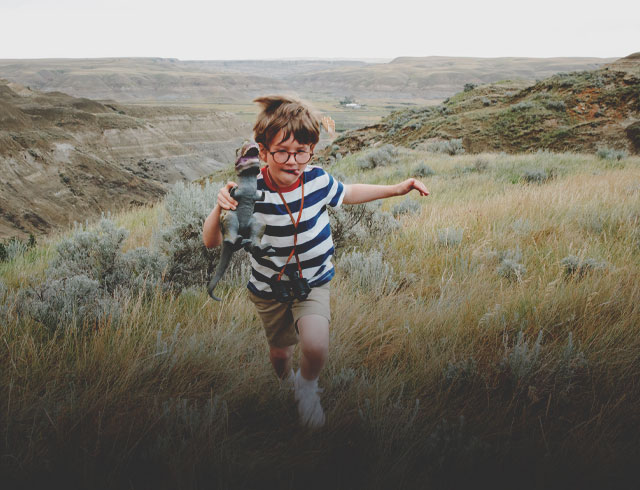 Where to See Dinosaurs near Calgary and Drumheller

Dig up something prehistoric with the top places to see dinosaur attractions near Calgary & Drumheller.

Discover the dinosaur museums, cretaceous creatures, dinosaur bones, prehistoric paleontology waiting for you in and around Calgary. Dinosaur fans will feel right at home with jaw dropping prehistoric experiences from Calgary to Drumheller and beyond. Check out the top places to see dinosaur attractions around Alberta. 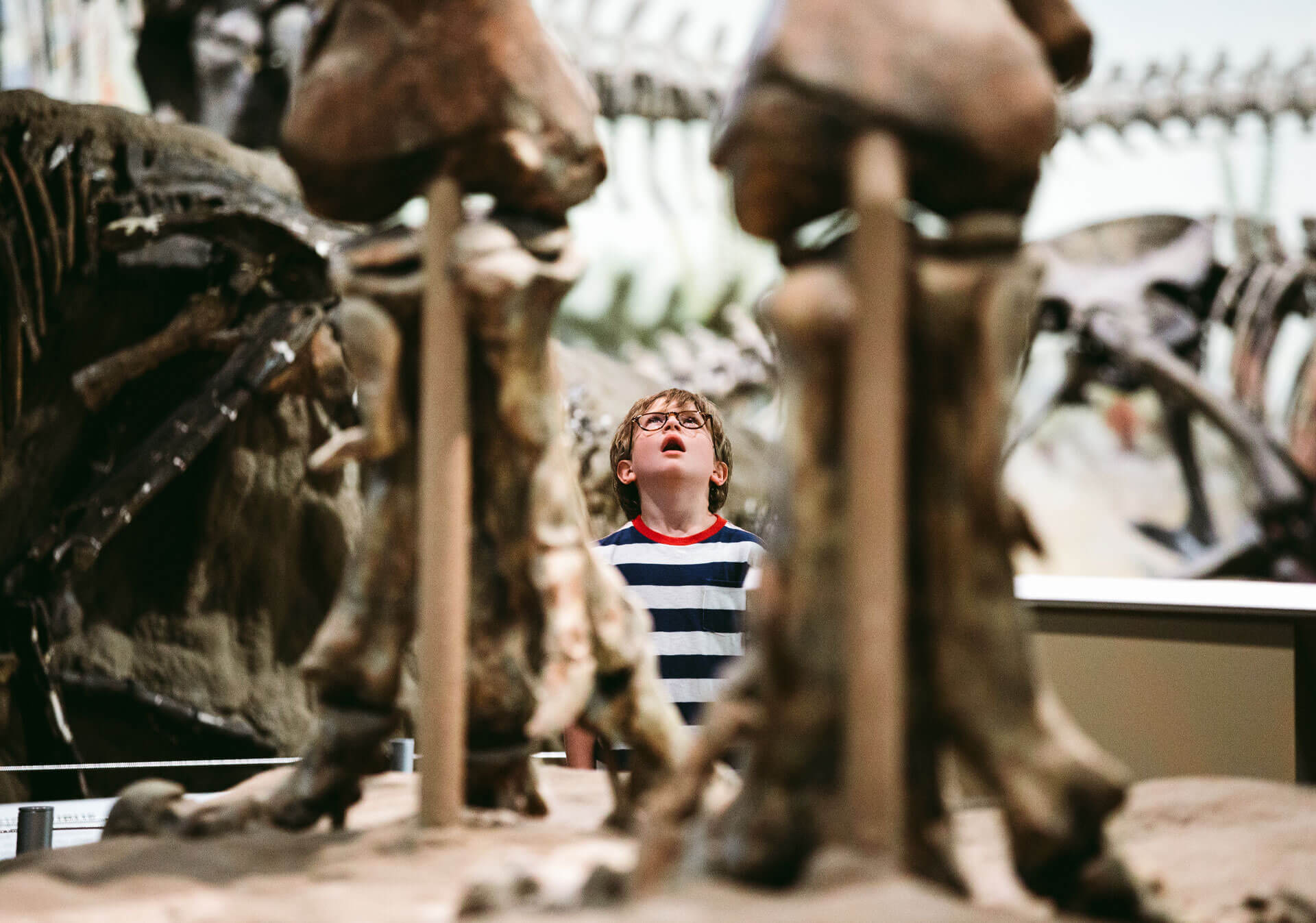 Where to See Dinosaurs in Drumheller

If you love dinosaurs, the Royal Tyrrell Museum is the ultimate experience. Home to one of the world’s largest collections of dinosaur skeletons, the Royal Tyrrell Museum is a world-renowned museum and research facility. This Drumheller dinosaur museum is home to more than 40 dinosaur skeletons that expertly reveal the history of life presented by fossils, with an emphasis on the dinosaurs originating in Alberta. Search for fossils, dig in a realistic quarry, cast your own fossil, enjoy a self-guided tour through the Canadian Badlands around the museum, and take a moment to marvel at the rare, blackened tyrannosaurus rex skull named “Black Beauty” when you visit. 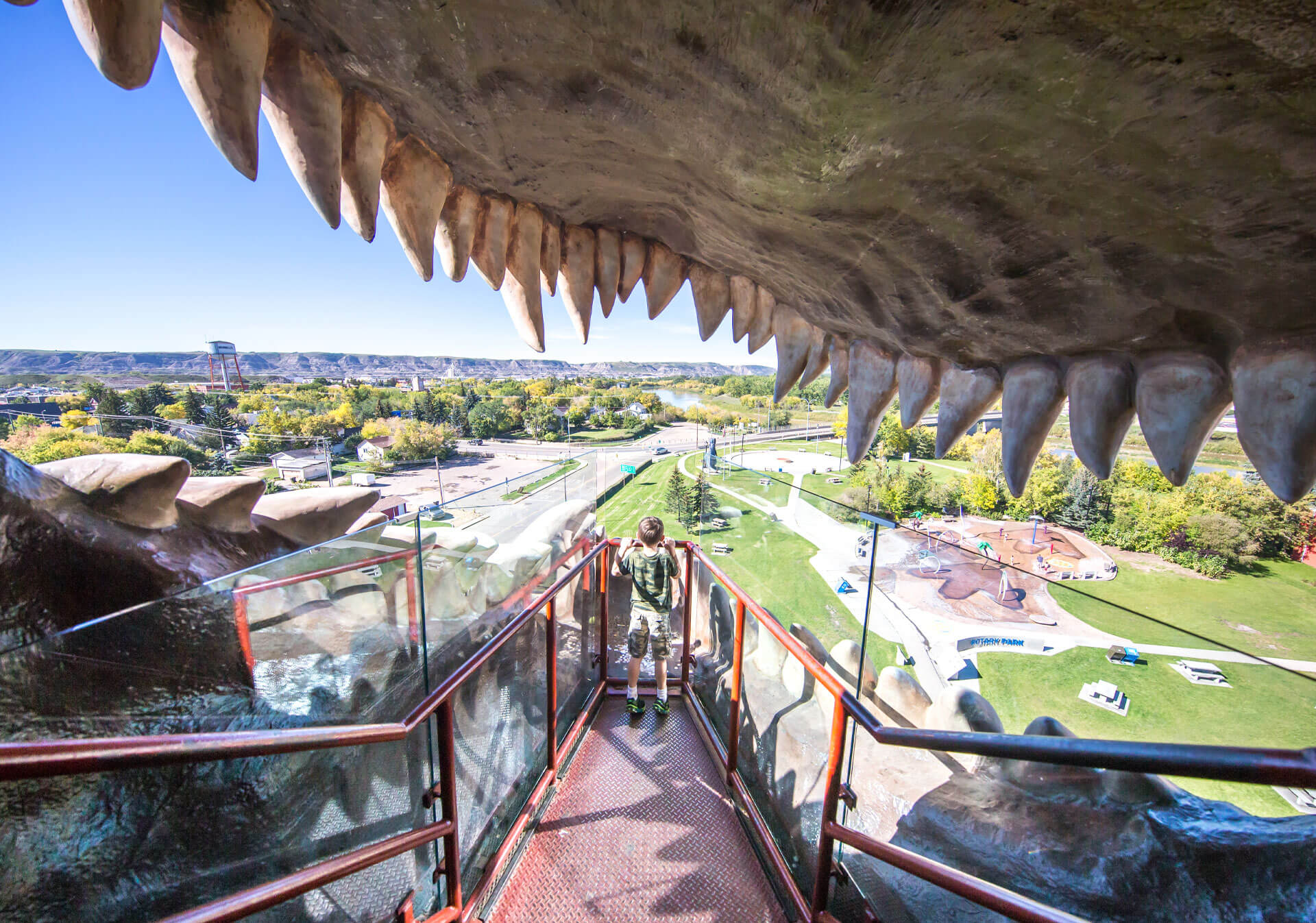 Standing 86 feet tall, 151 feet long, and 106 stairs to the top, the World’s Largest Dinosaur in Drumheller can be spotted from just about anywhere in the city. Four and a half times bigger than a real tyrannosaurus rex, this giant dino has been roaring in Alberta since 2000 and is a must for anyone searching out big landmarks in Canada. Climb to the top and take a shot of the Drumheller skyline from the mouth of this massive dinosaur landmark.

Once you have arrived in Drumheller, follow the blue signs marked with a question mark to the Drumheller Visitor Information Centre, located in the foot of the World’s Largest Dinosaur. 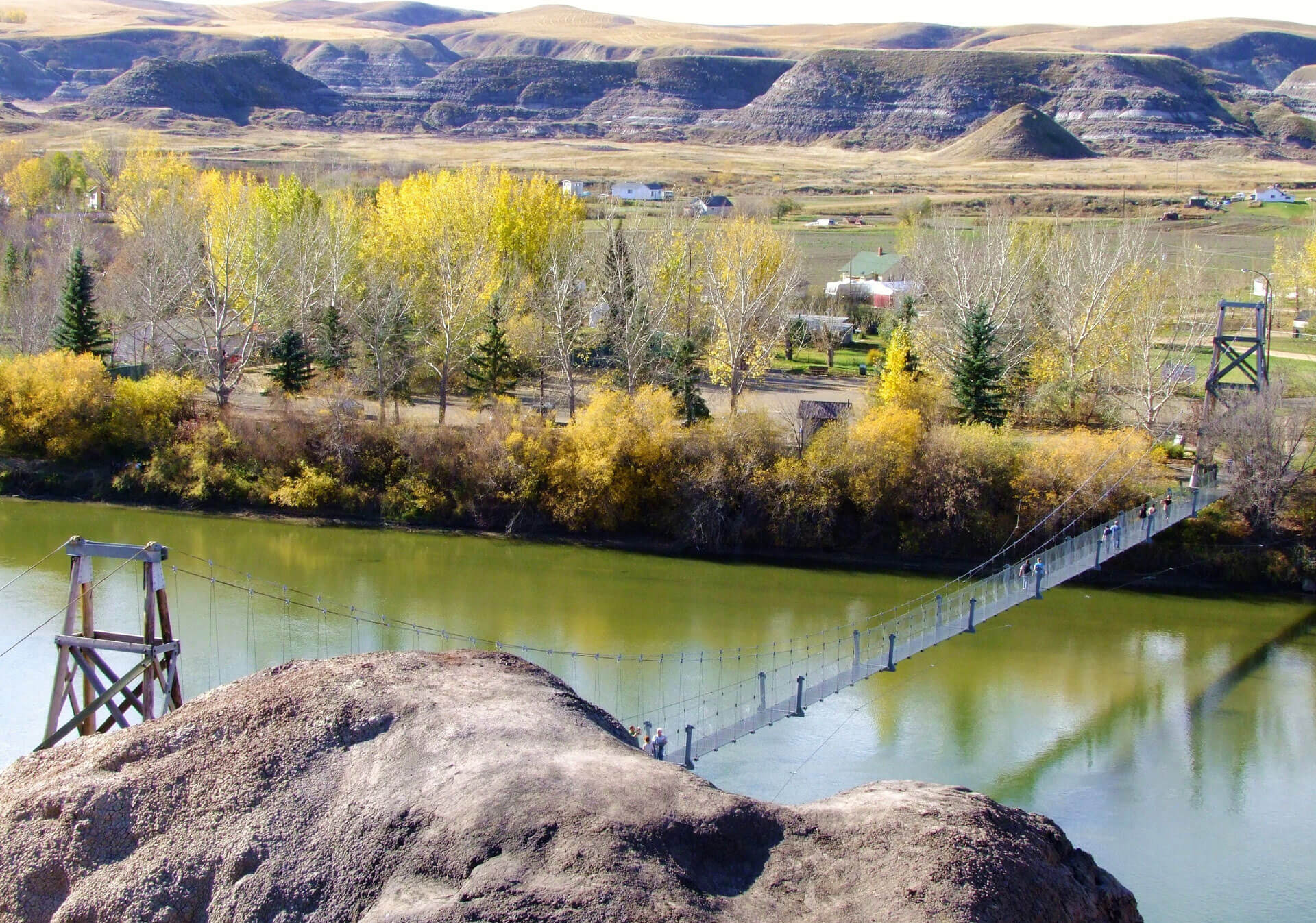 Take a self-guided tour through dinosaur history with the Drumheller Dino Walk. Start this epic journey and explore over 20 dinosaur fossils that were discovered in the Drumheller area. Follow the wayfinding signs through Drumheller to the site of Triceratops and Tyrannosaurus discoveries. The interactive online map makes it easy to follow along, learn about the dinosaurs, and plot your course through dino history.

Dig up a dinosaur skeleton, take home a real fossil, and learn to identify minerals, at the Fossil World Dinosaur Discovery Centre. This hands on discovery centre is perfect for kids aged 2 to 12 and features 10 animatronic dinosaurs, a belay climbing wall, and over 1,000 authentic fossil specimens. Add this dino dig to your itinerary when you visit the Royal Tyrrell Museum of Paleontology.

Take a Trip from Calgary to Dinosaur Provincial Park

What is Dinosaur Provincial Park? Home to one of the world’s richest deposits of fossils, Dinosaur Provincial Park will transport you to another world. Views over the largest continuous stretch of Badlands at this UNESCO World Heritage Site make it a photographer’s dream day trip. Pack a picnic lunch, explore easy hiking trails, get up close to a stunning collection of fossils in the Dinosaur Visitor Centre, or spend the night with one-of-a-kind comfort camping in canvas walled tents that will leave you dreaming of dinosaurs. 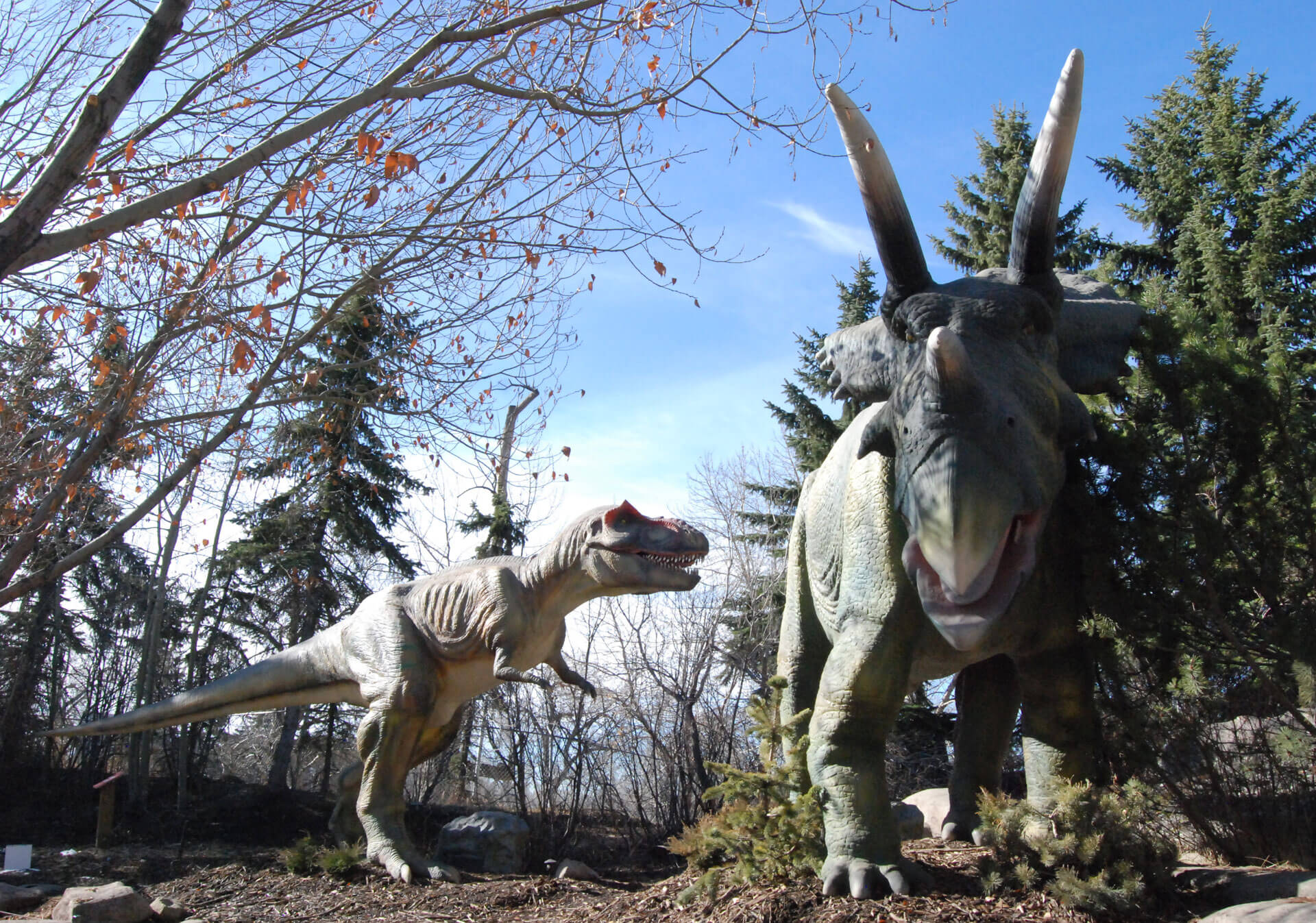 Where to See Dinosaurs in Calgary

The Cretaceous Seas and Lands exhibit at Mount Royal University brings you face to face with specimens of extinct dinosaurs, marine reptiles, and fish from across western North America during the Cretaceous Period, more than 65 million years ago. Casts on display were created using bones unearthed from the sea bottom in what is now the largest marine vertebrate exhibit in Calgary. The exhibit is open to the public and has been installed in the atrium and the ceilings in Mount Royal’s East Gate and B-Wing.

Other Places to See Dinosaurs in Alberta

This bonus dinosaur experience is a three hour road trip from Calgary for dino fans looking for more fossil discoveries. The Devil’s Coulee Dinosaur Heritage Museum features a Hadrosaur, a duck-billed dinosaur, nest, and embryo, along with ancient fossils, dinosaur models, and colourful dino murals. The Heritage Gallery will take you all the way from when dinosaurs roamed the Alberta landscape to modern history. 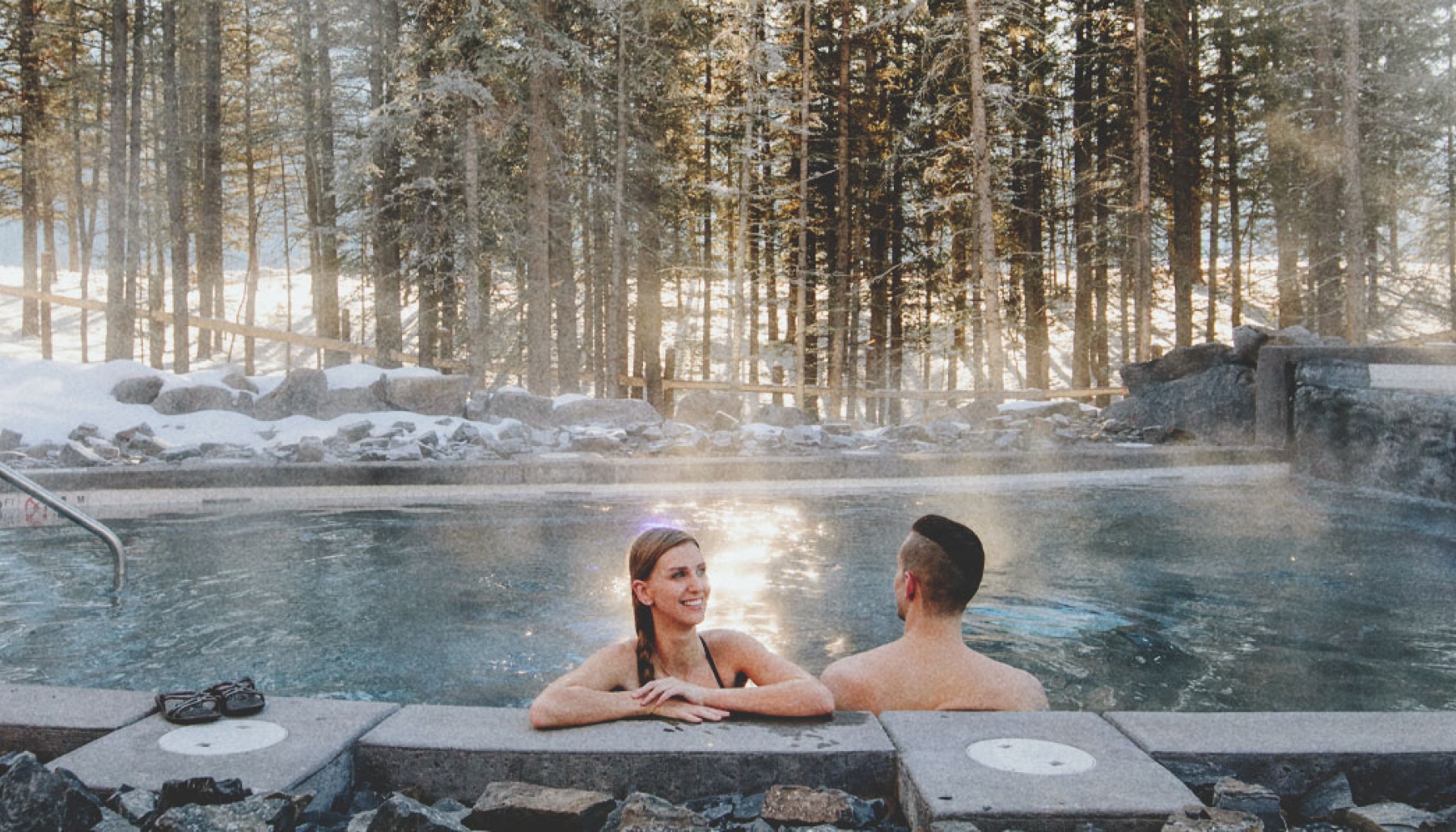 Explore our great region with attractions just outside of Calgary. 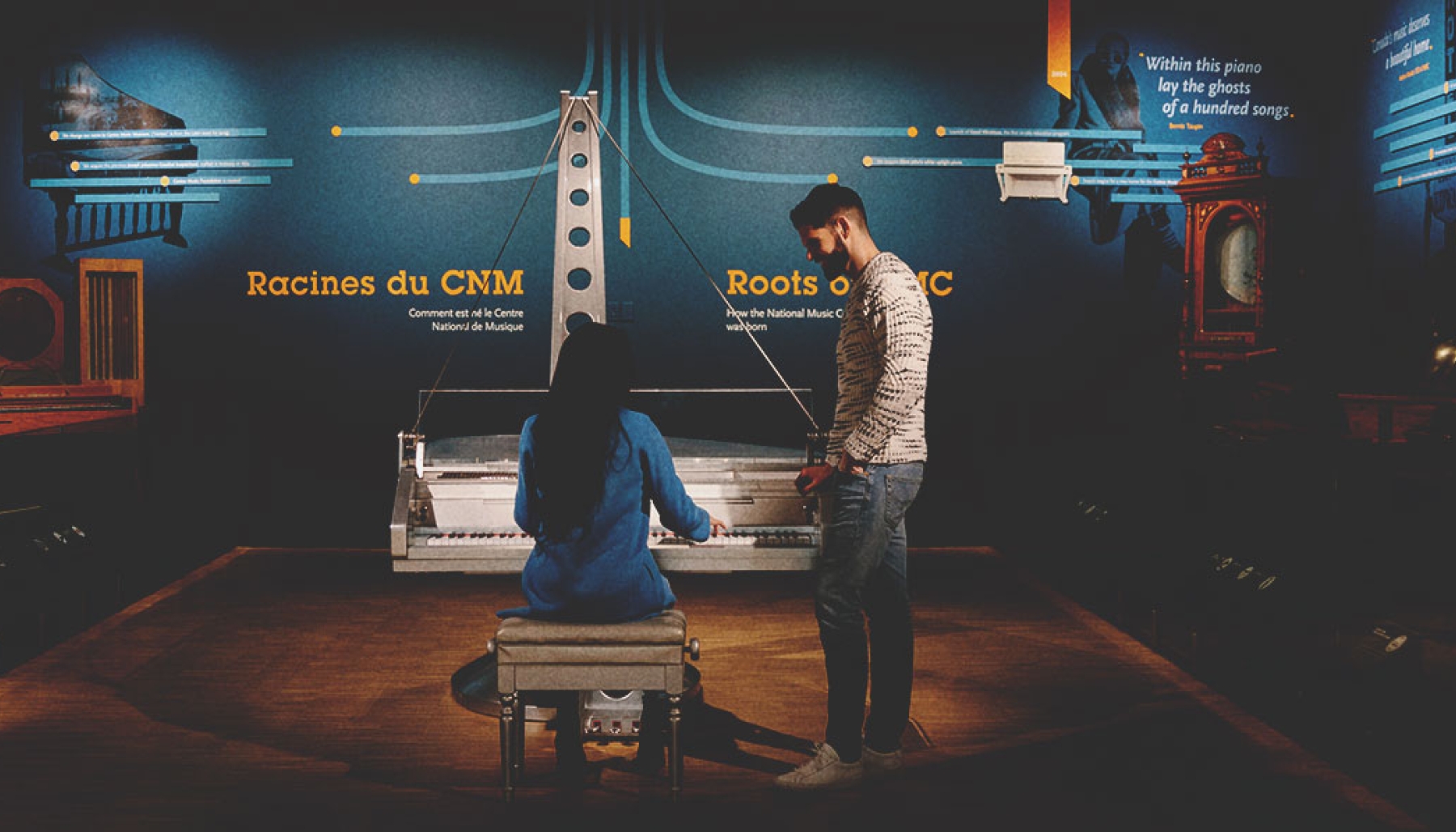