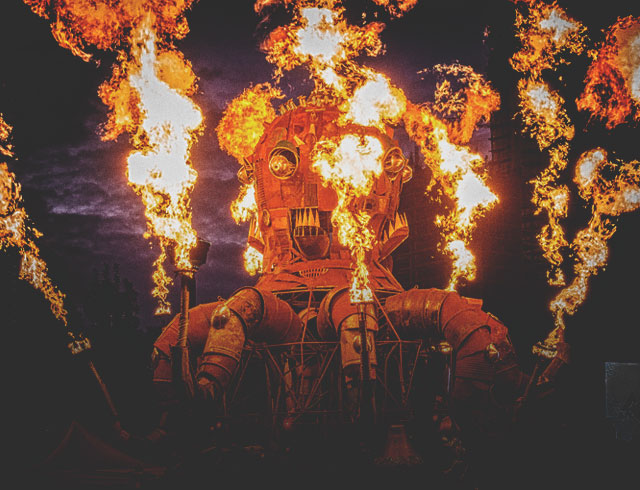 20+ Things to Do in September

These listings were compiled for September 2019.  Please verify the status of all events with the event organizer and refer to our COVID-19 Traveller Update for more information.

Fall is just getting started and the perfect chance to explore all the great things to see and do this September. From Beakerhead and Calgary Pride to the Canadian Country Music Awards, check out these great events in Calgary.

Beakerhead explodes in Calgary from September 16-20 with art, science, and engineering smash-ups that will surprise and delight everyone in the family. Four days of eclectic workshops, inspired shows and unique tours culminate in Beakerhead’s signature, one-night Spectacle at Prince’s Island Park featuring fire-breathing monsters, roaming contraptions, glowing fashion and much more.
Learn More 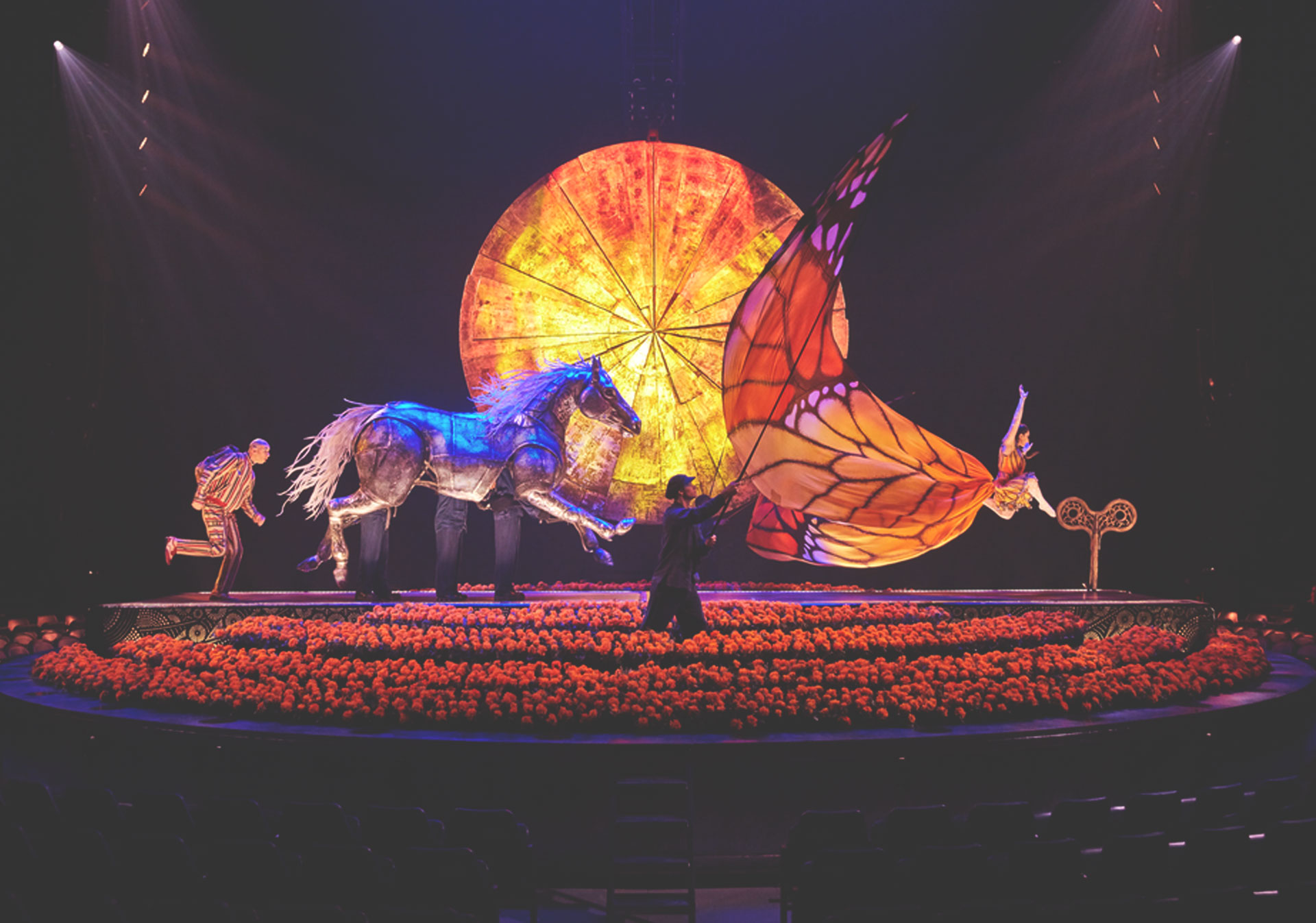 LUZIA: Cirque du Soleil showcases incredible acrobatics with intriguing and colorful sets and performances. This charming show takes you into an imaginary Mexico in a waking dream you will never forget.

Discover everything you need to know about LUZIA: Cirque du Soleil in Calgary.
Supress from menu
No

Dress up and enjoy Halloweekends at Calaway Park. Stroll through Hallotown, get your face painted, take a family picture, and enjoy the rides this fall.

When: September 7 – October 14 (Every Saturday, Sunday, and Holiday Monday) 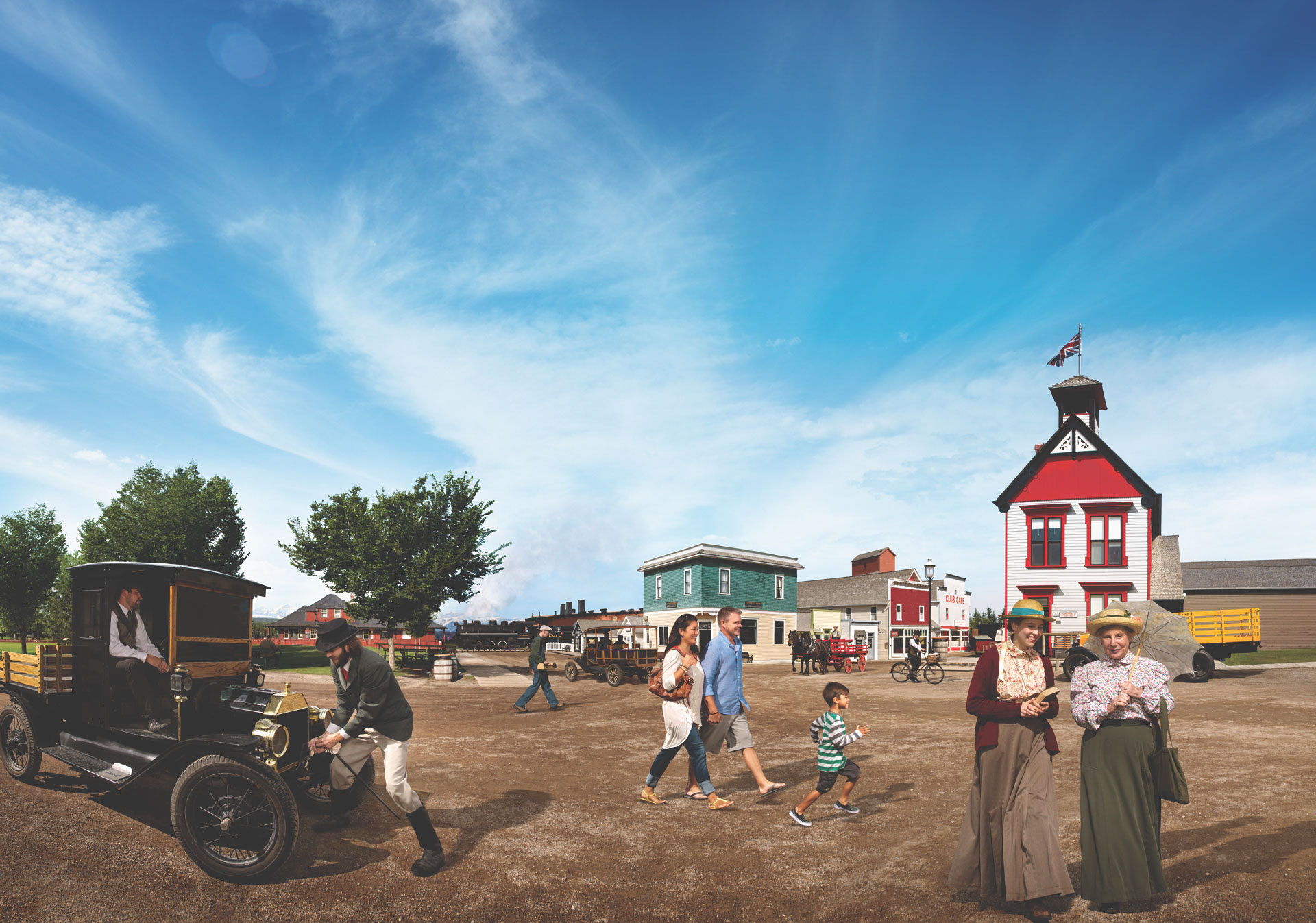 Experience western history come to life at Heritage Park Historical Village. From hundreds of preserved exhibits, rides, shops, daily demonstrations, and more, there is something to enjoy for all generations. 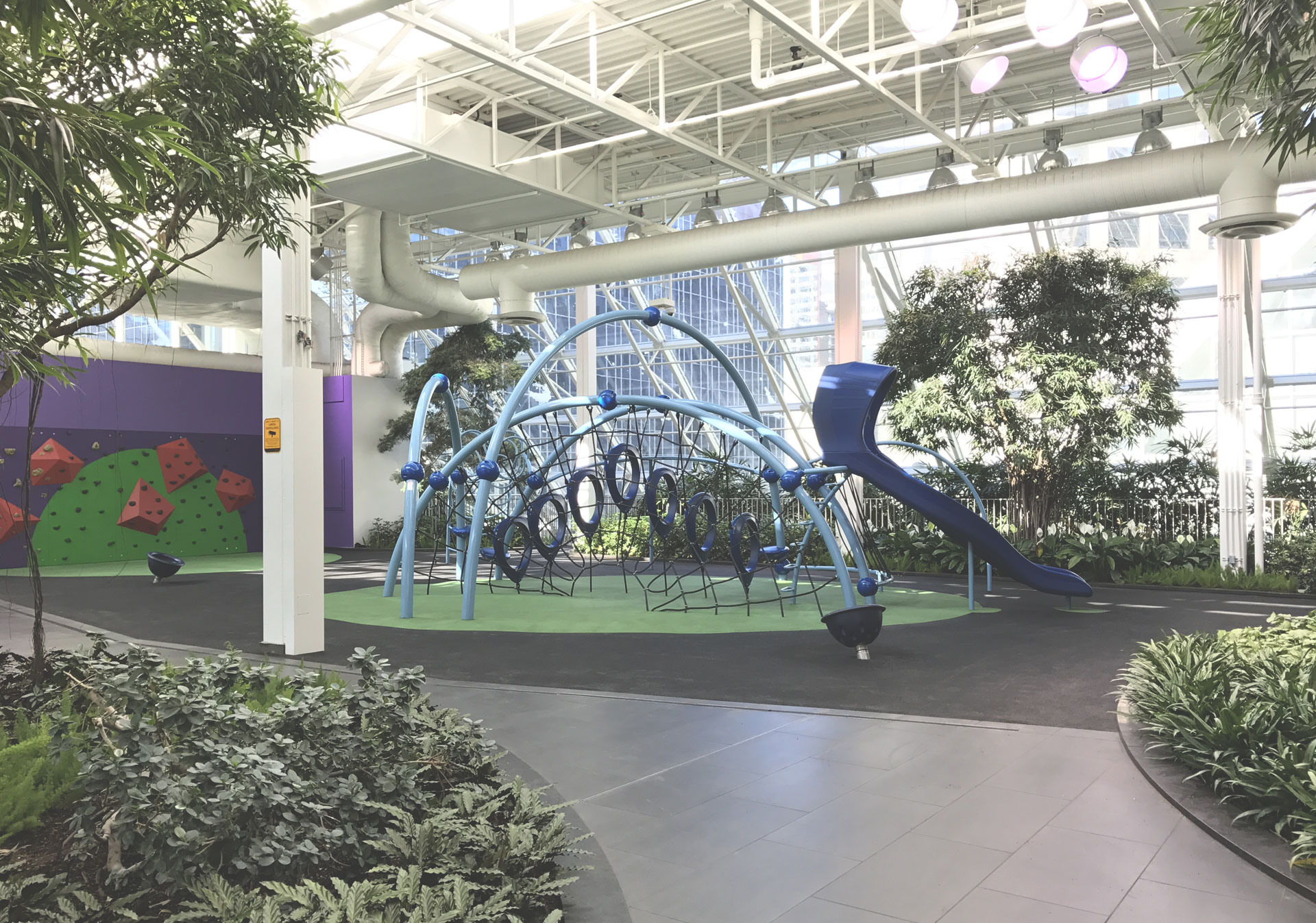 Let your kids enjoy the fun at the playground in the Devonian Gardens.

Located on the fourth floor of the CORE Shopping Centre, the Devonian Gardens is a relaxing and beautiful indoor garden with over 500 trees and 50 plants that is accompanied by a playground perfect for children.

Where: The CORE Shopping Centre

If you love running then check out these amazing running opportunities in September with Beat Beethoven, The Wild Run and Dash of Doom, presented by Run Calgary and local partners. 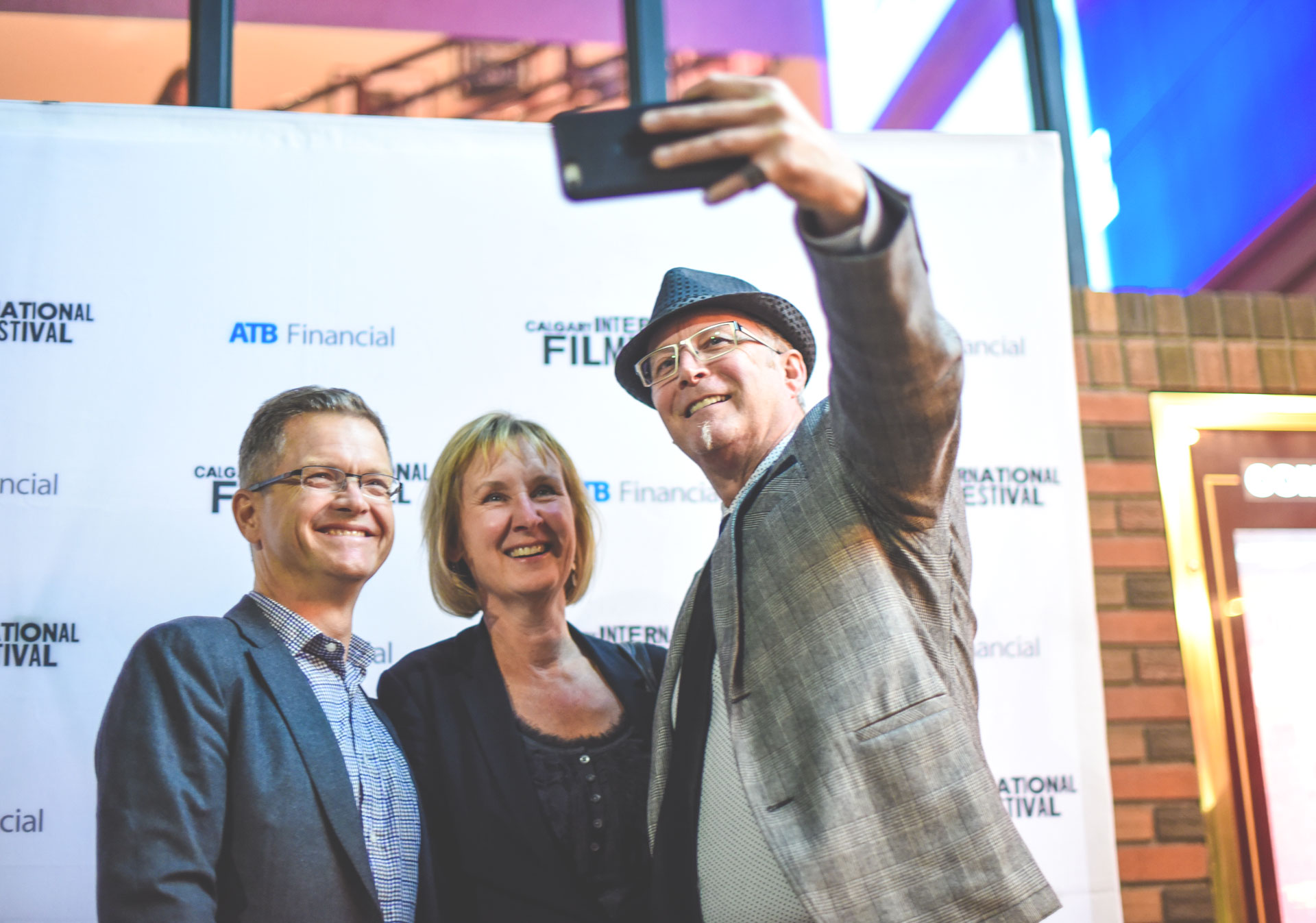 Watch over 100 films and meet emerging filmmakers at the Calgary International Film Festival.

Celebrating its 20th Anniversary, the Calgary International Film Festival is a 12-day showcase of up to 200 multi-genre feature and short films from Canada and over 50 other countries. Take part in the festival through gala events, screenings, special presentations, and a Behind the Screen series that emphasizes unique and exciting ways for filmmakers and fans to interact.

The PARK(ing) Day festival is an annual local event where citizens, artists, and designers collaborate to turn generic metered parking spaces into works of interactive art.

The East Side Studio Crawl celebrates all things art across six creative locations between Ramsay and Inglewood. Get inspired by creative artwork and get a chance to meet the inventive artists that work with the likes of paint, metals, and ceramics.

Celebrate the best of fall at the Tuscany Harvest Festival. Participate in family games, get your face painted, jump on the bounce castles, play Laser Tag, and so much more!

Three-time Country Music Association and six-time Academy of Country Music Aware winner Eric Church is comes to Calgary for the Double Down Tour this September.

The Kiwanis Apple Festival is a fun community event that celebrates the history of the Kiwanis community. Enjoy fun festivities like apple pike baking, face painting, and silent auctions.

Back to Top
Supress from menu
No 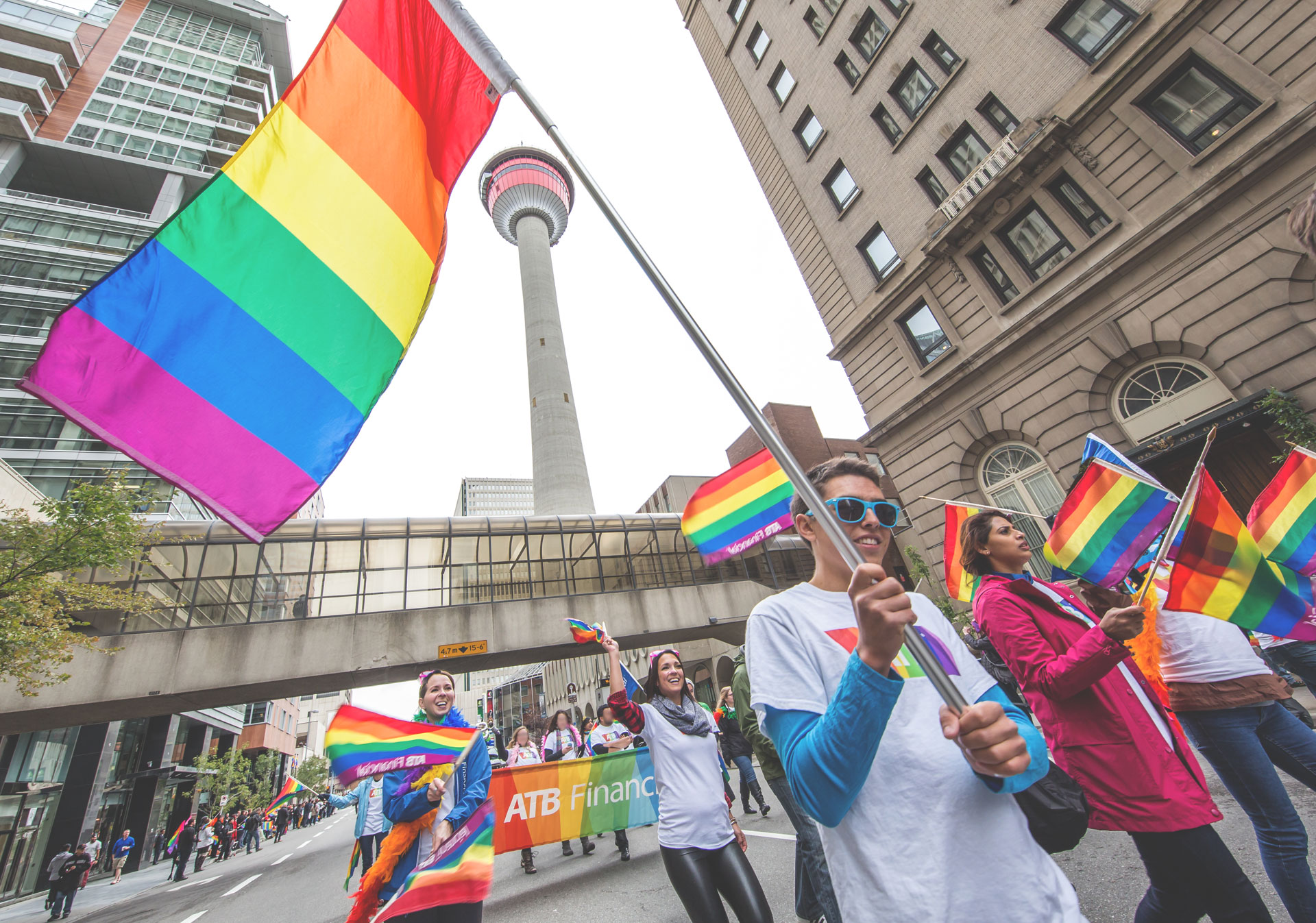 Join Calgary Pride and celebrate 11 days of festivities. The Calgary Pride Parade on September 1 brings together thousands of spectators to support and celebrate diversity and inclusivity in Calgary. While Pride in the Park is the post-parade hot spot, with food trucks, live performances, beer garden, wellness oasis, and a marketplace.

BBQ on the Bow

BBQ on the Bow celebrates the passion and joy of southern style barbecue. Taste delicious barbecue from a wide range of local BBQ competitors, food trucks, beer gardens, a kid’s zone and listen to great music in Shouldice Park. 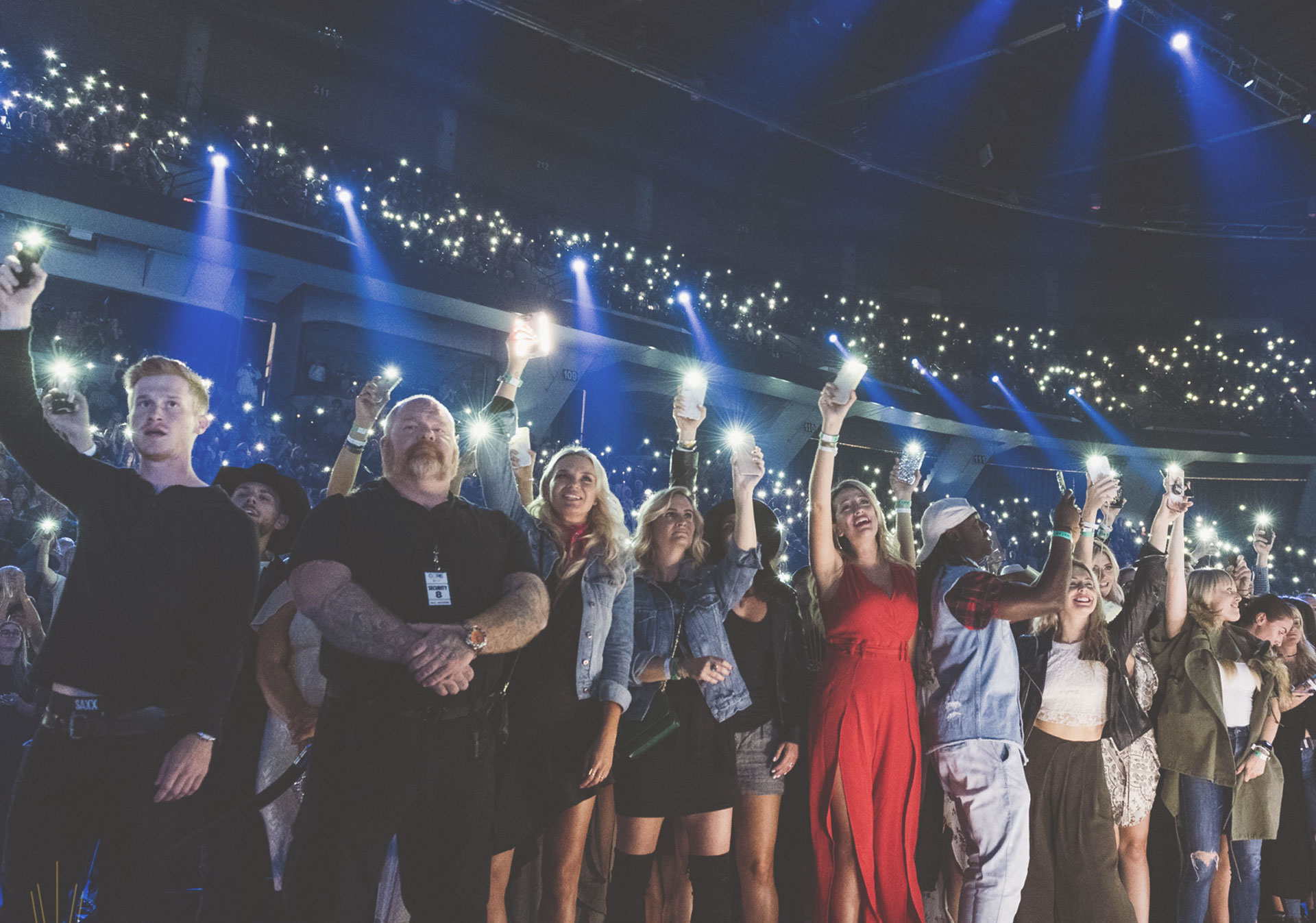 The most celebrated event in the Canadian country music scene features the country music week; a music festival, which includes CCMA Fan Village, a Songwriters’ Series, talent showcases, FanFest, and the Legends Show. The celebration culminates with the CCMA Awards Show, which is a two-hour live, television special highlighting a year in country music.

Be amazed by fantastic piano concert performances at the Honens Festival where the world’s finest pianists visit Calgary for four days of extraordinary music.

Travel to eight breweries at the Calgary Beer Run. Stopping at breweries like Eighty-Eight Brewing Company, Trolley 5 Brewpub, Inner City Brewing, and Cold Garden Beverage Company, participants get a chance to sample beer at each brewery while racing to the finish line.

Monster Jam is a live-sport event with incredible monster truck action. World-class drivers push monster trucks to the limits in competitions like Freestyle, Two-Wheel Skills Challenge, and Racing that will leave you on the edge of your seat. 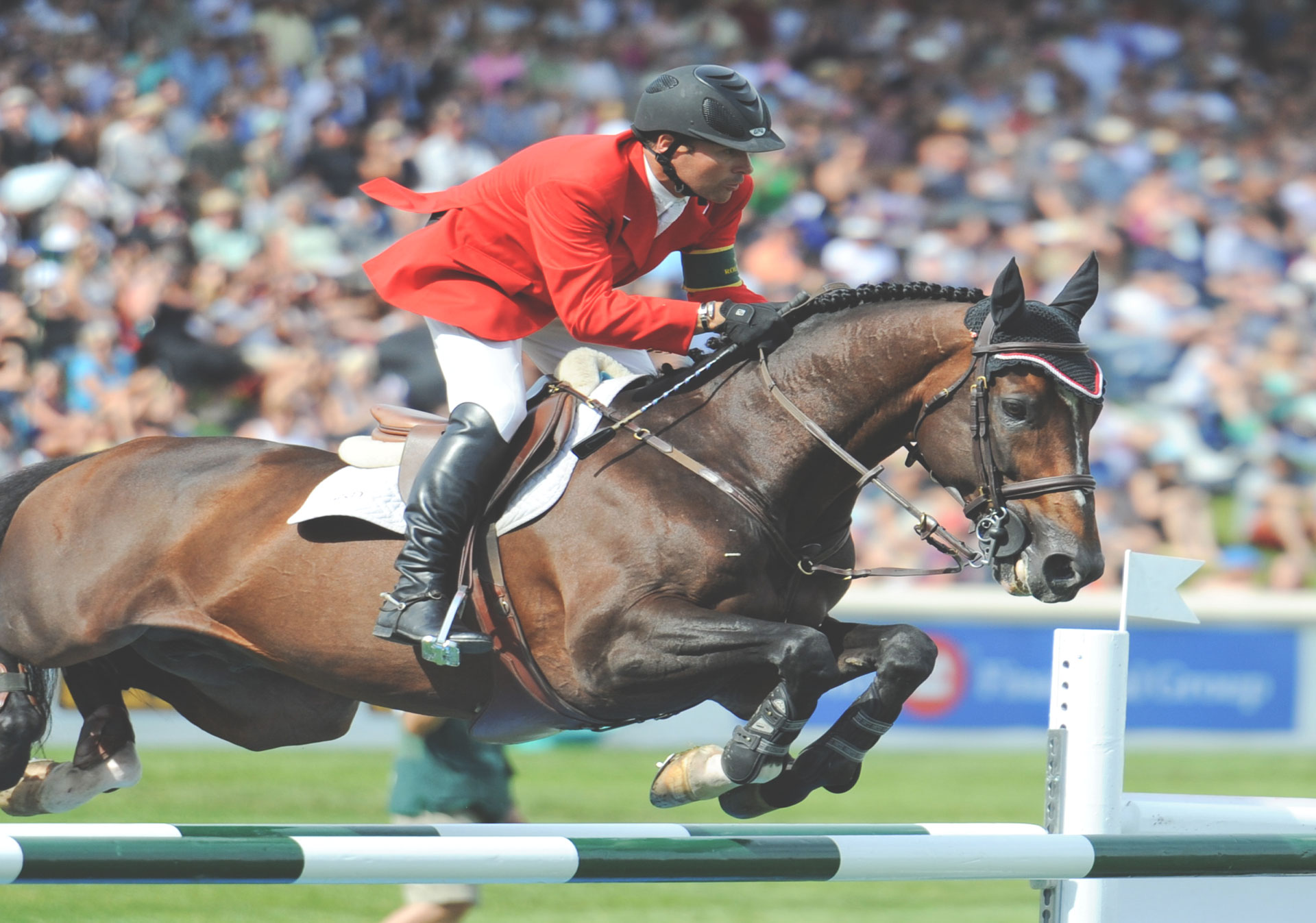 Watch incredible show jumpers from around the world compete at the Spruce Meadows ‘Masters’ tournament.

Don’t miss the best athletes from the world's top show jumping nations compete for prize money and international acclaim during the Spruce Meadows 'Masters'. Along with family entertainment and shopping opportunities for all who attend.

Get a thrill out of the Circle Carnival, Calgary’s celebration of the best things in life. Be sure to check out local food vendors, beer, live performances from notable artist, watch circus performances, loads of fun activities and don’t miss out on The Fast ‘n’ Furriest Wiener Dog Dash!

Named after a process used for brewing, The MASHING Festival brings together the best distilleries, breweries, and more in a unique space for sampling. Taste distinct flavours while enjoying live music, art installations, and more.

Let your imagination come to life at the Brix n Blox Lego Fan Expo. Build something incredible with your family or watch the Builders Contest where builders create build the most creative Lego creations of the day.

Visit Phil & Sebastian Coffee Roasters for an exclusive Roasterie Tour. This one-hour guided tour explores the history and business strategy of the company, while tasting delicious coffee. Have fun learning about the methods of coffee making and bring home a bag of coffee beans at the end of the tour.

When: Every Monday – Thursday

Come together for fun festivities, great food, and cold beers at the Big Rock Barn Burner. Enjoy live performances from Tokyo Police Club, Mt. Joy, Scenic Route to Alaska, at the brewery grounds as it transforms into the most unique music venue in the city.

Watch a story filled with bake-offs, laughter, and murder at the Murder Mystery Dinner Theatre – Love to Kill Ya Baby. Participate in this adult only dynamic theatre experience while trying to figure out who did it, all paired with a delicious dinner buffet. 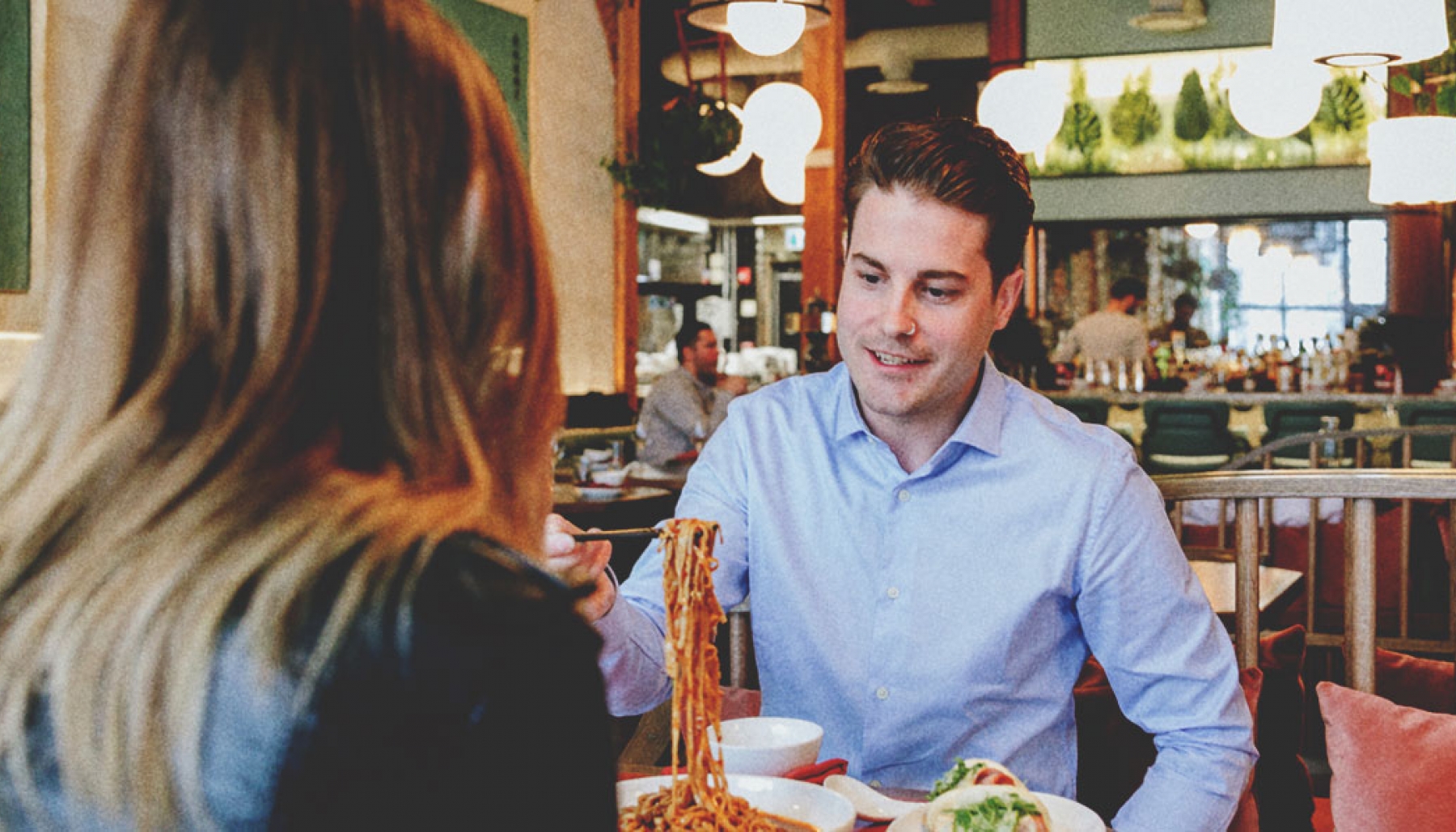 Make memories this fall with 48 hours in Calgary. 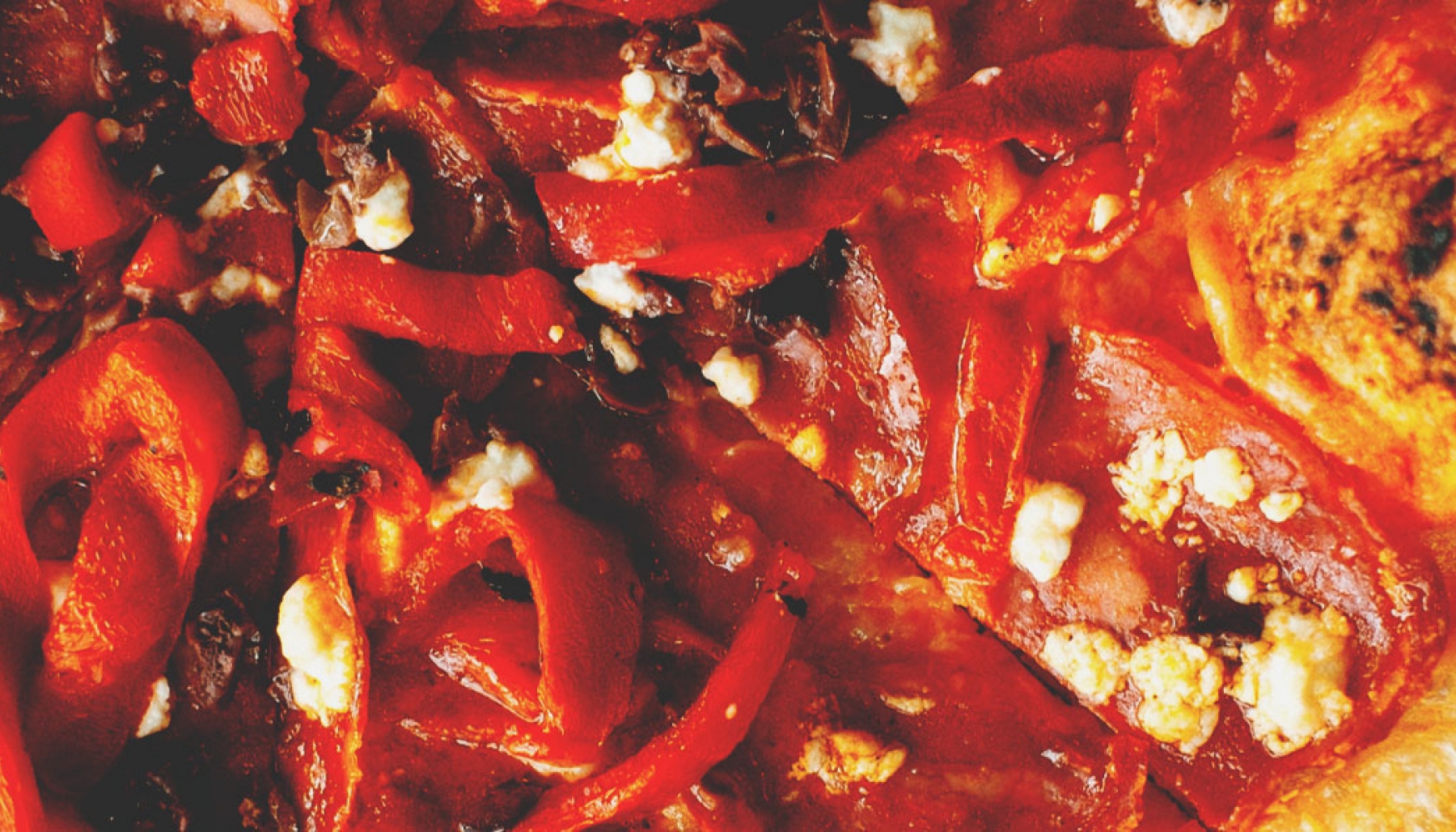 Thin crust, thick crust and everything in between, when it comes to pizza, Calgary delivers.