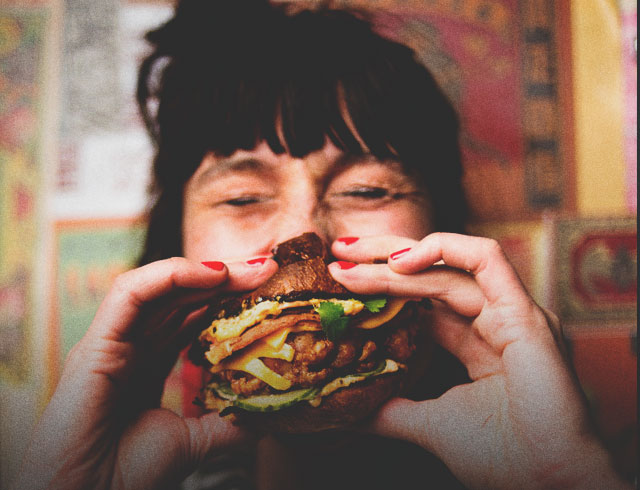 Please note: These events and activities are no longer up-to-date. Check back for updated event listings or explore visitcalgary.com for more great things to see and do in Calgary.

Make this March one to remember as the weather warms up and the Calgary Flames make a charge for the Stanley Cup Playoffs. From the YYC Food and Drink Experience and Alberta Ballet's Peter Pan to Peppa Pig's Big Adventure! and the Calgary International Salsa Congress, March is a great time to experience all of the amazing things to see and do in Calgary.

Vivian Maier: In Her Own Hands (POSTPONED)

Explore Vivian Maier: In Her Own Hands and discover the Chicago-based nanny who pursued photography in her spare time, capturing city images, and amassing more than 2,000 rolls of film and 3,000 prints over her career.

Stage West Theatre Restaurants presents The Outsider, a comedy about democracy and a comedic take on modern politics, all served with a buffet dinner.

Two hockey dads and their sons are sentenced to the dressing room to sort out a misunderstanding in Men Express Their Feelings, a hilarious, fast-paced comedy, in it’s world premiere.

Learn the history and stories of the past with Heritage Park Ghost Tours, a 90 minute guided tour through the streets and alleys of Canada's largest living history museum. 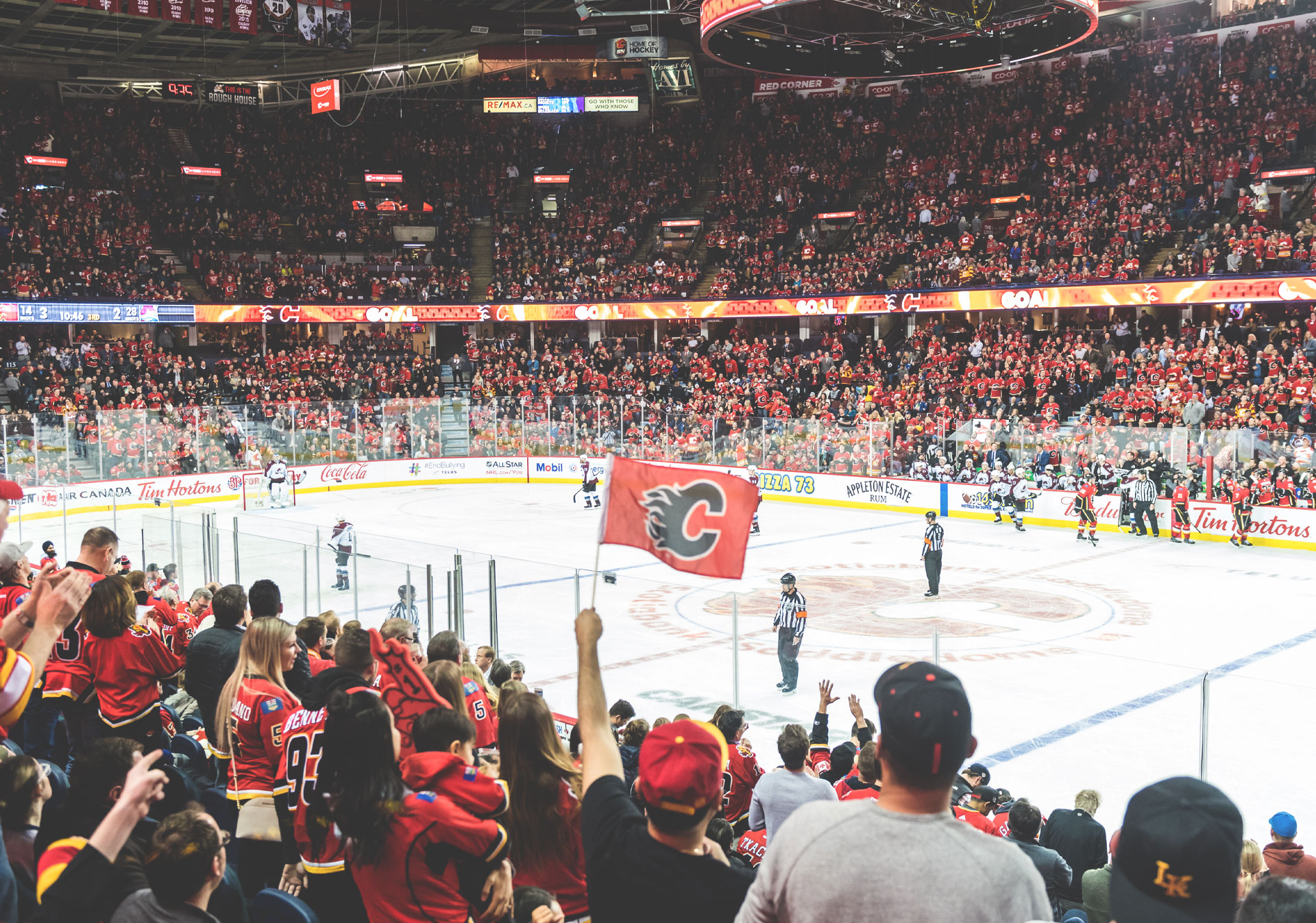 NHL action at the Scotiabank Saddledome.

Cheer on the Flames (POSTPONED)

Join the C of Red and cheer on the Calgary Flames with 9 home games in March at the Scotiabank Saddledome. There’s nothing like NHL action in Calgary.

5,000 years of wisdom, beauty, drama, and humour come to life on stage with Shen Yun, a world class theatrical journey of Chinese culture that will take your breath away.

Theatre Calgary presents Admissions, the critically acclaimed Broadway play about an admissions director and the struggle for inclusivity and diversity at a New England prep school.

The Glorious Sons: A War on Everything Tour (POSTPONED)

Canadian indie rockers The Glorious Sons come to Calgary for A War on Everything Tour, with special guests Black Pistol Fire.

Explore TELUS Spark Science Centre with Spark After Dark, an 18+ experience that gives you free reign over the galleries, a licensed bar, dance jams, and over 250 hands-on experiences.

Harry Potter and the Prisoner of Azkaban in Concert (POSTPONED)

Experience the magic of Harry Potter and the Prisoner of Azkaban in Concert as the original score of J.K. Rowling’s classic saga comes to life with the Calgary Philharmonic Orchestra.

Close out the winter jumping season with the Spruce Meadows Winter Farewell with horses and riders in the comfort of the indoor jumping facility. Admission and parking to this event are complimentary.

Cheer on the Roughnecks (POSTPONED)

Experience the energy and excitement of lacrosse action with the Calgary Roughnecks with 2 home games in March at the Scotiabank Saddledome. Come for the party, stay for the game.

Alternative rock band Wilco bring the Ode To Joy Tour to the Jack Singer Concert Hall for an intimate night of music in support of their latest album, with loveable frontman Jeff Tweedy. 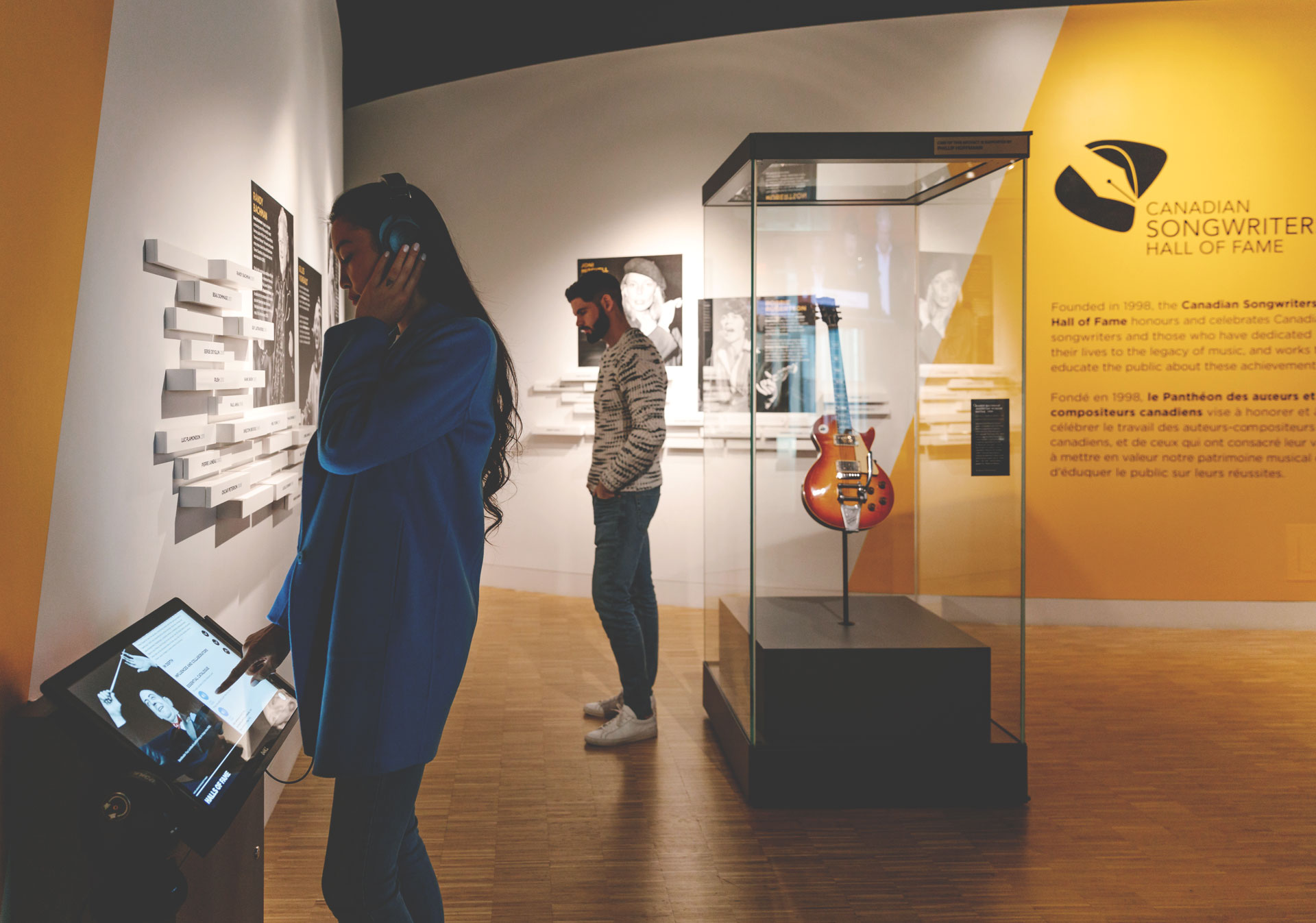 Make it a date with $10 Date Night at Studio Bell, with evening hours and a special discounted rate for visitors from 5:00 p.m. to 8:00 p.m.

Join the Calgary International Film Festival for Music on Screen Doc Series screening of Mr. Jimmy, the story of a Japanese teenager who performs Led Zeppelin concerts note-for-note until Jimmy Page stops by and changes his life forever.

Get your pixie dust ready for Alberta Ballet’s Peter Pan, the classic tale of the boy who won’t grow up, featuring an original score and critically acclaimed choreography.

Kick off the spring jumping season with the Spruce Meadows Spring Welcome with horses and riders in the comfort of the indoor jumping facility. Admission and parking to this event are complimentary.

What if Romeo and Juliet had lived? The Shakespeare Company presents A Tender Thing, a "remix" of the greatest love story ever told.

Inspired by the award-winning television series, Masters of Illusion brings together the most incredible grand illusions and laugh out loud comedy from the world of magic.

Gram Garden at The CORE (POSTPONED)

Snap your next Instagram shot at Gram Garden at The CORE Shopping Centre, located on the 2nd floor bridge near The Body Shop. Enjoy free activations like terrarium-building, makeup tutorials, and kids crafts, and be sure to enter the Instagram contest to win a $200 CORE gift card.

Where: The CORE Shopping Centre

The record-breaking Broadway show Chicago The Musical brings the razzle-dazzle of the 1920’s to the stage for a night of fame, fortune, and all that jazz.

Feel the energy of the Calgary International Salsa Congress, the hottest dance show of the year. This annual event welcomes some of the best dancers in the world for live performances, workshops, and the chance to dance with world champions.

Hits of the ‘70s: A Classic Rock Songbook (POSTPONED)

Hits of the ‘70s: A Classic Rock Songbook is a symphonic tribute to the greatest anthems of the vinyl years with Calgary Philharmonic Orchestra and classic songs like ‘Go Your Own Way’ and ‘Listen to the Music’.

Peppa Pig Live! Is back with a live show that features all your favourite characters taking an exciting camping trip in the woods, for a family friendly afternoon at the theatre.

Body Worlds: Animal Inside Out

From goats and giraffes to octopuses and ostriches, see the world’s most spectacular animals like you’ve never seen them before at Body Worlds: Animal Inside Out at TELUS Spark Science Centre.

These events have already taken place.

Local breweries sample their brews along with menu favourites, spirits, wine, cocktails, and live entertainment at the Brewchella Beer & Beverage Festival. Over 20 new beers will be on tap at CRAFT Beer Market.

Calgary’s top pubs and restaurants compete for the crown of tastiest wings at the 4th Annual Cowboys Wing Off. Enjoy all you can eat wings and cast your vote for the best.

The Irish dance and grand illusion sensation comes to Canada for the very first time. Celtic Illusion brings together contemporary Irish dance with mind blowing magic for an all ages, one-night show in Calgary.

Legendary Canadian singer songwriter Fred Penner celebrates a musical milestone with the Cat Came Back 40th Anniversary Tour from a career that has spanned generations of childhood memories. 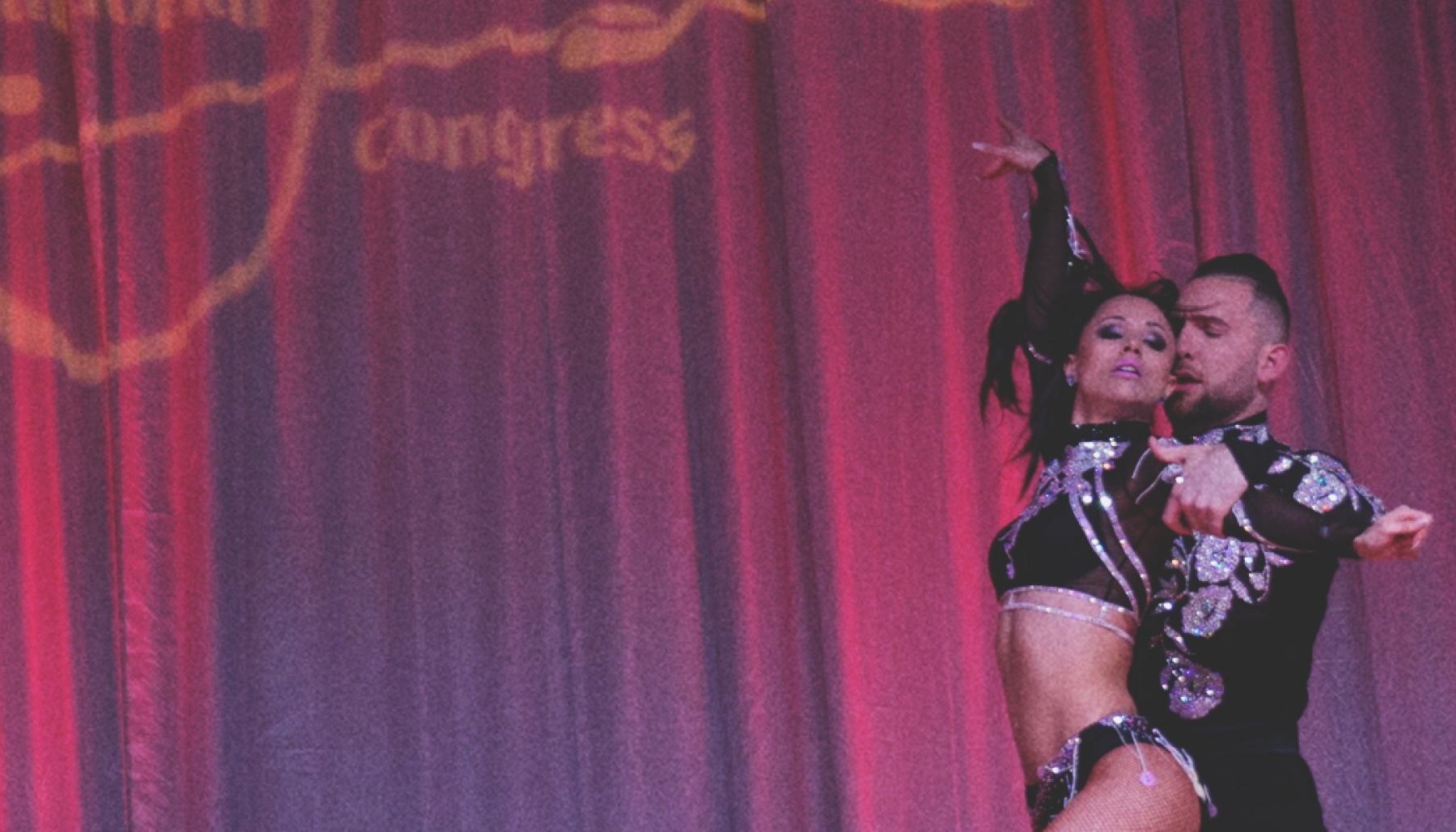 Dance the night away at the Calgary International Salsa Congress. 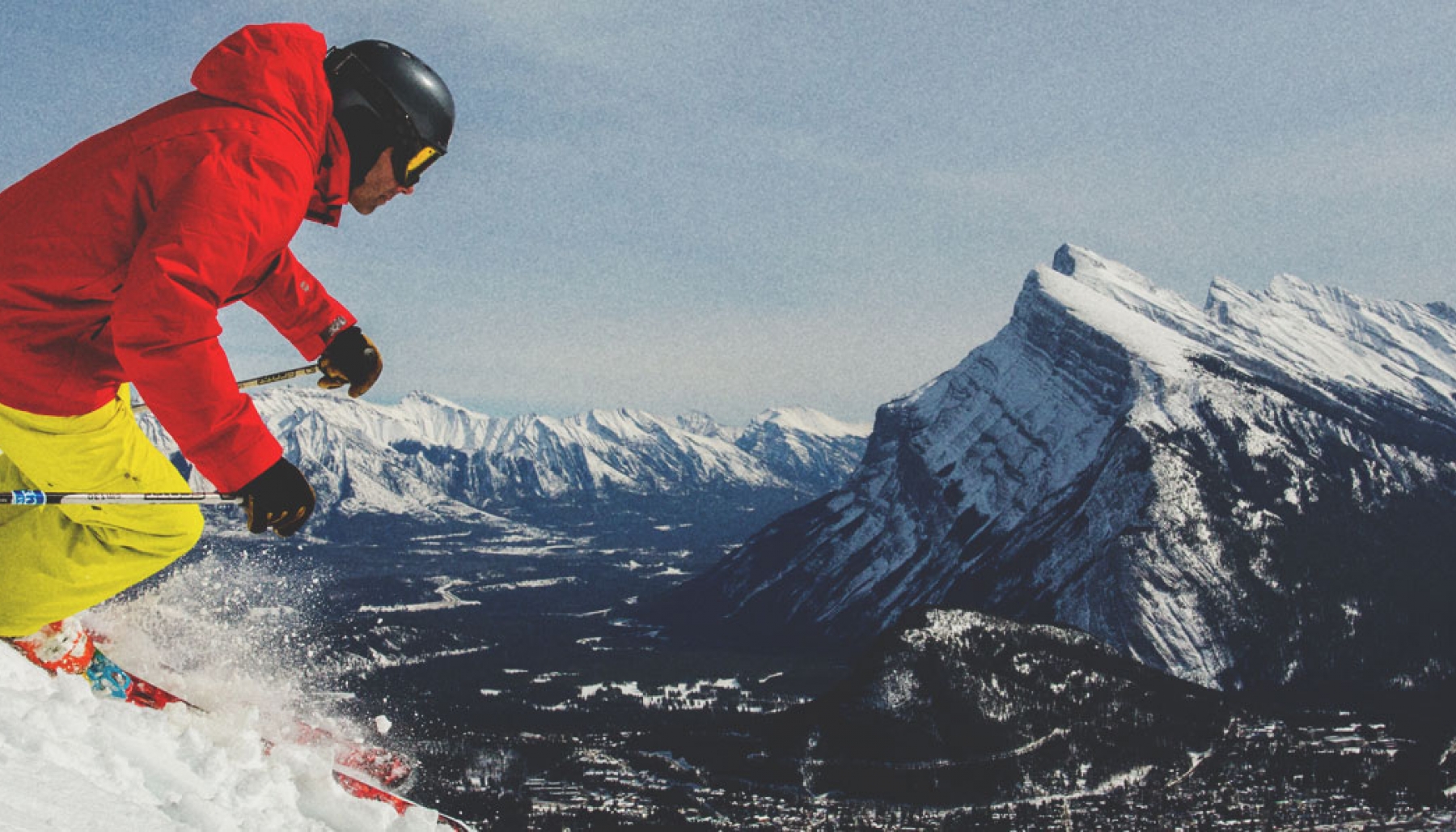 5 Days of Adventure in Calgary