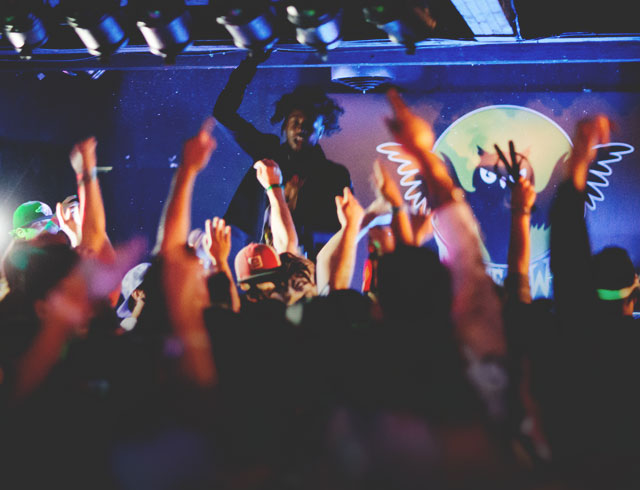 Things to do this June in Calgary 2022

Make this summer count with amazing things to see and do this June in Calgary. Get your laughs with standup comedy at FunnyFest and the Great Outdoors Comedy Festival, celebrate the return of the 4th Street Lilac Festival, discover western culture at Way Out West Fest, watch the best volleyball players in the world at the Women’s Volleyball Nations League, and get a front row seat for Sled Island. It’s all happening this June in Calgary.

Take a step back in time at Heritage Park Historical Village! Explore over 180 exhibits and 55,000 artifacts in this lush parkland this summer. Play on the antique midway, ride the steam train and take an afternoon trip on Calgary’s only steam powered paddle wheeler boat. Get your annual membership today at heritagepark.ca to help support the preservation of Alberta’s history & culture!

In the mood for an unforgettable show this summer? Experience the live musical “Songs for a New World” at the award-winning Rosebud Theatre! A short drive from Calgary, take a scenic trip to the beautiful hamlet of Rosebud, AB and enjoy both a live show and delicious buffet at this iconic venue. Perfect for families with children aged 10 and up, this show is sure to be a hit - visit rosebud theatre.com for tickets.

Experience the Past at Heritage Park

Mine for coal at Prospect Ridge and ride the train or the S.S. Moyie – Calgary’s only steam powered paddle wheeler! Play games at the Indigenous Settlement and learn about the spooky history of the Prince House. Then grab an ice cream at the Midway or a refreshing drink at Drew’s Saloon. Memories are made at Heritage Park.

Laugh along to the FunnyFest Comedy Festival with headlining comedians and six comedians per show. Get your tickets now for the ultimate festival of laughs in Calgary.

The Fairy Tales Queer Film Festival features over 45 films over the 10 day festival, including documentaries, features, shorts, and animation. Get your tickets now for the longest running queer film festival in Canada, celebrating its 24th year.

Cheers to a hoppy night at the Wilder Institute/Calgary Zoo with Zoo Brew, an adults-only evening of local craft beer, local food, and fun activities.

The 4th Street Lilac Festival is a Calgary tradition and the start of festival season in the city, featuring FREE music, entertainment, and over 500 vendors for all ages.

Lunchbox Theatre presents Heaven, the little-known true history of Black pioneers in the prairies. A story of resilience, love and baseball. Performances Tuesday to Sunday.

Cheer on the Calgary Stampeder’s Regular Season Kick Off at McMahon Stadium vs the Montreal Alouettes. Be there for kick-off at 7:00 p.m. for the start of another exciting season of CFL action.

Spark After Dark “Beyond the Rainbow"

The Jann Arden Live! Cross-Canada Tour comes to the Grey Eagle Resort & Casino in Calgary for a night of classic songs from the beloved Canadian musician.

Arts Commons, Calgary Philharmonic Orchestra, and Theatre Calgary present Ragtime: A Concert Performance, celebrating the power of music in the world premiere of a new adaptation by the acclaimed Boston Pops orchestra of this Tony Award-winning musical.

The THIRD ACTion Film Festival celebrates five years with a weekend festival of film and talks. Join online or in-person at the Patricia A. Whelan Performance Hall at the Central Library and get festival passes, bundles, or single tickets now.

Where: Online and Patricia A. Whelan Performance Hall at the Central Library

New in 2022, the Spruce Meadows Founders’ Classic features international athletes at this world class equestrian facility in Calgary. Purchase tickets ahead of time.

Way Out West Fest celebrates the diverse culture and spirit of the modern West with sport, music, art, history, culinary, and craft activities and events.

Enjoy the Spruce Meadows National with your family and explore shopping, pony rides, a salute to First Responders, and more. Purchase tickets ahead of time.

Trevor Noah: Back to Abnormal Tour

Join comedian Trevor Noah for the Back to Abnormal Tour at the Scotiabank Saddledome in Calgary, presented by Just for Laughs.

Celebrate Father’s Day Weekend with the 9th Annual Wings and Wheels at The Hangar Flight Museum, a vehicle show and shine with some of the aircraft open for interior viewing. Helicopter tours will also be available for an additional cost. Dads get FREE admission to the museum with the purchase of a regular admission.

Where: The Hangar Flight Museum

Father’s Day at the Track

﻿On Father's Day, bring the whole gang and treat Dad to a special day at the Track starting with a delicious Buffet from 11 am to 2 pm then stick around and watch as some of the 'best in the west' compete in the Regional Driving Championships. Post time for harness racing is 2:15pm

Celebrate dad with these with these family friendly activities and events happening this June in Calgary.

New Blood: A Story of Reconciliation

An Evening with Jane Goodall

The Jane Goodall Institute Presents An Evening with Jane Goodall at the Southern Alberta Jubilee Auditorium as she shares her message of hope and inspires people around the world to take action. 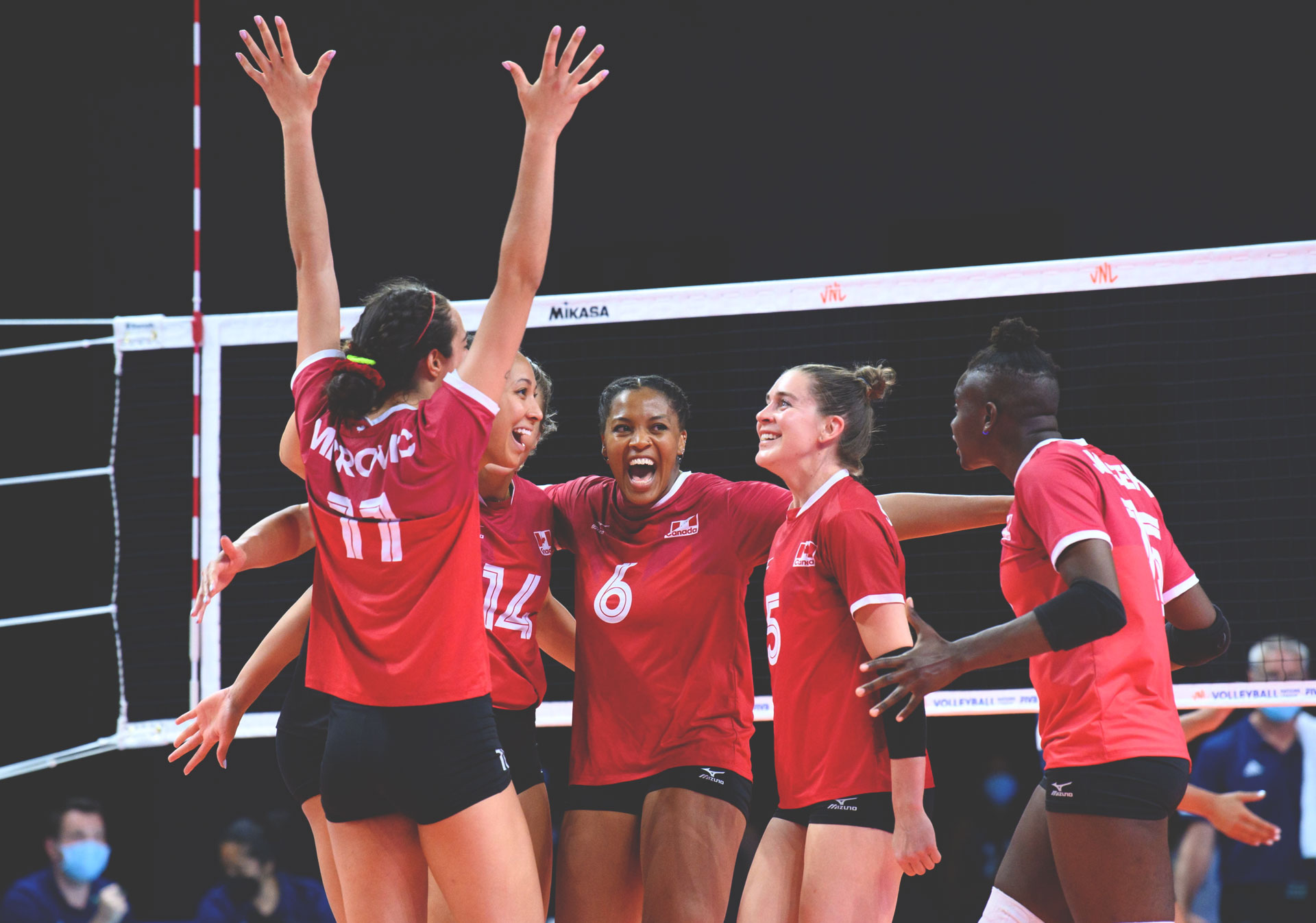 Get a front row seat for world class volleyball action at the Women’s Volleyball Nations League, featuring the top women’s volleyball teams from around the world.

Outback presents Canadian comedian Russell Peters and his Act Your Age World Tour at the Scotiabank Saddledome in Calgary.

The top riders in the world return for the Spruce Meadows Pan American at this world class equestrian facility in Calgary. Purchase tickets ahead of time.

Back by popular demand from Australia, Queen: It’s A Kinda Magic is a night of non-stop live rock anthems including We Will Rock You, We Are the Champions, I Want To Break Free, Somebody Bites the Dust, A Kind of Magic, and Bohemian Rhapsody. 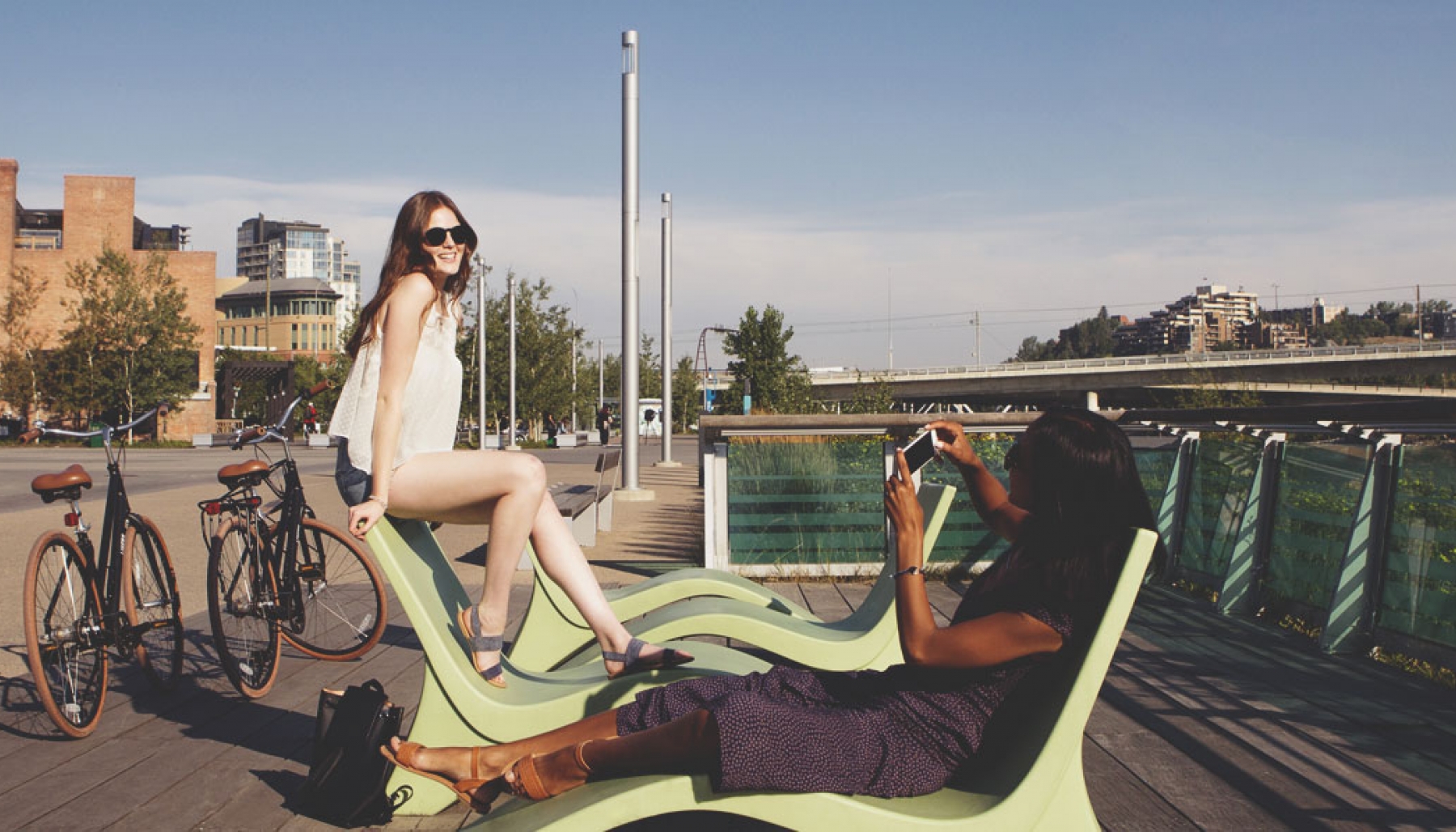 Outdoor Summer Activities in and Around Calgary

Discover fun things to do in Calgary this summer.