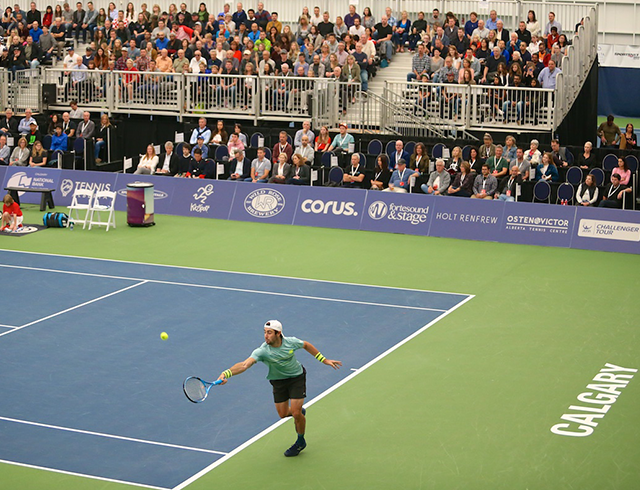 Feb. 4, 2020 – This month, Calgary is gearing up to host a series of high-performance sporting events that highlight top local, national and international athletes. From competitions on the rinks and slopes at WinSport to the world’s fastest ice at the Olympic Oval and the courts at the OSTEN & VICTOR Alberta Tennis Centre, February is a great month for fans of all ages to enjoy a wide-range of sporting events.

“With four elite sporting events being hosted across multiple venues in our city this month, there’s no shortage of opportunities for Calgarians to get out to watch top-performing athletes compete live,” said Jeff Daniels, Executive Director of Sport, Culture and Major Events, Tourism Calgary. “Tourism Calgary is proud to support these noteworthy competitions and to showcase our city’s hosting abilities to event organizers, athletes and fans from around the globe.”

Calgary is a city with hosting in its DNA, and throughout the next month, it will serve as the ultimate host city for the following events:

Tourism Calgary is the official destination marketing, sales and development organization for Calgary's tourism industry. For more than 50 years, the organization’s primary purpose has been to promote Calgary and area as the destination of choice. With a vision of making Calgary the ultimate host city, Tourism Calgary markets the city locally, nationally and internationally and advocates for its ongoing development as a destination. The organization hosts and attracts visitors, events, meetings and conventions and activates the city by fostering the growth of shareable, memorable experiences. Calgary’s tourism industry contributes more than $2 billion in visitor spending by nearly 8 million visitors annually.

You can find the best online HTML, CSS and JS tools at html-css-js.com: editors, code optimizers and more.